Lafayette history in an hour

While reading my favorite Mississippi blog on Mississippi Preservation, I linked to the National Register of Historical Places, Lafayette County. I scrolled all the listings for the area, some of which I have visited, and others which were new to me. I had a couple of hours to wait before an appointment, so I decided to check out the sites I had not known about previously.
First up was the Hopewell Presbyterian Church--which was no easy thing to find. It is a bit over 5 miles out of town, and is now used as part of a church camp. The significance is identified (by NRHP) as architectural, and it represents mid-19th century revival style. This building was built in 1866, after the first log building housing the church burned. 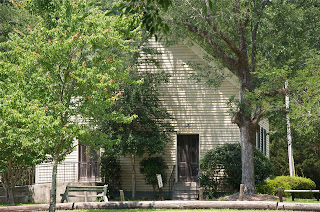 Next up was Ammadelle. I knew by the location on Lamar Street that I had to have seen it, but I had no idea which house, or why it was listed. There is no place to park on Lamar, and in 100 degree temperature, I was unwilling to park and walk. This photo is from Joseph's collection. The historical significance (per NRHP) is in the architecture, which is Italianate. The architect was identified as Calvert Vaux, and apparently, this is the only house in the South that he built. 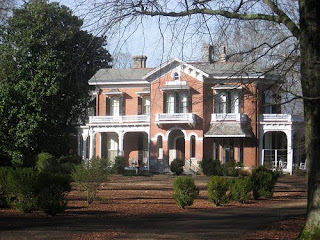 Relying on GPS, I also found the Isom Place--another building with no street parking. This photo is from the archives of the federal government (and thus in public domain). Apparently, it is not the architecture, but the historical importance of the person who lived in the house that merits the historical designation. (I was glad to learn that, as I was concerned when I was not unduly wowed by the house itself after locating it). Dr. Thomas Dudley Isom was an educator, and Howorth's site indicates that the charter for the University of Mississippi was signed in the dining room of this house. It currently houses the Barksdale Reading Institute, which seems fitting given the history of Isom. The Barksdale Institute is doing important educational work in the Mississippi Delta. Given that from my perspective since moving here, many of the issues in this state are related to inadequate education--and literacy in particular--it is a fitting use of the house. 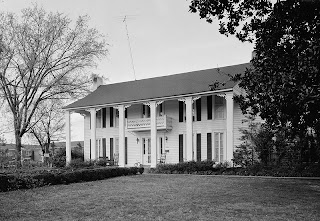 It took forever (almost all of my remaining time) to find the Lamar House--the Lucius Quintus Cincinnatus Lamar House. I have rarely been in this section of the town, even after 7 years. Streets in this area are sometimes one-way, sometimes broken up by dead ends or other oddities, and it took a good deal of perseverance to finally locate it. 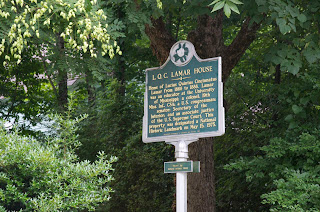 Again, the significance is the historical value of the individual. What I did not know until later research, was that the house has only recently been restored, partly due to efforts of the Oxford Lafayette County Heritage Foundation. 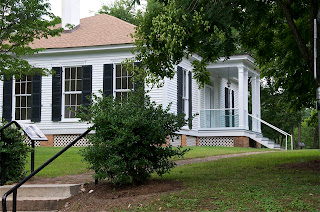 These two photos are from the OLCHF. The first shows the condition of the house prior to the renovation efforts, and viewed in that light, it emphasizes the importance of saving historic locations. 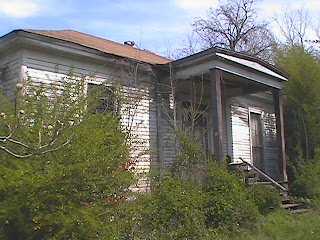 This photo was identified as the house in 1929. To my untrained eye, it does appear as if there have been changes over time. (Shutters and the porch roof and columns in the current renovation differ from the 1929 photo and the one prior to restoration, for example). 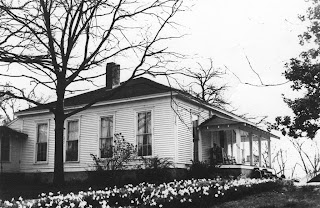 The point of the excursion was just finding out what was in my own back yard.
Posted by Suzassippi at 6:02 AM

What a great way to spend some extra time, even if it was hot as the dickens! Thanks for sharing your discoveries and your thoughts about Lafayette County's historic buildings.

I'm amazed by how much Ammadelle looks like Mount Holly.