Day in the Delta Part III 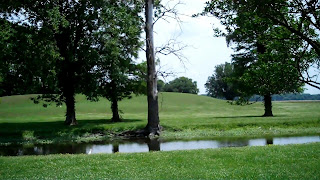 Just out of Greenville on Hwy. 1, following the Mississippi levee, is Winterville Mounds. This is one of the delta locations for Native American mounds. These were constructed and occupied 1000 AD-1450 AD. This is one of the smaller mounds, but the one just beyond it is 55 feet tall, and served as the prominent mound in the series. Mounds were the site of several sacred structures and ceremonies. There were as many as 23 mounds in this site originally, but many were leveled due to farming and construction. 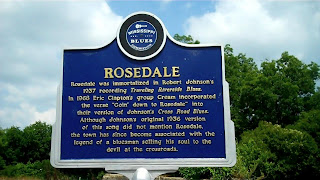 It was interesting to listen to the difference between Johnson's version of the song and Eric Clapton's version. 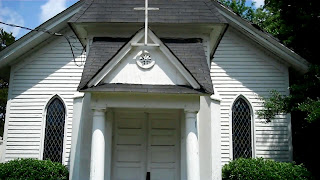 The Grace Episcopal Church in Rosedale, was built in 1879, and is "Carpenter Gothic." It is the oldest extant church in Bolivar County. I tried to upload a video as the birds were flying around, singing, but it failed, as usual. In all the efforts I have ever made to upload a video, only one has ever actually posted. 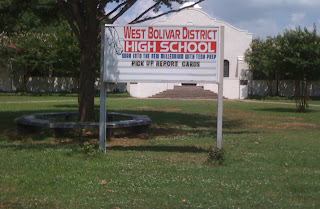 As I drove throughout the Delta, I noted similar signs in front of many of the high schools. Tech Prep is a fairly recent Mississippi education venture, and is described as an alternative to traditional college prep high schools. The "enhanced vocational programs" have replaced many general courses of study in schools throughout the state. 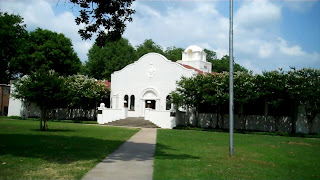 While on the one hand, some of the things I read sounded excellent (the goal is to make connections between studies and work, emphasizes integrated learning, focuses on reading, writing, speaking, and listening, and is performance-based), it also reminded me of earlier efforts to channel some students into vocational education and the workforce, rather than encourage college. In West Bolivar, 90% of the students qualify for the free lunch program, which provides an indication of the poverty in the area. Rosedale is 70% African American. 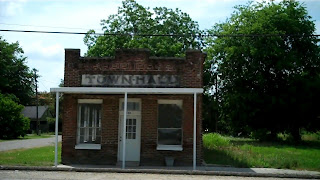 Duncan, a hop, skip, and a jump down the road, has a population of about 578. The median income is $14,000, compared to the state's median of $41,000. They have an elementary school for K-3rd grade, and have 238 students. The population is 78% African American, and a whopping 6% is Irish, followed by 3% Hispanic. With the exception of 4 Hispanic children and 1 white child, the enrollment of the school is African American. The closest school past 3rd grade is at Shelby, approximately 5 or so miles further down the road. Shelby is also the closest library.
This represents only a smattering of the similar communities through which I passed on my way home.
Posted by Suzassippi at 10:45 AM