In January 2013, I made my first submission to the Living New Deal, and by the end of December, the number had grown to 62.  The first submission was the Houston, Mississippi post office and mural.
The 62nd submission that year was for the Mt. Pleasant Texas Golf Course, designed by golf course architect Perry Maxwell. 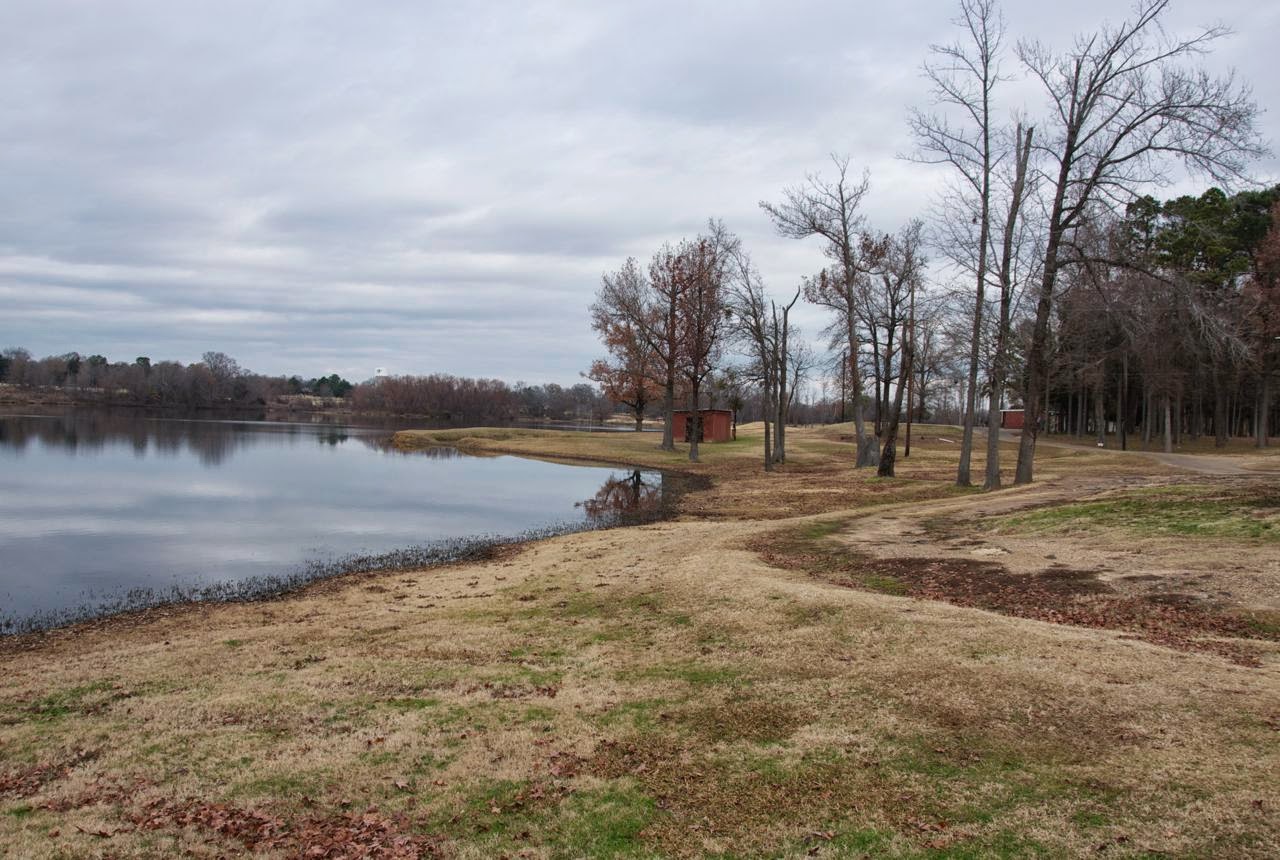 Submissions in 2014 more than tripled to 213, and 33 of them involved road trips to take photographs.  Just around the corner from Mt. Pleasant, the first submission of the year for 2014 was the Miller County Courthouse in Texarkana, Arkansas. 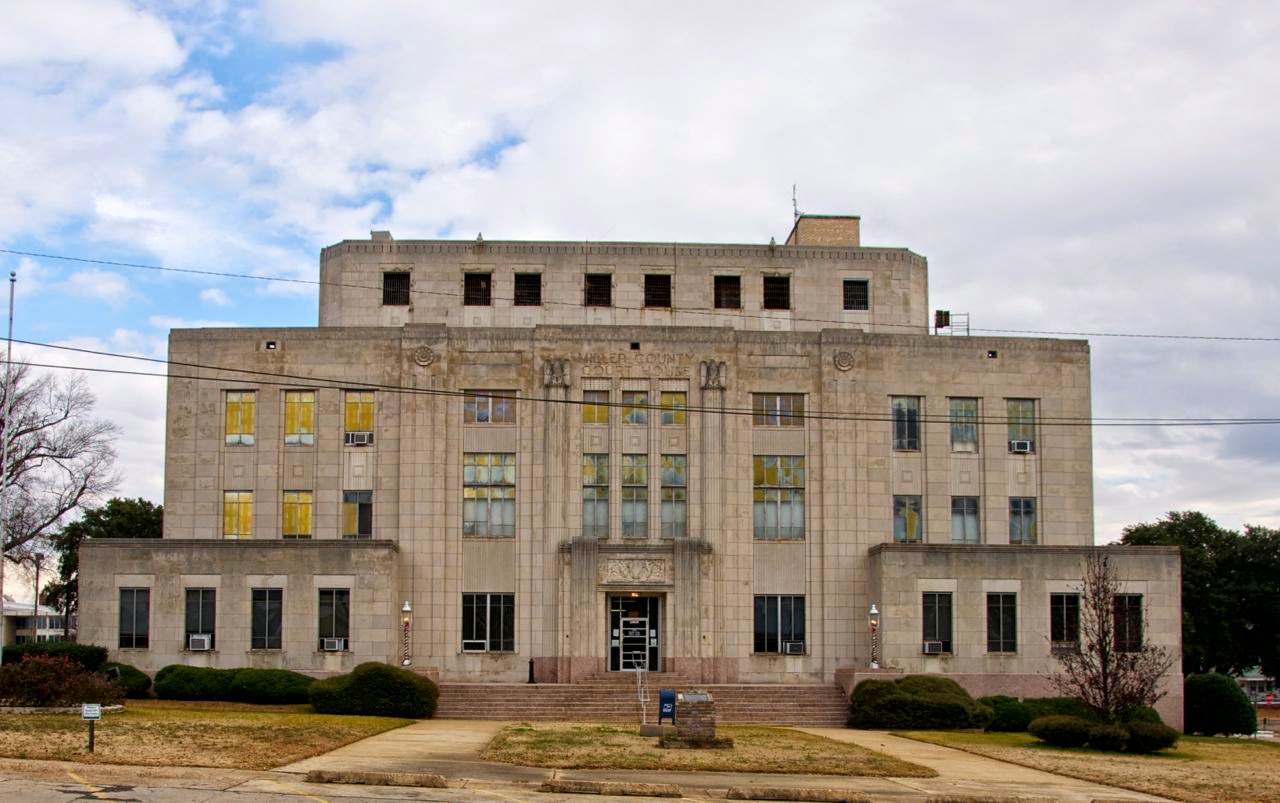 My favorite piece of research was the work on the resettlement communities, including Lake Dick and Plum Bayou in Arkansas.  The one I spent the most time on, digging for confirmation that it was a WPA project was the Newcastle gymnasium.  I remembered the old rock gymnasium, and Dad remembered it was built by the WPA, but I could not find confirmation.  I knew the year 1931 on the marker could not be correct.  I finally located the references to its construction in 1937 in newspaper archives, making it almost 2 years that I searched for information. 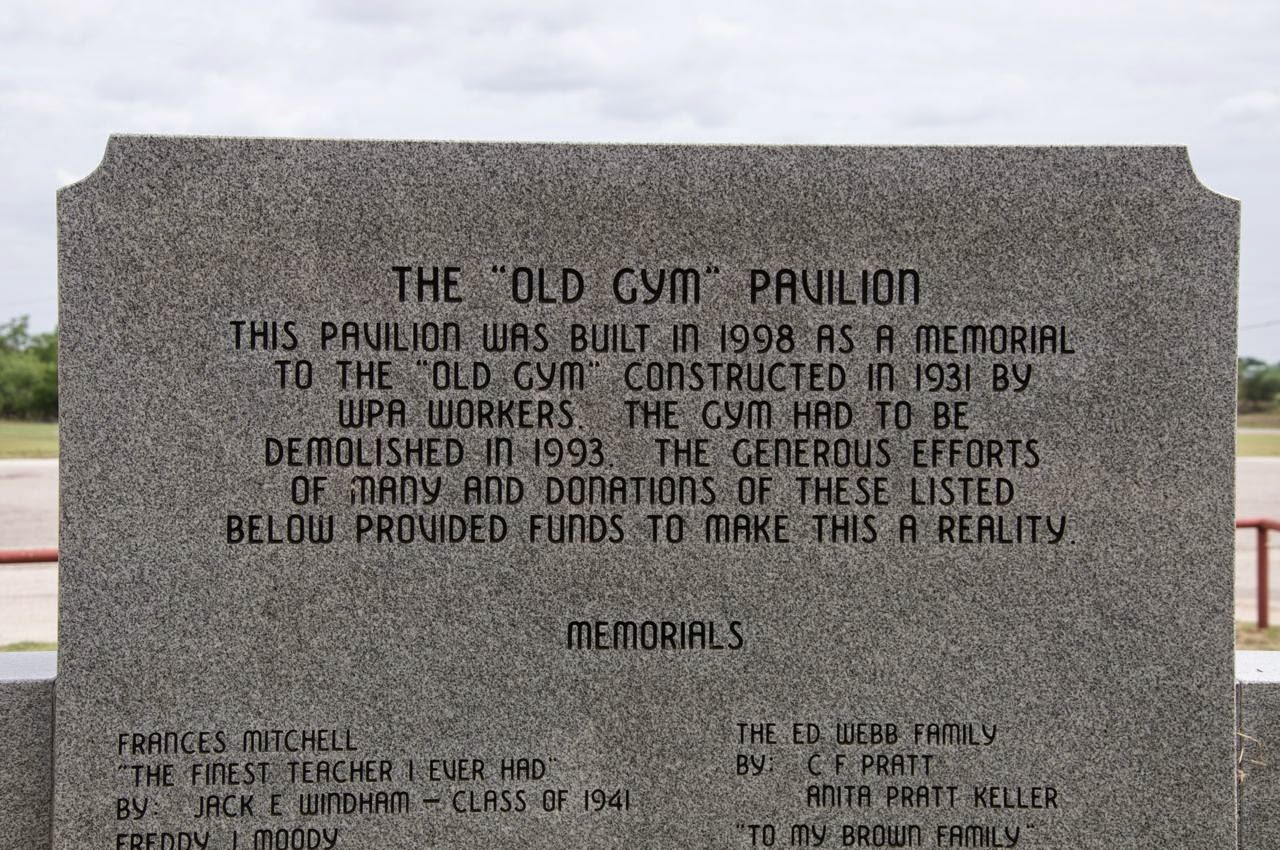 A few of my favorite photographs of the past year's research for the New Deal work:

I always knew about WPA projects as my grandfather was in the CCC but it has been really interesting learning about all the stuff we have locally that was built by the WPA.

Thanks for the submissions you have done, too! It is really exciting to me. I am working on Alaska right now!