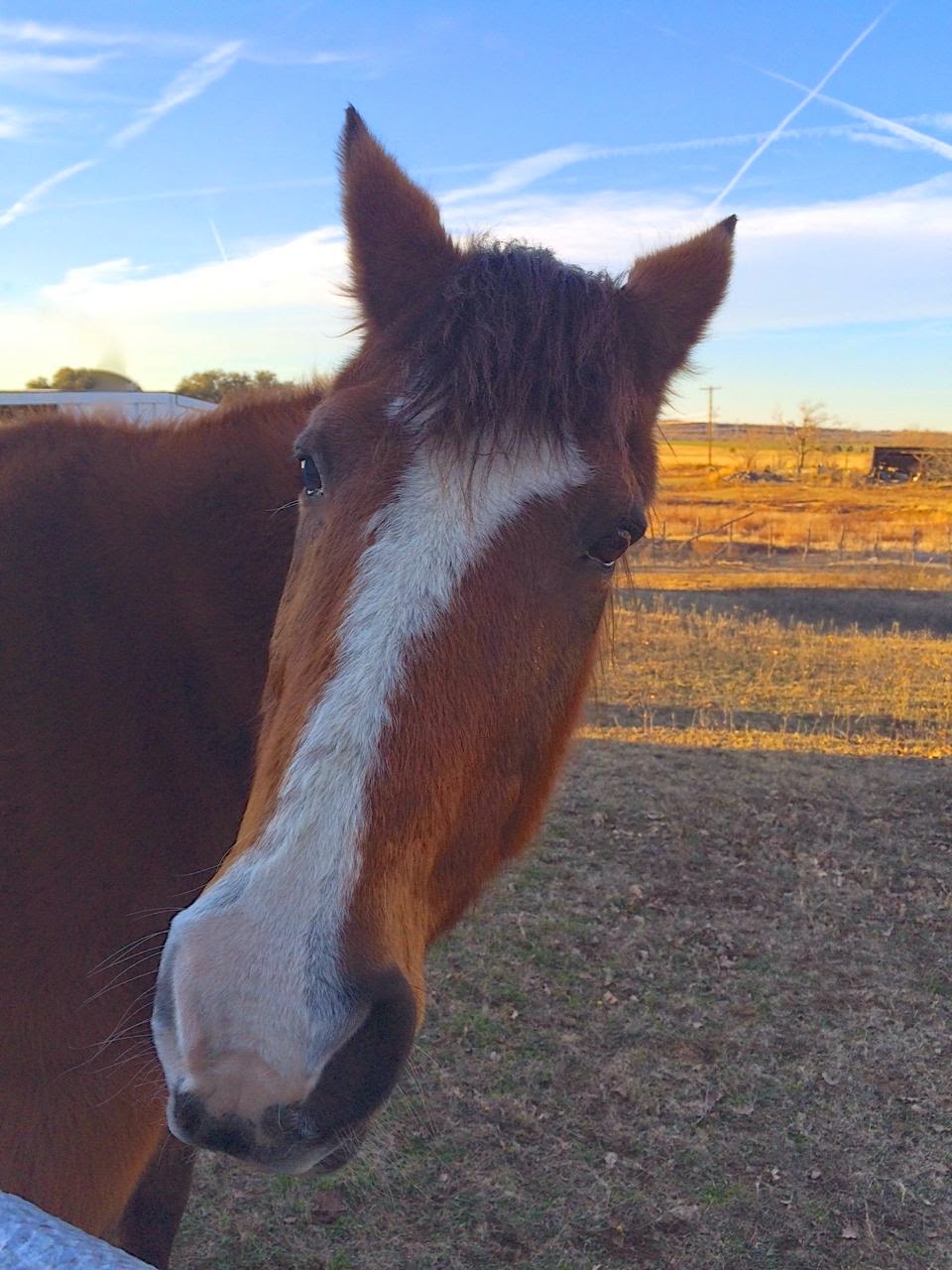 There is something so heart-warming, so comforting, so soul-filling about being home right now, taking care of family and allowing them to take care of me.  Care-giving is about a lot more than just the physical care--as those who have done it know--so it is a mutual exchange in that I receive care while I am giving care.  Even though it has been a busy week, it has also held a lot of laughter, shared stories, and heart-to-hearts with Sis about where we are and what we need to do.  Amidst the work has been play, and work and play combined.  Something about working side-by-side with someone else, just sharing the load, is also play in the sense that it can refresh and renew you and bring a sense of contentment.

Most mornings here have come pretty early, but Saturday we had the opportunity to sleep in a little while.  When I awoke with a start and saw that it was full daylight, not dawn, I jumped up and pulled on my jeans and sweatshirt and wrapped up and headed to the barn.  Yep, Rio was standing at the gate.


Were you talking pretty ugly about me by now, Rio?  He nodded his head up and down twice and snorted.  Yep, I thought so.

I gave him a few strokes down the side of his face and told him I would be right back.  While he was eating, I busted the ice on his water and refilled his hay manger, cleaned up around it.  Back in the house, I went in to have coffee with Dad and Sis and of course, Dad laughed at my story of Rio telling me yes, he was talking trash about why I had not been out to feed.  I said it was uncanny how he would nod his head twice when I said something that seemed to need a yes answer, and does not do it when what I am saying doesn't need a yes.

Sis and I had a list of errands that included going out to her house to get some items, picking up a vent cover for the hall water heater closet, and Walmart for the big monthly grocery buy.  It was cold and windy, and though not as bad as it has been being, it was still plenty wintry.  We stopped at Beall's to check the sales and I found a couple of blouses I thought Mom would like, and a wallet for me and one for Mom.  Sometimes, even though we do lots of things for Mom (the day before, we had bought new towels for the front and back bathrooms, and 4 new pillows because she needed some, along with picture frames to re-do all the family photo wall, and bought her a new washer and dryer the week before), she kind of feels neglected due to all the personal care and attention Dad has to have.  Those things seem like household necessities to her, not personal things.

This morning after I went out to feed, I noted it is a bit warmer as the ice was not frozen on Rio's water, other than the chunks floating from breaking yesterday.  It has been warmer too as his hay barn didn't have poop in it, which meant he had not been in it as much yesterday.

I decided while it was nice (nice is relative in January in northwest Texas) to walk over and check the fence at the creek, and then up to check the fence at the corner.  An ounce of prevention is worth a pound of cure, but all is well.  It is time to get the rest of the day's chores started, and perhaps the afternoon will bring a bit of down time while Sis and I sit down to watch the Cowboys with Dad.  I have a bit of work to do for my "day job" to get ready for the semester, and that can be done along with the ball game.  I might even work in a nap.
Posted by Suzassippi at 11:52 AM