Last chance for gas, beer, water...or to feed Rio for a few weeks 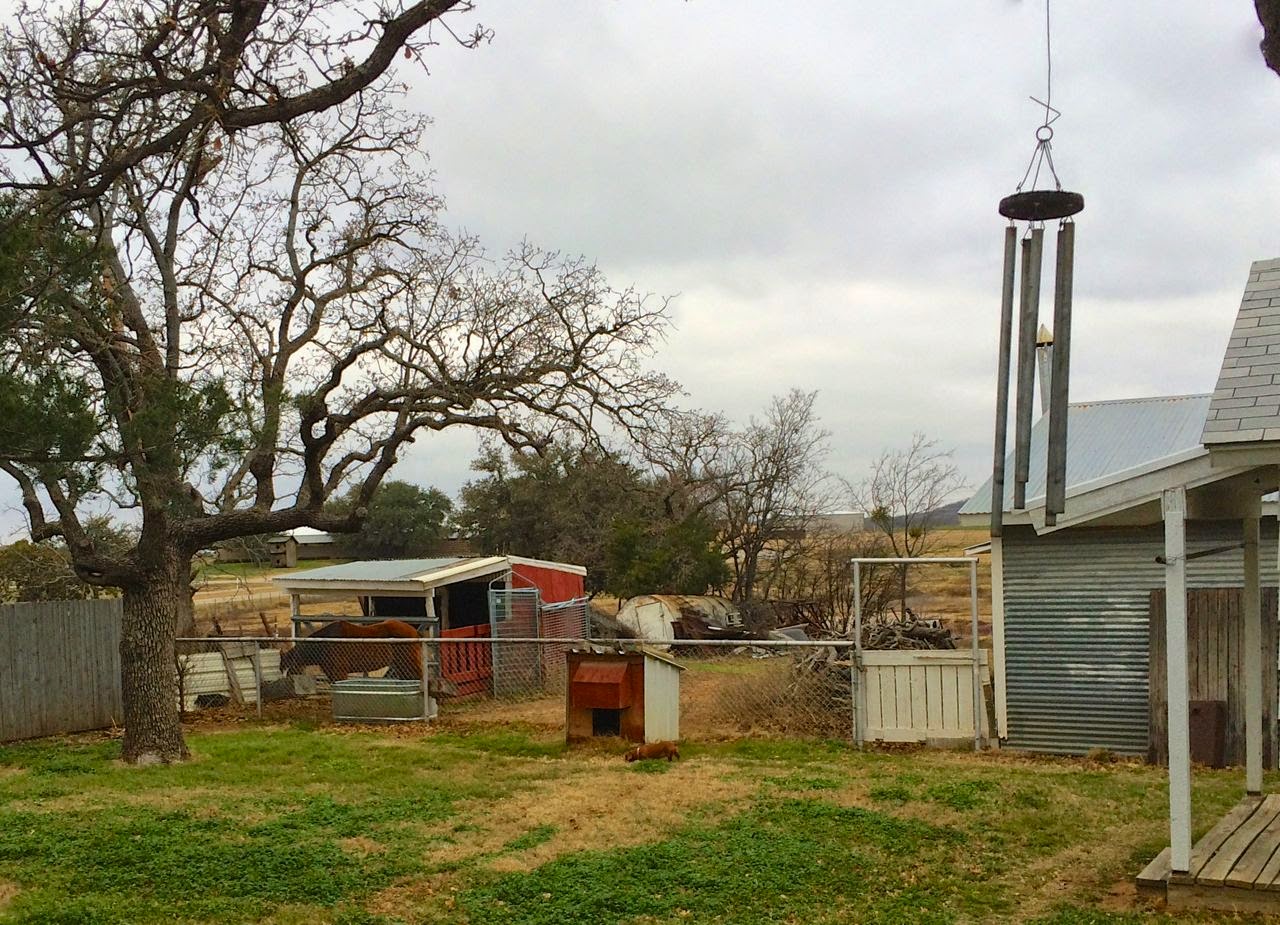 I am back home in Mississippi, missing feeding Rio today.  J and I left at 4:30 this morning, and arrived a few minutes before 4:30 this afternoon.  We should have been here an hour earlier, but there was a slight mishap with a tire somewhere between Decatur and Mount Pleasant.

Sunday afternoon I had gone out to clean up the soiled hay raked out of Rio's barn.  It was sunny and warm (in the low 50s) when I started.  Rio stood by me, keeping me company and watching.  I would like to think it is his returned affection for me, but I really think it might have been because I had given him a treat and he was hoping for another.  I had been working over an hour when it finally grew warm enough to take off Dad's flannel hoodie jacket I wear for my barn chores.  I hung it on the latch to the hay barn and went to take a bucket of soiled hay and horse poop down to the compost line.  When I got back, Rio was sniffing at the pocket, where the remaining treat was resting.  I told him again how smart he is, and how much I loved him while I gave him the last treat.  I decided it was time to call it a day even if I was not finished.  It was beginning to get windy again, and I was tired and hungry and dirty.

Yesterday, Sis and I went to get feed for Rio--my Christmas present to him was six bags of feed--and yet one more picture frame for our project.  The temperature was dropping, the mist was starting, and the wind was blowing by the time we got back to the house and I went out to feed for the last time this trip.  Tink went out with me--she is the little red line in front of the dog house between the gate and Rio.

There are basically two ways to get to Mississippi from Texas, I-30 Dallas to I-40 just before Memphis and then I-55 South to Oxford (the North route) or I-20 Fort Worth to Jackson and then I-55 North to Oxford (the South route) and we vary on occasion as to which we travel.  J was driving so he decided "let's go north."  Not only that, he and I decided to bypass Dallas and go Decatur/Denton/Greenville (as my brother the trucker does) and pick up I-30 at Greenville.  First off, it has been a long long time since I went from Jacksboro to Dallas, and I forgot where we turned and two blocks from the Square when we hit a dirt road, I knew we had a problem.  J turned around and went back to the paved road, and turned right on my instructions.  As soon as I saw the "Bowie" sign, I said, nope something's wrong, turn around.

There were a gazillion traffic lights, and construction, though it still took about the same amount of time to get to the same point.  I was frankly amazed at how much traffic was on the road at that wee hour of the morning, but they were all headed into Dallas/Fort Worth for work.  I cannot believe I used to do that, too, leaving home at 6 a.m. to go what should have been a 20 minute drive to get to work by 8.

We made a pit stop at McDonald's in Mt. Vernon and changed drivers and I had not been back on the Interstate a few minutes until the low tire warning came on.  J said he had hit something in the construction zone, so we pulled off the first exit to check.   SSSSSSSSSS--you could hear the air coming out of the tire.  We had just  bought these tires before Christmas from Goodyear, so I looked up the closest Goodyear store, and fortuitously, it was 0.8 miles from us.  They got my car on the rack and in under an hour, we were back on the road--nail in the tire removed and hole patched.  Also fortuitously, they did not charge me for repairing the tire!

A mere 8 hours later, we were home and J said, "Looks like the 12 hour streak holds."  At least, yet again this time, so it did.

Posted by Suzassippi at 7:19 PM

yea, my husband the trucker also avoid Dallas at all costs. He can deal with Houston, but hates Dallas.

Dallas' problem, among other things, is that patch of road near downtown that was built more than 50 years ago and is a tad out of date.

I'll plead the 5th. My one chance to see Dallas we (my dad and I) wussed out and headed north at Tyler because we estimated we would hit it at 12:00 lunchtime and neither one of us wanted any of that. We also had to go north into Oklahoma (don't ask) so we decided to just go ahead and head that way. I'm convinced heaven looks like east Texas. Rolling fields of horses and cows for days behind ornate and impressive iron gates.