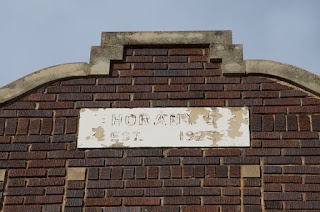 While attempting to discover something about the former Horany's Department Store in Olney, Texas, I uncovered a more interesting story about assumptions folks make.  I know that should not surprise me.  Mr. Horany owned the department store in which we did a lot of shopping during my early years.  Sadly, the front of the building has been "updated" and the beautiful showcases on either side of the wooden entrance doors are no longer there.  Frankly, the flat glass and metal front was so disappointing that I could only bear to take a picture of the sign proclaiming Horany's, and the parapet--all that remains of a once intriguing building. 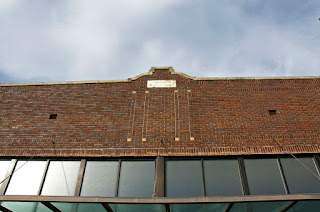 I had been thinking about the name "Horany" (pronounced hoe-rainy), and the fact that in the early part of the 20th century, many of the businesses in small towns in the south were established by Jewish families.  I asked Mother when I was home if Mr. Horany was Jewish.  "Oh, good Lord yes," she responded.  Turns out, no, he wasn't.

Shukri "Sam K" Hourani was a Lebanese immigrant who arrived through Ellis Island at the turn of the century.  His great-granddaughter, Stacy, a reporter at the Wichita Times Record News, shared a story of the family's saga into the new country (Horany's Store, 2007).  She described Sam K as a "devout Christian."  He opened a store first in Schidler, Oklahoma, and after it burned, moved to Archer City, Texas to establish Horany's.  Obviously along the way, he Americanized the spelling of his name--not at all uncommon in early immigrants, whether from some desire to seem more American, or to make the pronunciation of a name uncommon to the locals a bit easier to say, or even that Americans changed it for them.

Mitchell opened a store in Megargel, Ray in Olney in the 1920s.  In 1947, Fred and John bought the Olney store.  At least some of the family were members of the First Methodist Church, and Mitchell's wife was Catholic.  After Mitchell's death, Margaret continued to operate the store.  The store closed in the 1990s.

An amazing number of obituaries for area women (in their 80s or 90s) listed work as a clerk at Horany's for 18-20 years.