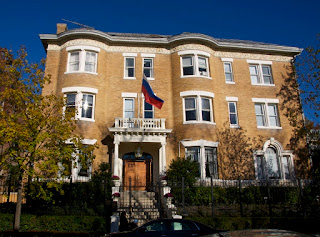 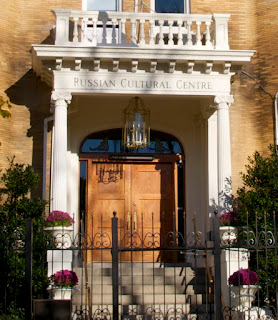 The mansion containing 33 rooms was purchased in the 1950s by the Russian Government as a school for Embassy children.  Later, it was used for the Russian Embassy consulate. 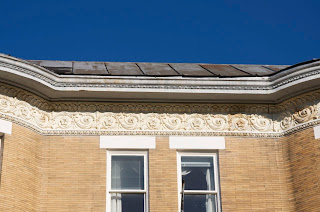 ...created by Bilateral Agreement between the Governments of the United States and Russian, to develop positive relations in the 21st century--That Our Two Nations Never Again Polarize. 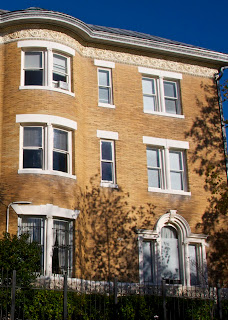 The Mission: provide a forum where the Russian and American people can learn about and enjoy the culture of the other in the areas of Education, The Arts, Commerce, Athletics, and Science.

Interior photographs (click on "The Building" in the menu to the left) illustrate the symbol of the Centre, joined flags, the lamp of knowledge signifying that knowledge of each other's culture is the key to peace.  I second that emotion, a firm believer that knowing each other makes for better relationships, in whatever capacity.

After Ms. McLean, the occupants were the Benjamin Franklin Pilson family; the three Pilson children founded The Friends of the Russian Cultural Centre.
Posted by Suzassippi at 10:36 AM