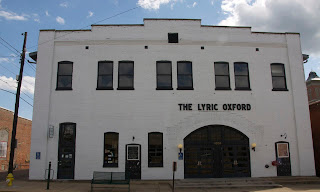 The Lyric Theatre first saw use as a livery stable and the construction is dated to the late 1800s (thelyricoxford.com).  During the 1920s, it was converted to a theatre for live shows and silent films and named "The Lyric."  Perhaps its most famous role in history is that the premier of Faulkner's Intruder in the Dust was held here. 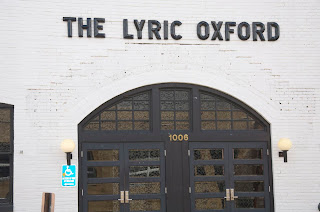 This picture of the Lyric shows its original marquee, and one can also observe that the doors were different.  I am making the assumption that these arched doors more likely reflect the original use as a livery stable, and the doors in the 1949 photo reflect "modern" theatre doors. 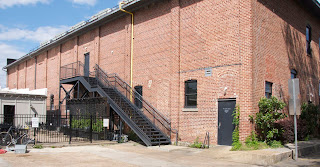 I have taken a recent interest in photographing other parts of buildings since a few tips from Malvaney.  One can see clear evidence of original arched doors at the side and rear of the building.  I suppose these would have been necessary to be tall enough for a mounted rider, and wide enough for a buggy of some sort. 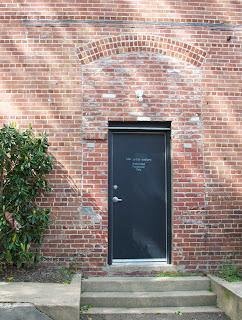 Use as a theatre was discontinued in the 1970s, and the building sat unused for a number of years, until in the 1980s when it began to be used as a commercial building.  In 2007, it was restored as a theatre. 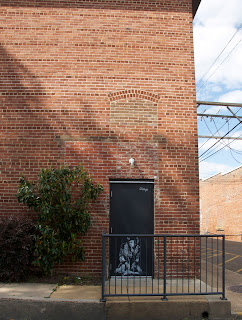 What stories do the seldom-seen parts of a building tell you?
Posted by Suzassippi at 9:42 PM

hey Suzassippi, nice to meet you on our blog, we're honored to have captured your interest. I can see that you are an adventurer, travel enthusiast, thinker and writer. we'll enjoy following you as well.

Thanks, Drew and Rachel! I appreciate you stopped by and said hello! I love to travel!