Duncan was incorporated as a village in 1890.  The population increased fairly rapidly after 1900, and by 1904, the community boasted a bank and many other businesses.  The 1929 tornado demolished all of the buildings.  According to the Federal Writers Project Mississippi Guide to the Magnolia State, all buildings were rebuilt following clean up from the tornado. 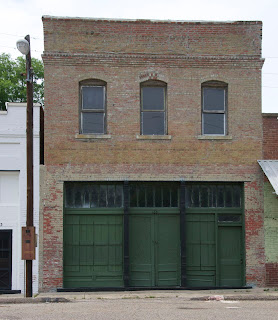 If that is accurate, then this building is post 1929 in construction.  I speculate that the double doors led into the business, flanked by glass showroom windows.  I know I am going out on a limb here, but I am wondering if the single door opened to a stairway that led to the upper floor, which might have housed living quarters.  I can't think of any other reason they would have installed a single door, unless it was in some later remodel.  The transom over the door also seems to indicate it would have allowed light into a dark stair well. 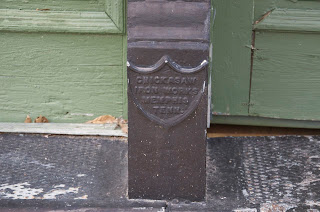 Once again, our old friends at the Chickasaw Iron Works in Memphis were busy in Duncan, as well as Alligator and Mound Bayou. 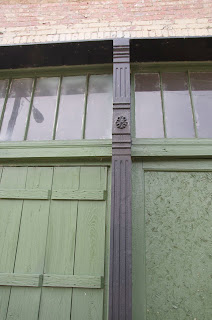 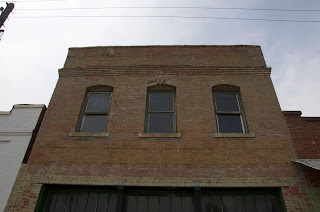