Note: For the historic preservation people, see my post on the Greyhound Bus Terminal in Clarksdale (circa 1936) over at Preservation in Mississippi. 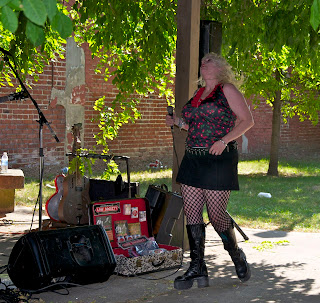 At the Juke Joint Festival in Clarksdale each April, the variety of music can be fairly outstanding.  In addition to your traditional blues folks, there are always the not so southern versions. 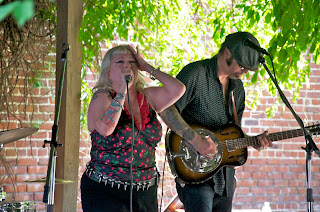 Low Society features the vocals of Mandy Lemons, who was just a little scary in places.  She is what some might call "spunky" or even "spunky funky" if there is such a thing.  The bio at reverberation describes her: 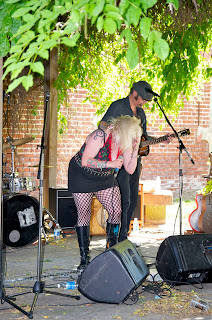 As my hip students would say, "Oh yeah, she got some attitude."  Here she is singing her song Long Black Limosine,which is some story about getting drunk.  Go figure, whoever in blues/country blues/rock and roll blues ever sings about getting drunk. 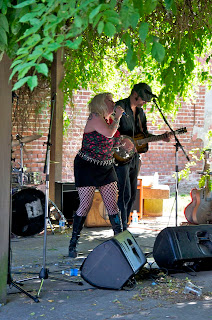 Looking like a cross between Abby Sciuto on NCIS and Lady Gaga (albeit considerably fluffier than either of them), she was bouncing all over the stage, varying her screaming and head-banging with a soulfully tortured look. 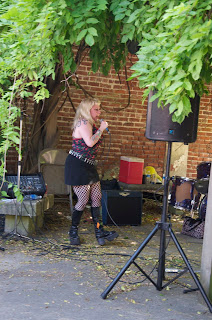 I could never decide if those were bullets on her belt or some punk rendition of Spike's dog collar; none the less, she made quite a colorful break from the typical Juke performer. 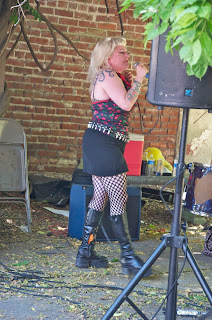 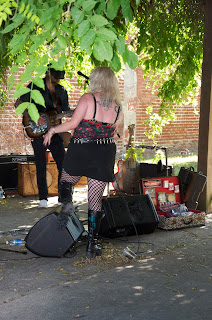 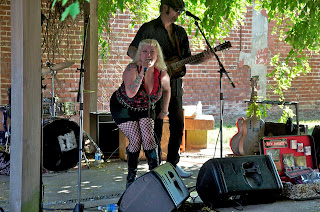 Cuz, however, was quite annoyed with half of Low Society.  "I wish she would stop screaming so I could hear him playing--he's quite good." 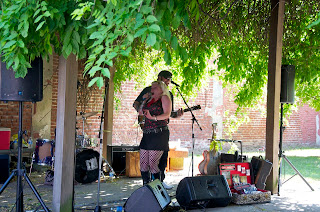 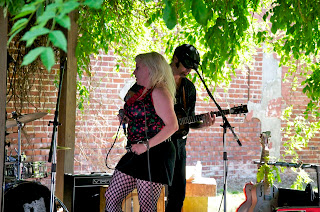 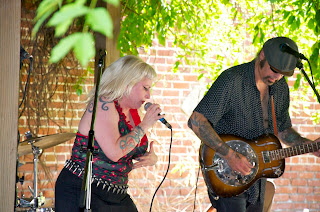 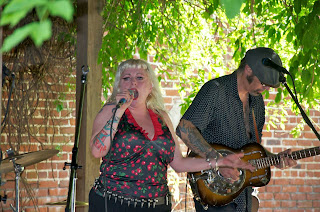 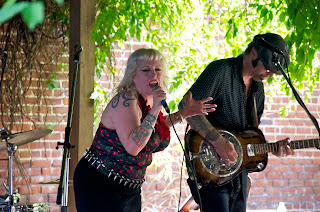 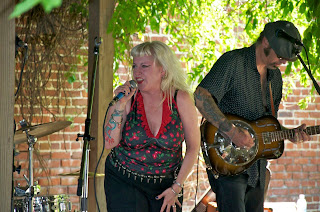