...came to Texas as a teamster and cowboy for the Reynolds Brothers and helped form the Ranger Cattle Company with the Reynolds and Matthews families. (Texas Tech University Special Collections Library)

Howsley married into the Matthews family (of the Matthews family of Fort Griffin/Albany that included Watt Matthews) and opened a hardware store in Throckmorton in 1907.  The archives collection indicates W. D. and his son, Louis A., were joint owners of the hardware store.  The February 4, 1927 Albany News included an article about W. D. Howsley from Throckmorton, describing him--in what may well be the longest run on sentence I have seen in a while, as


...one of the old time citizens on his way to Dallas to negotiate for the building of that new railroad to his town...Now W. D. is very enthusiastic about the railroad project for Throckmorton, and it now looks like the thing is going to happen, understand that the Texas and Pacific are behind the proposition, and in that event, why the city of Throckmorton will soon have rail connection to the outside world, and we do hope that they will, this town and county by all means should have a railroad, and we will rejoice with the Throckmorton folks in this particular.

The train came through the following year and operated from 1928-1942, primarily to take cattle to market.  It was constructed by the Cisco and Northeastern Railroad, and ran from Breckenridge up to Throckmorton. 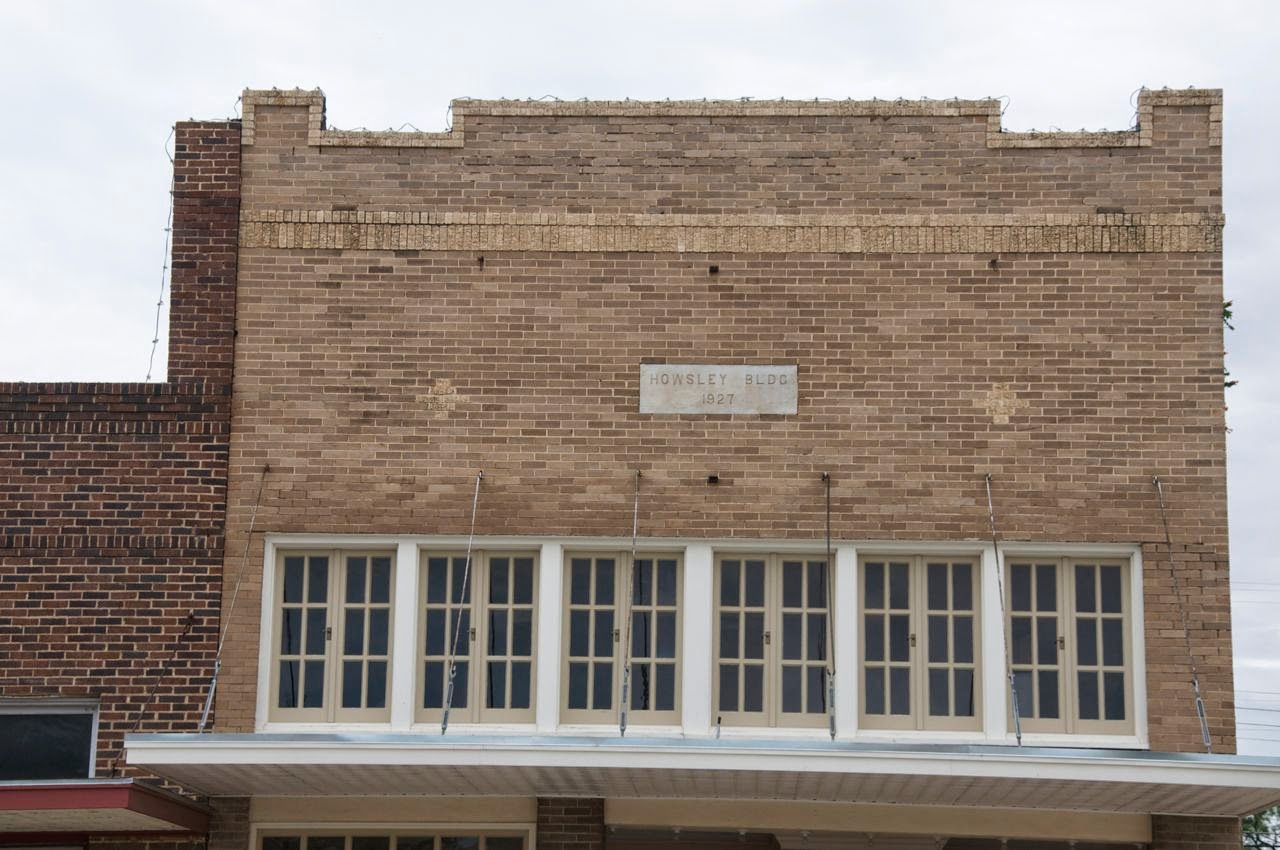 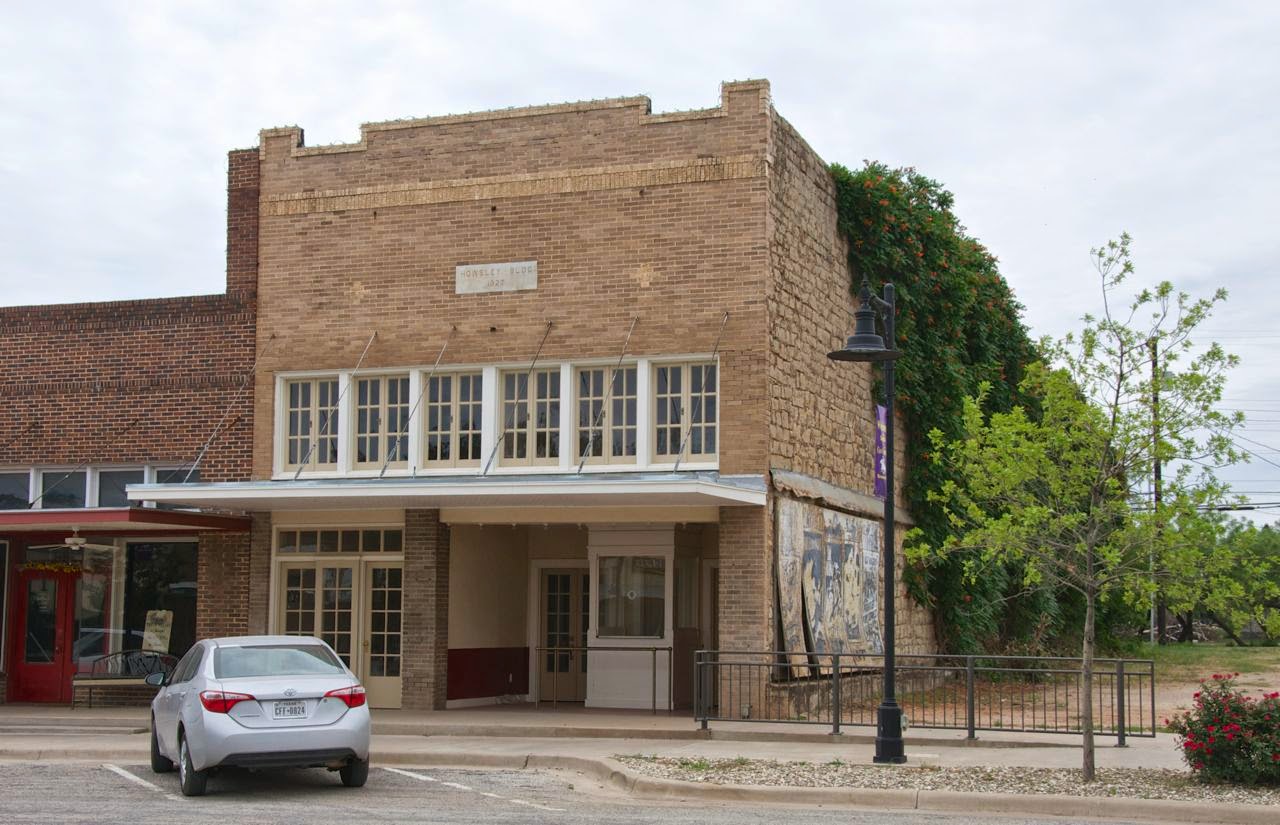 I asked mother when I was home last week about the building and she recalled going to movies there--Mom was born in 1927.  She said if the girls came in with their parents, they got in for the child prices, but if they had a date, they had to pay adult cost. 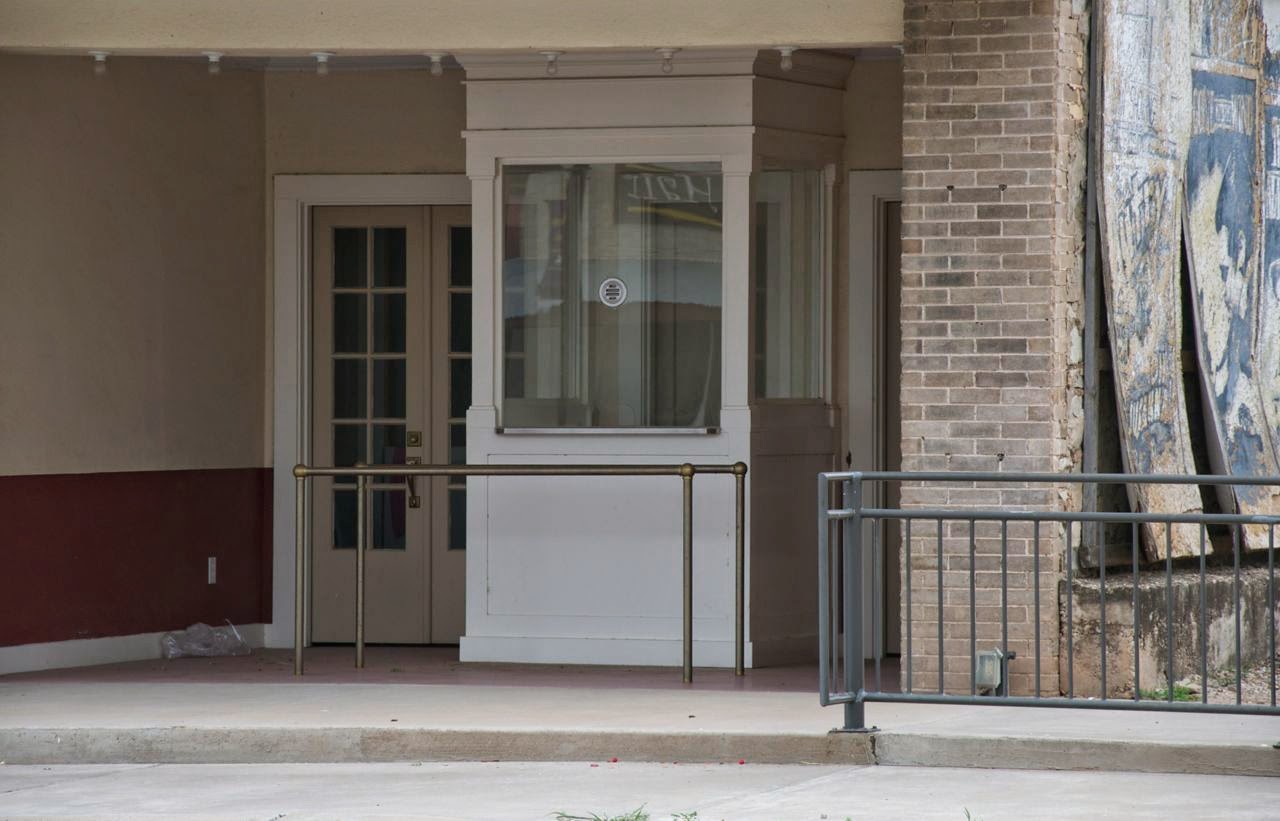 The theatre was recently restored, with the restoration planning initiated in 2010, and represents one of several efforts toward economic and cultural development in Throckmorton.
Posted by Suzassippi at 1:34 PM