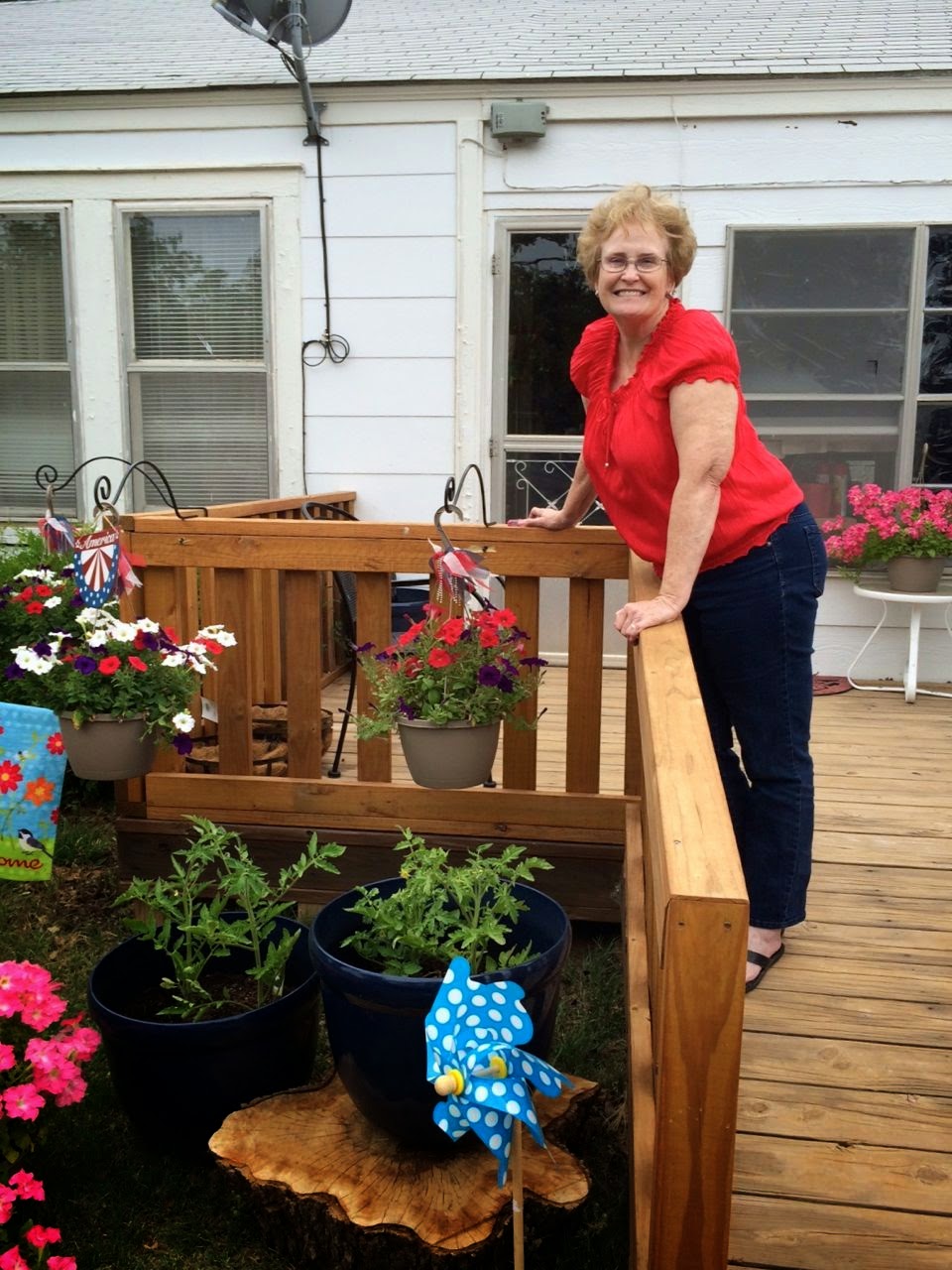 After a week at home, I left for Mississippi this morning at 7:30.  Rio was still in the pasture and did not come when I whistled, so I finally had to give him up and load and leave.  Maybe he is like me, and just did not want to deal with goodbyes this morning.  It was hard to get in the car and go.  Just before 7, while I was out watering and getting feed, the weekend caregiver called in sick.  Sis had hoped to be able to go to her own house today, do some laundry, and rest, because she will be back over there tomorrow night.

See that smile on her face?  It's real.  She spent 3 years caring for her husband after he was diagnosed with cancer and the final year was very hard.  Of course she got tired...she is human.  But she cheerfully and lovingly cared for him when it was bad, and took him traveling when it was good.  My bro-by-marriage loved to travel and loved his family, and when he could, they traveled.

When it became clear that she would need to spend a lot of time at Mom and Dad's from now on, she planted flowers among other things.  She wanted to enjoy the things here that she will not be able to enjoy at her own house for a while.  Like me, she has a second set of everything at their house now, along with a few "spares" just in case.  Last night, my last night there until I go back in two weeks, we sat out on that deck and talked about what the future holds, however long that future is, embracing it and the opportunities it will bring.  (Come on, what other option is there?  We are not Pollyannas, but to be in the opportunity instead of the circumstances is such a gift.)

My auntie G had been there earlier, but she drove up again, with a freshly baked banana pudding--the kind you make from scratch.  She is an awesome cook, and she knows Dad loves banana pudding. 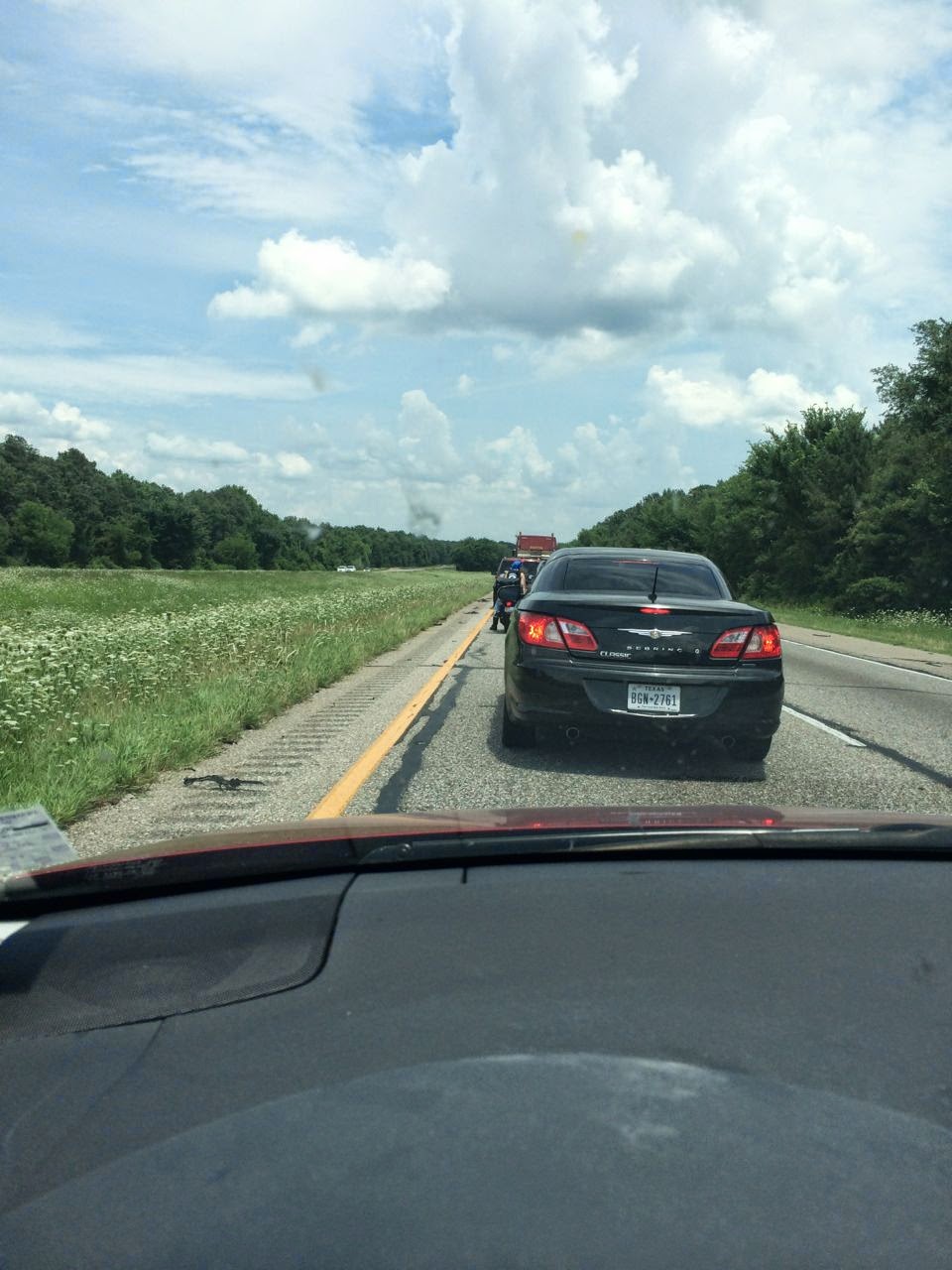 But, leave I did, because as Sis says, "You do still have a job."  I decided to take the north route for a change, using I-30 through Texarkana and Little Rock.  I decided to turn off and go through Helena rather than Memphis due to construction, and because I have never gone the Helena/northwest Mississippi route.  It seemed like a good choice since the traffic at Hope was a dead standstill. 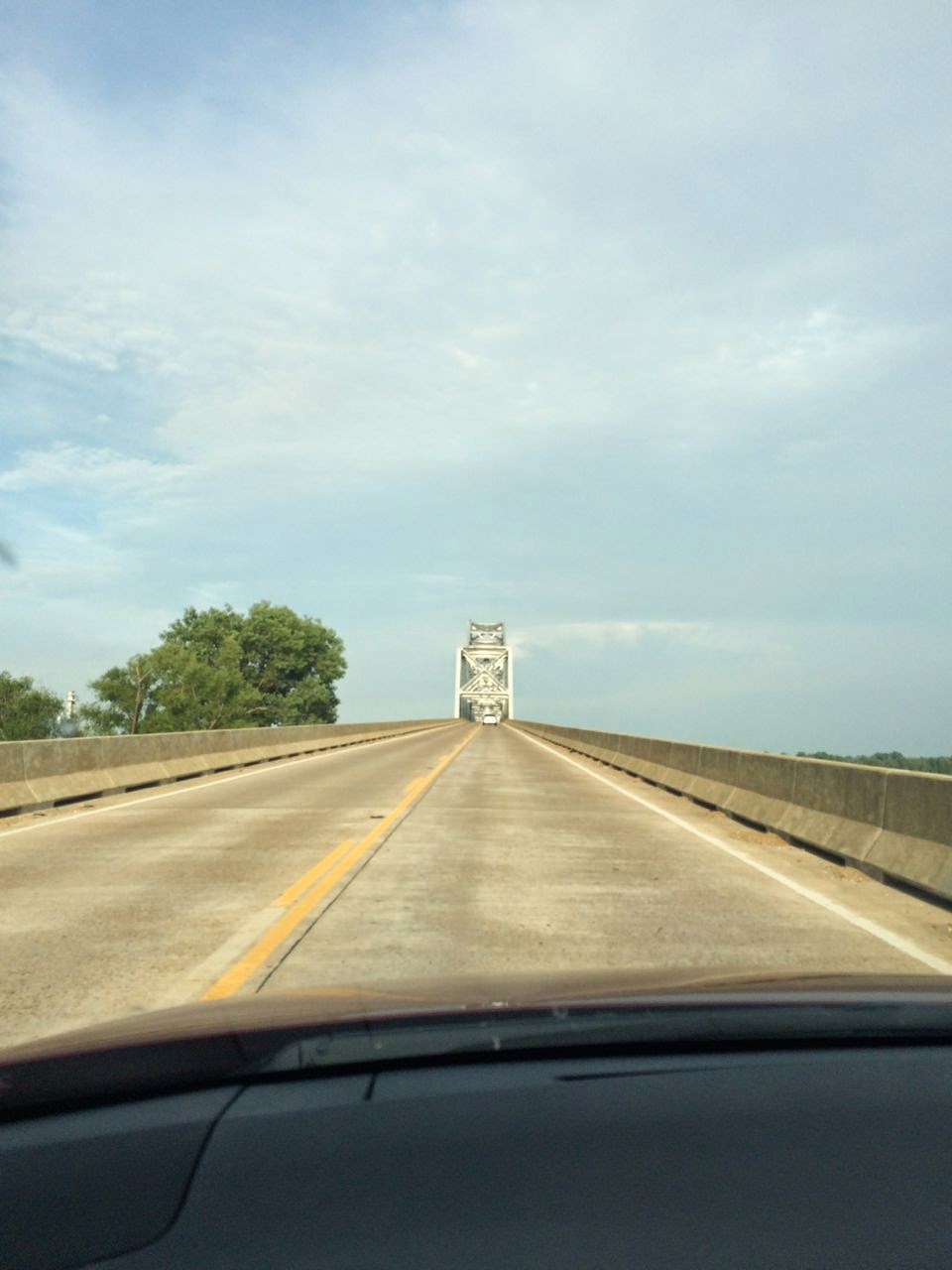 It was a bit confusing to figure out how to navigate through Helena.  I had originally intended to take some photographs of an historical church there, but the day was winding down, my body and brain were really winding down, and I decided after a quick pit stop to just save those pictures and head towards my Mississippi home.  I was happy to see that bridge over the Mississippi River looming. 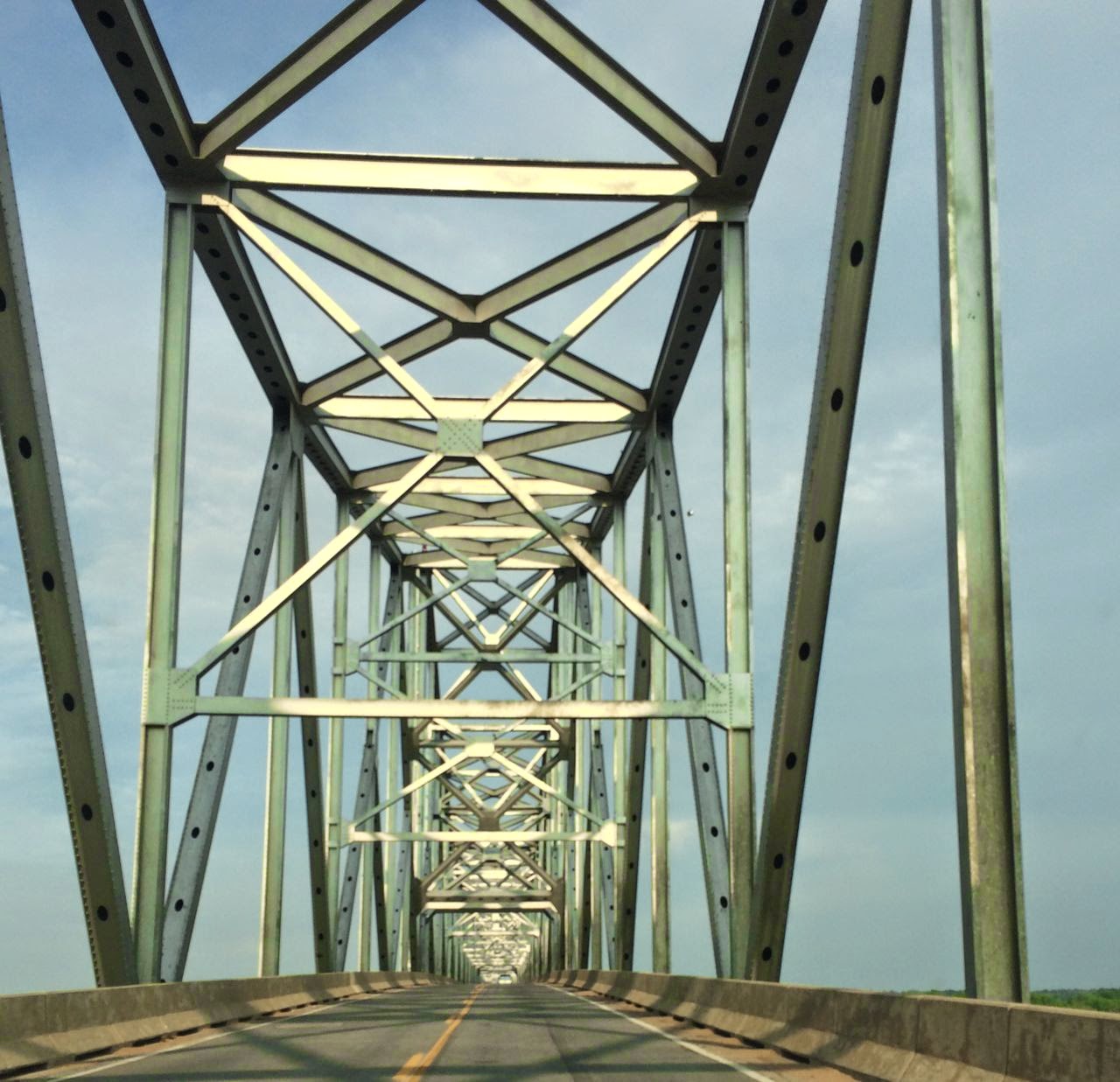 I love the old bridges, and often wonder how much longer one will be with us.  When we first moved here, the old New Deal built bridge still spanned the Mississippi at Greenville and I never got a picture before they dismantled it and built the new one.  You gotta love an iPhone that you can hold and balance on the steering wheel while never taking your eyes off the road or your hands off the wheel.  Then, some day, when they replace this bridge, I will have this little memento...assuming we still have iPhones, computers, etc., or that I even care by then.

I have a few photos and stories from the trip, and have not forgotten the follow up story about Mr. Dent.  All in good time over the next few weeks...all in good time.

I love those bridges, too, having crossed the Greenville bridge many times. Going east it meant that my grandparents were close. Going home, well, now that means home to where I live. I love theme all, and that Ole Man River, too!