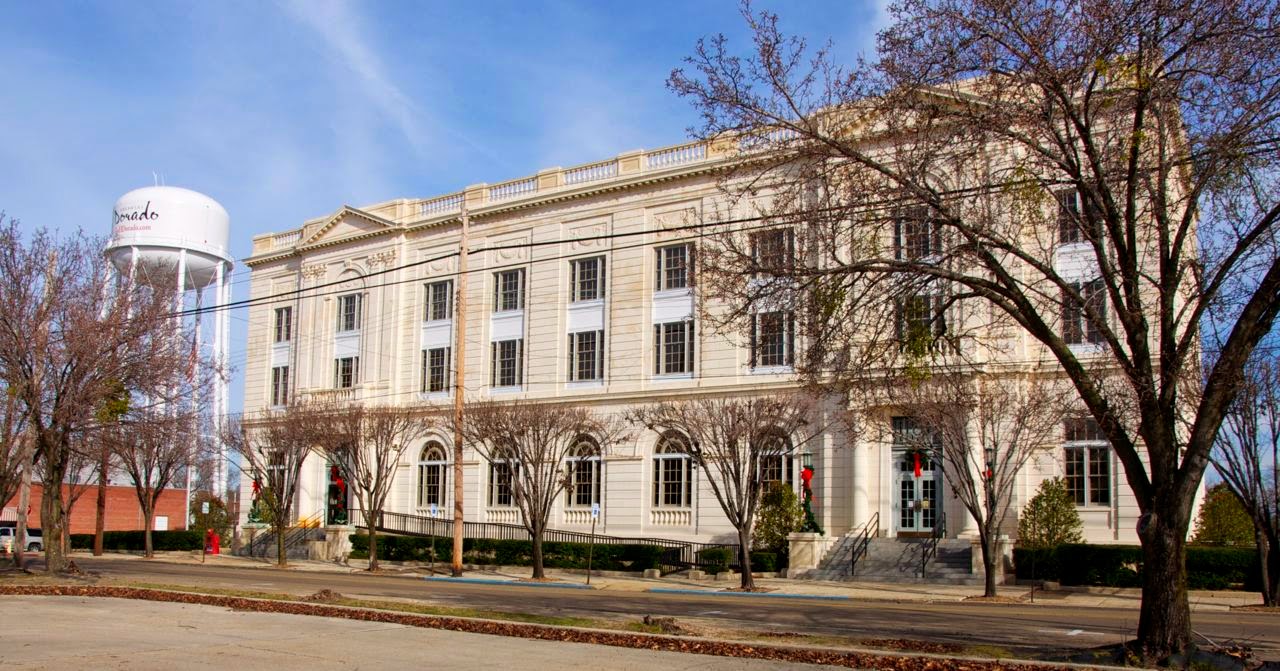 The three story, Classical Revival style post office and district courthouse were constructed in 1931 at a cost of $383,000 (El Dorado Historic District Design Guidelines).  The building remains in use as a post office and courthouse, and is part of the downtown El Dorado historic district. 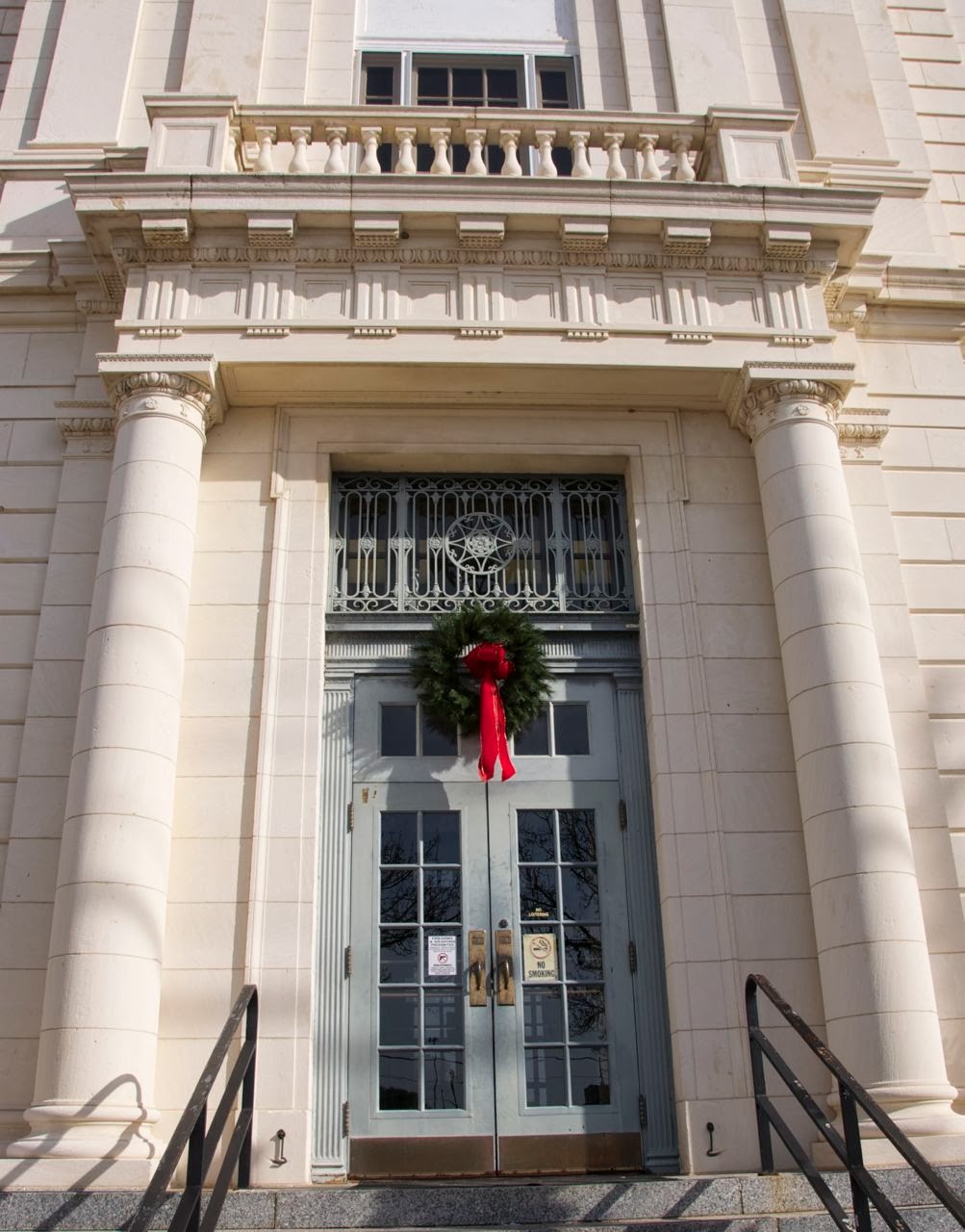 Since it was Christmas, all historic buildings were decked out in the obligatory wreaths and lights, which of course, does not enhance historic architecture one bit.  The building featured two twin front entrances. 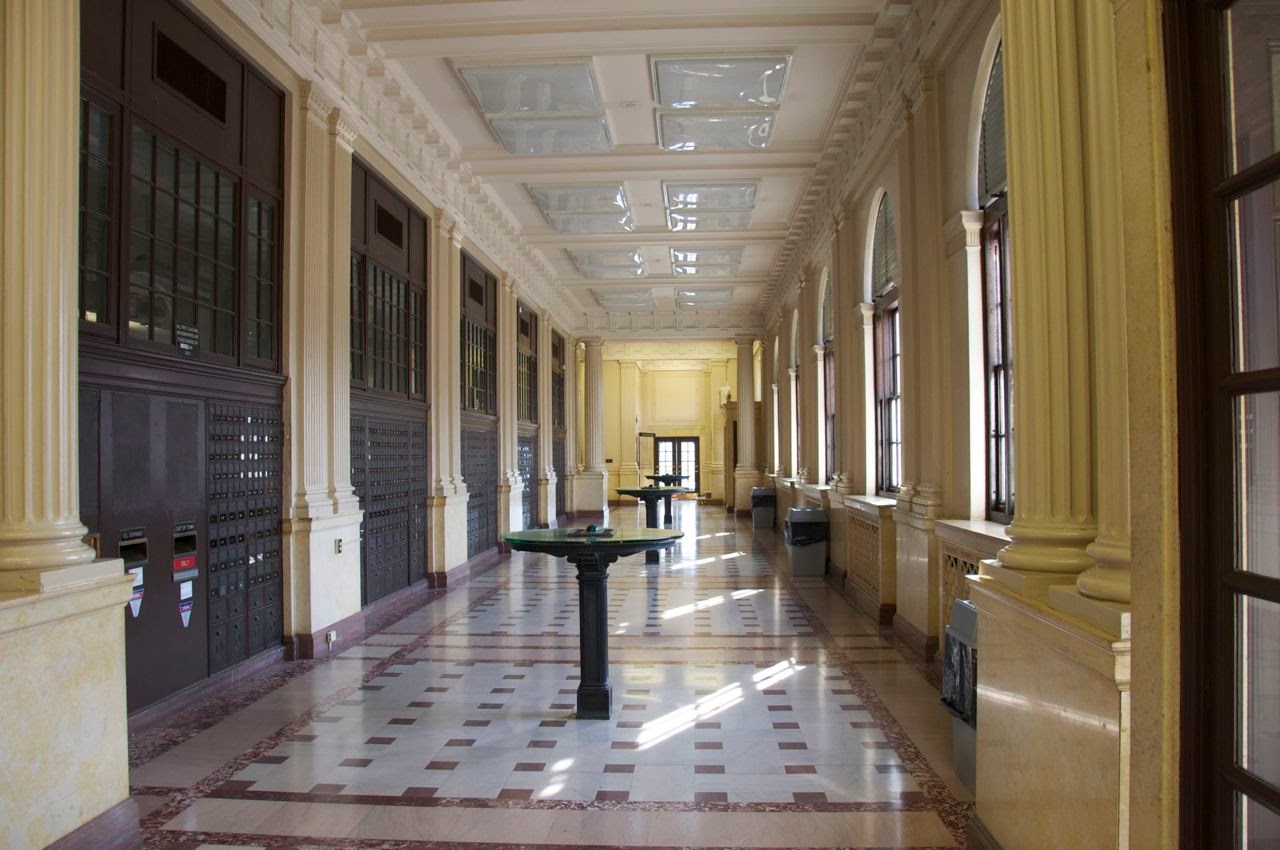 Although many of the buildings constructed under the New Deal were simpler, Art Moderne designs in keeping with the austerity of the Great Depression, this building was very elegant, as federal buildings were intended to illustrate something of the pomp and glory of the government.  The post office is located on the first floor, and the upper floors contain the courthouse. 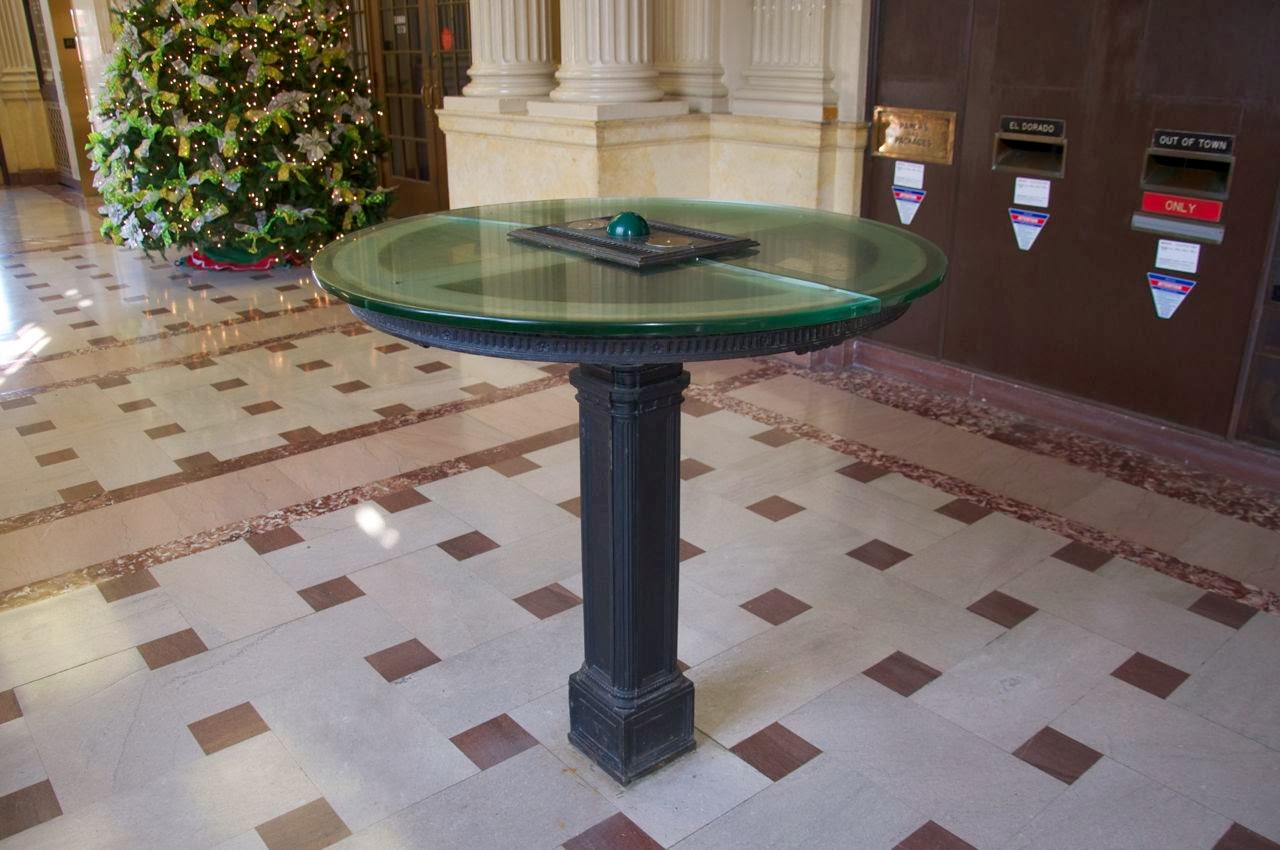 I think this is the first post office I have seen with round tables in the center of the lobby, and the glass and pedestal design was very elegant looking.  Wouldn't you love to have this in your kitchen or sunroom as a place to enjoy your morning coffee? 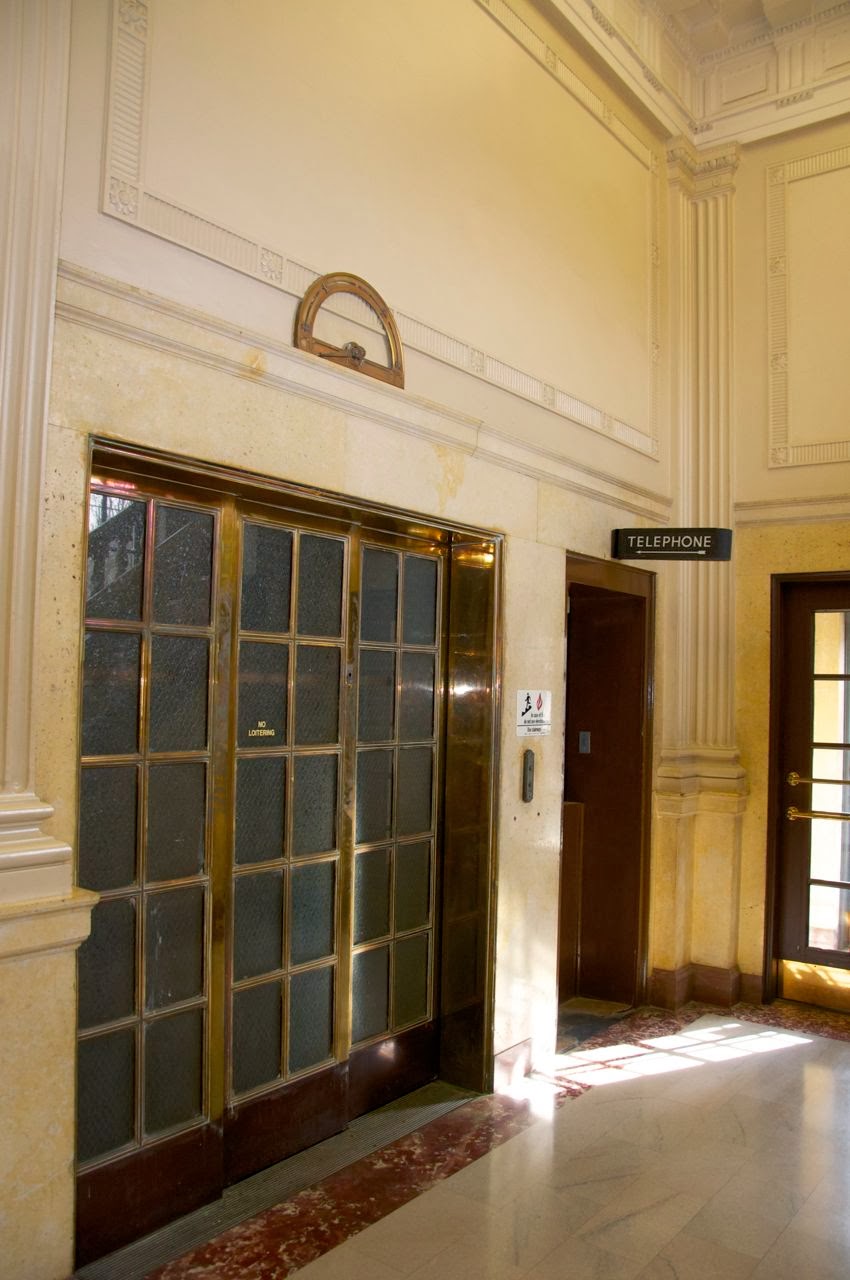 The elevator detail gave one the feeling of a luxury hotel. James A. Wetmore was acting supervising architect at the time, and as I discovered earlier, was not actually an architect, but rather an attorney.  Louis A. Simon would work with him as an assistant, and later go on to claim the office himself. 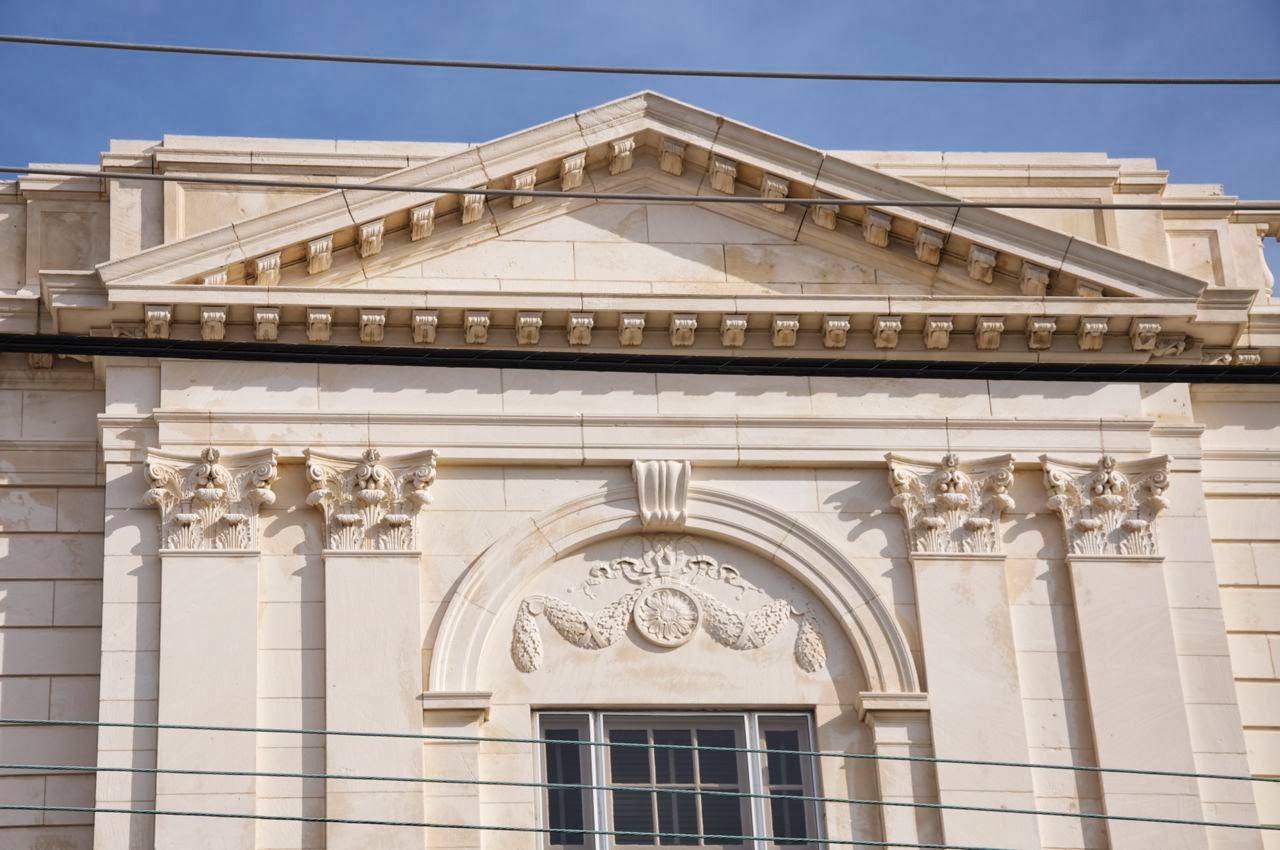 This elegant building had better be happy it is in a small town in Arkansas instead of New York City or  California, where it would be at risk of being sold to some corporation or private investor, and the post office "relocated" to a strip mall storefront.
Posted by Suzassippi at 11:31 AM