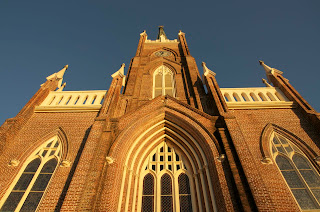 St. Mary Cathredral (until 1977) is the oldest Catholic building still in use in Mississippi.  In 1999, Pope John Paul II bestowed Minor Basilica status. 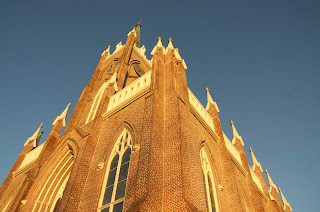 It is listed on the National Register of Historic Places, and is considered an "architectural masterpiece among Catholic churches in the South."  This evening, the sun was hitting the western side of the building in such a way as to bathe it in a golden light.  I have been to Natchez several times, downtown, but tonight was the first time I have seen this magnificent Gothic Revival architectural beauty. 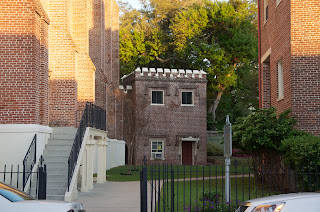 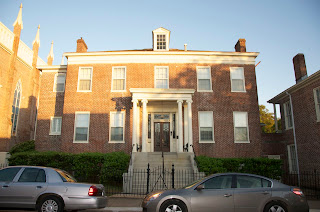 The Rectory dates to 1846, and also has National Register of Historic Places designation. 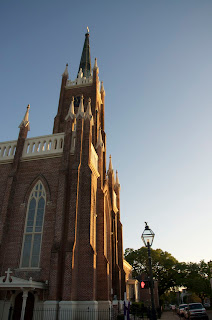 Construction began in 1842 and was completed in 1859.  It was the first cathedral for Roman Catholic Diocese of Mississippi, and served the Irish and Italian immigrant population. 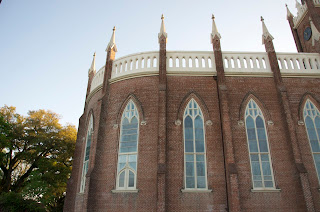 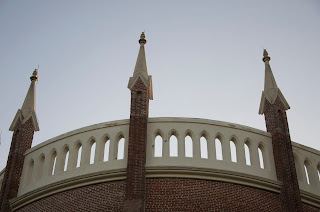 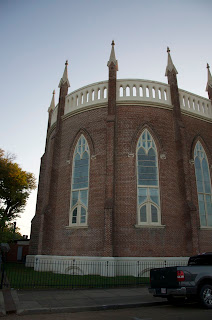 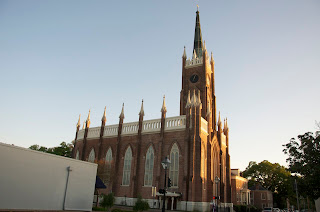 It was impossible for me to get a complete and unobstructed view of any angle of the church.  It is so much more beautiful and inspiring--the size if nothing else--than one can imagine. 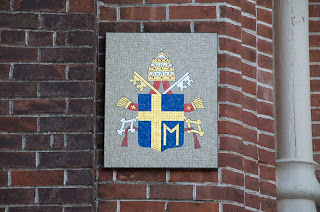 This is the coat of arms for Pope John Paul II.  It represents a cross, with the M signifying the presence of the Madonna under the cross.  A portrait inside the church shows Mary under the cross. 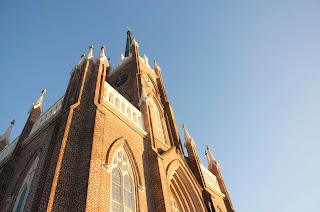 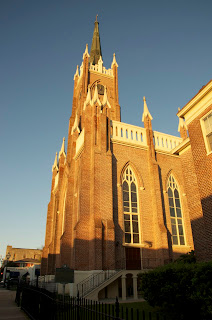 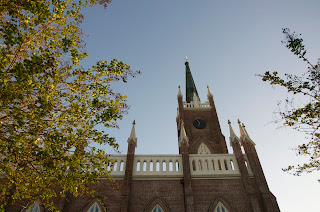 Shadow and light: a metaphor for our lives at times, is it not?
Posted by Suzassippi at 9:47 PM