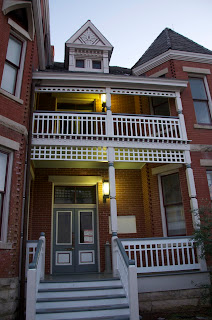 The Old Natchez city jail was erected in 1891, and is still in use as city offices, though not for housing prisoners. 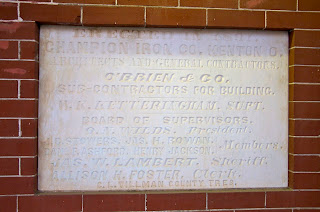 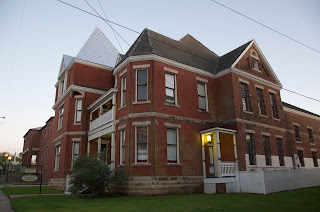 The old jail has something of a history of being haunted, which is the subject of a couple of books, the Mississippi Paranormal Society, and at least one TV news investigative report.  Of course, because Natchez is considered the "second most haunted city in Mississippi" this should not surprise anyone. 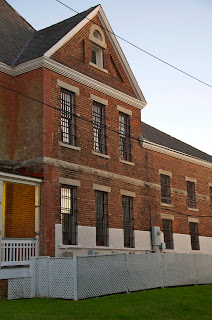 How many western movies did you watch where a gang of outlaws tied a rope around the bars of the window and pulled them out with the horse?  That's a feat that seems highly unlikely to me, along with ghosts inhabiting the jail.  I am of the opinion that "a sound in the night does not a ghost make." 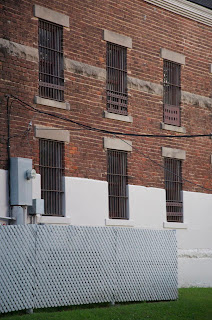 Posted by Suzassippi at 9:38 AM

Only the second haunted? Who's No. 1?