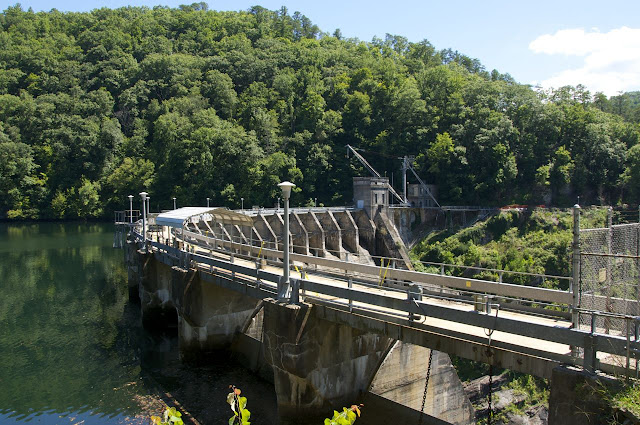 Cheoah Dam development began with planning in 1915, and the building of a railroad extension to the dam site.  Concrete work on the dam began March 1917 and April 6, 1919, the powerhouse began operation (J. S. Barrett, History of Tapoco.) 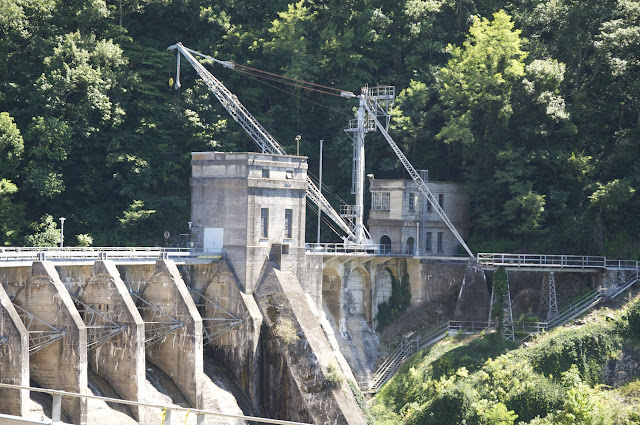 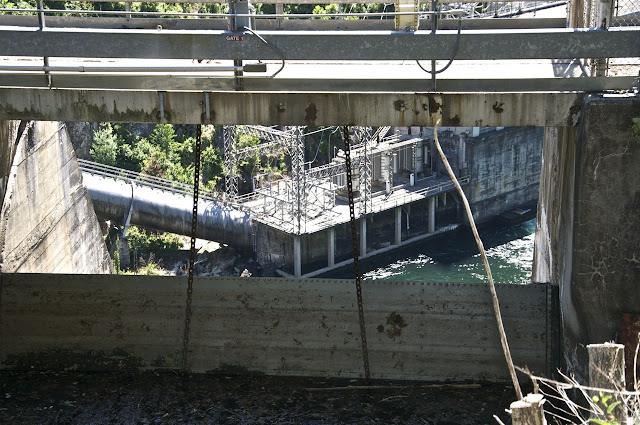 The community was originally called Cheoah, but renamed Tapoco to "avoid confusion with Cheoah on Sweetwater Creek."  Tapoco combined the first two letters of Tallassee Power Company.  By 1919, Tapoco had a population of around 2,000. 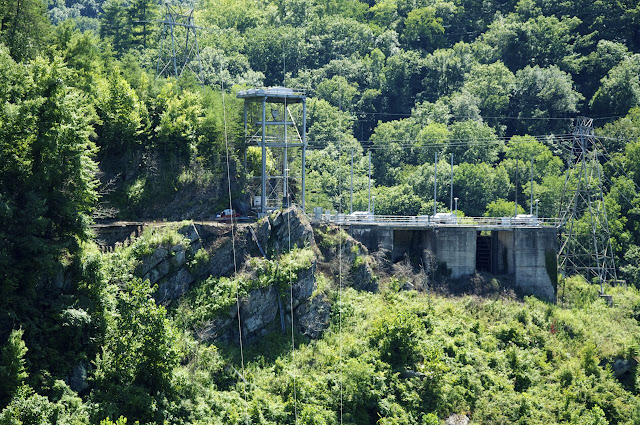 Cheoah Dam is one of four hydroelectric dams that make up Alcoa Power Generating Inc.'s Tapoco Project.  The impetus behind the hydroelectric operations was aluminum.  Alcoa, Inc. created the plan to develop the Little Tennessee watershed in 1910 (City of Alcoa-tn.gov). 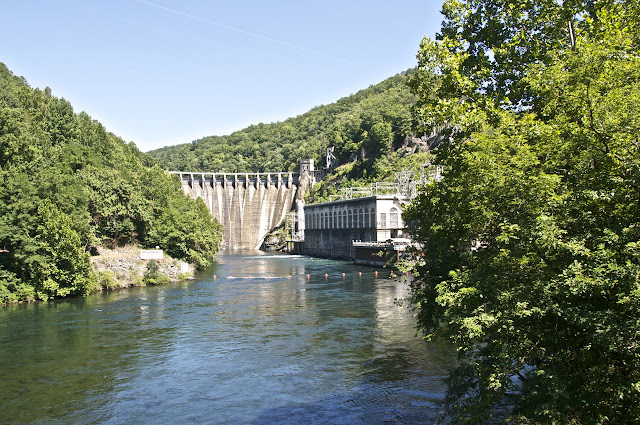 The dam was used in the movie The Fugitive, starring Harrison Ford, as the scene where Dr. Richard Kimble jumps from the dam following his escape after the bus bound for prison is hit by a train. 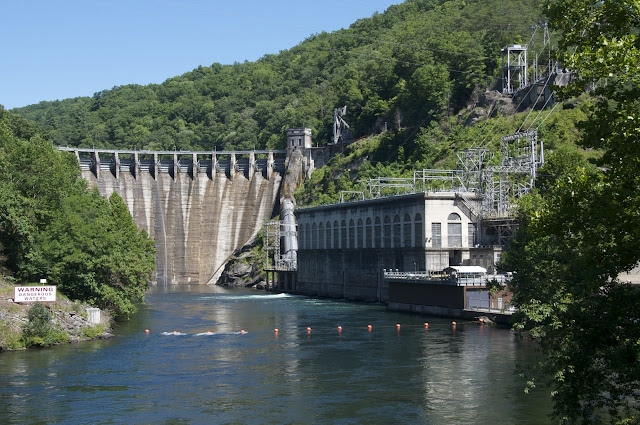 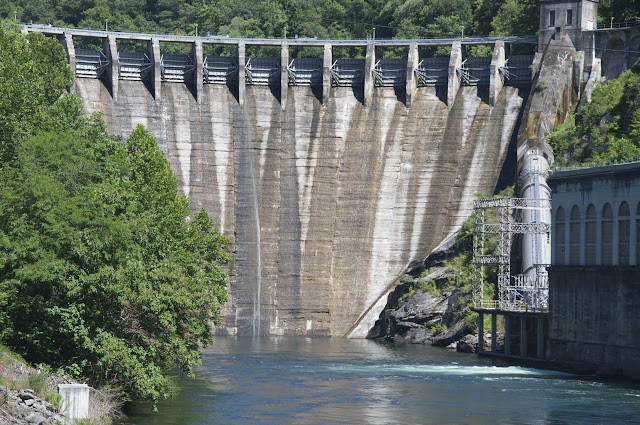 Remarkable! And, just think, this was engineered before computers were around! Good ol' slide rule calculations!

I have not thought about a slide rule since my high school days. Yikes!