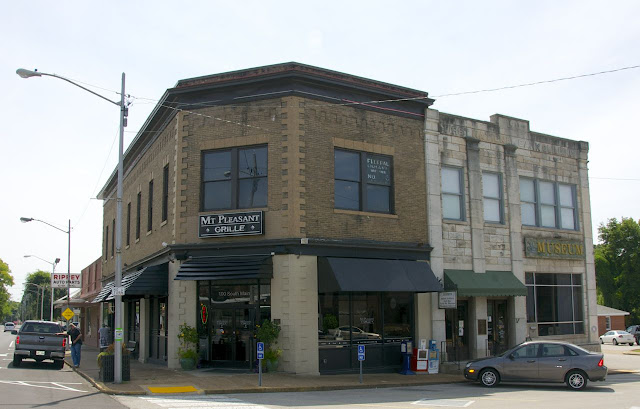 This building has quite a history since it was rebuilt in 1911 following the "Opera House Fire" in the original building located on this site, which was built prior to 1899.  The First National Bank Building to the right was erected next to the former building in 1909, and re-built, along with the pharmacy building, in 1911 (mtpleasantgrille.com/history).  The bank currently serves as the Phosphate Museum, paying tribute to Mt. Pleasant's long history in phosphate mining.  The pharmacy was home to Barnes Drugs and Wright's Pharmacy 1911-1962, and other businesses were located in parts of the building throughout the years. 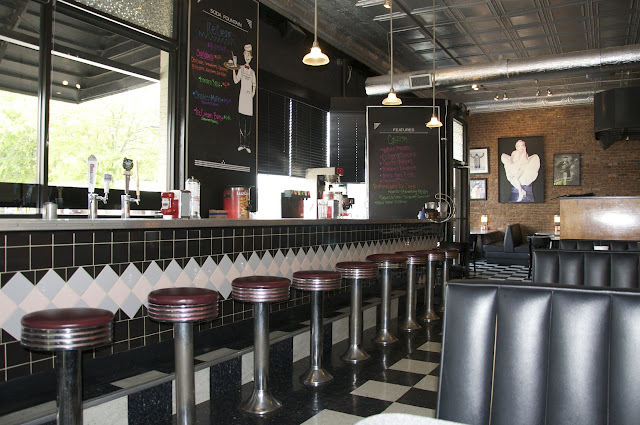 In the 1980s, pharmacist Lumpkin renovated the building to open "Lumpy's Malt Shop" and in 1995 remodeled it to resemble a 1950s restaurant, albeit one with dropped ceilings of acoustic tile.

It was listed on the National Register of Historic Places in 2003 as part of the Mt. Pleasant Historic Commercial District (Davis, Hankins, & Van West, 2003).  In 2006, the building was purchased by Jim Barrier and he spent the next two years renovating, restoring, and remodeling the building into an upscale eatery and nighttime entertainment venue. 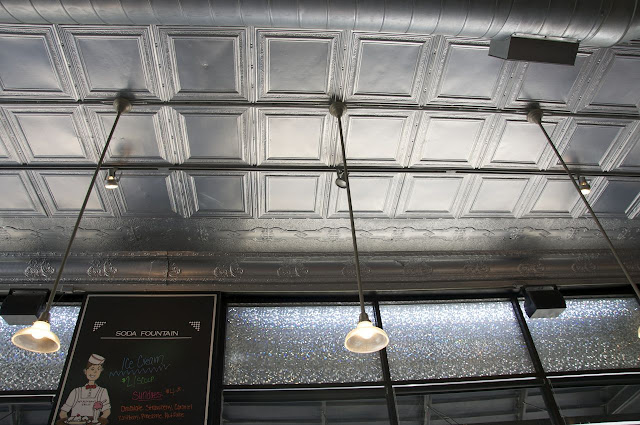 While ripping out those acoustic tiles in the dropped ceiling, look what was discovered, albeit in some pretty sad shape and a shocking shade of blue. 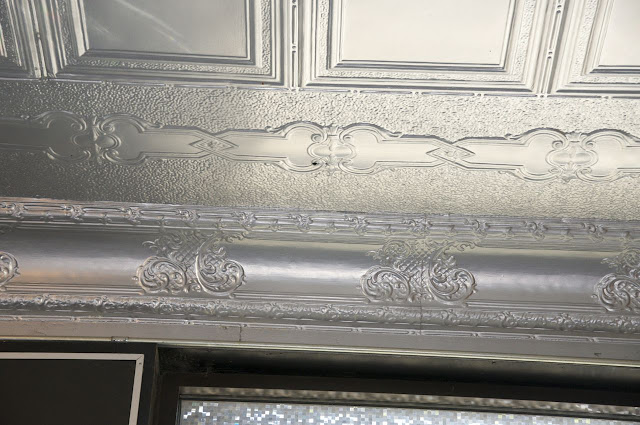 The restoration/renovation/remodel won and award for historic building preservation, but I cannot find where I put that information about the award.

Not only was it a pleasant place to stop and have lunch on the way back to Mississippi, the food was delicious.  I had the fried catfish plate with collard greens, black-eyed peas, and cornbread.  Yum.
Posted by Suzassippi at 10:51 AM

Acoustic tiles should be banned. UGH! I like the way the building sits on the corner.

Yes, one has to wonder what folks were thinking when they invented dropped ceilings and acoustic tile! It was really a nice place, and with the music at night, probably a hopping place!