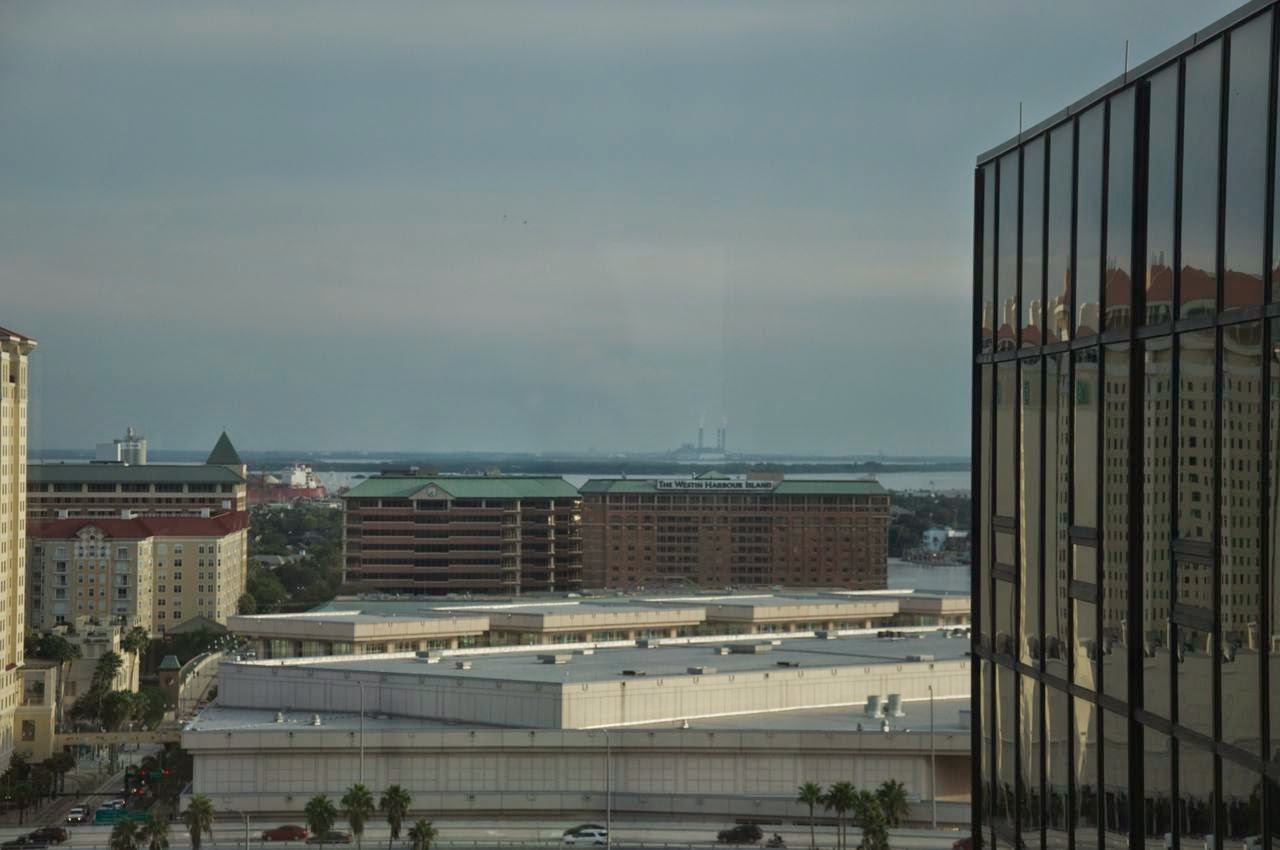 Three airports and 10 hours later, I got my first glimpse of Tampa, a place I have never yet visited.  I am here for CSWE for the week, and the days are pretty well packed, but I hope I have time to visit at least a few historic locations during some of the time.  Meetings end by 5, so that still leaves a bit of time to check out at least a couple of things in the immediate area.  I walked a couple of blocks from the hotel to pick up what I assume might be Cuban or Dominican influenced tacos--made with shredded beef and slaw.  They were quite tasty, though somewhat spicier than I anticipated.  My view from the 17th floor is fairly bland, what with other hotels in the way, but I still have to check it out and take the required "out of the hotel window" shot that has been my norm since the first high rise I stayed in while visiting Milwaukee. 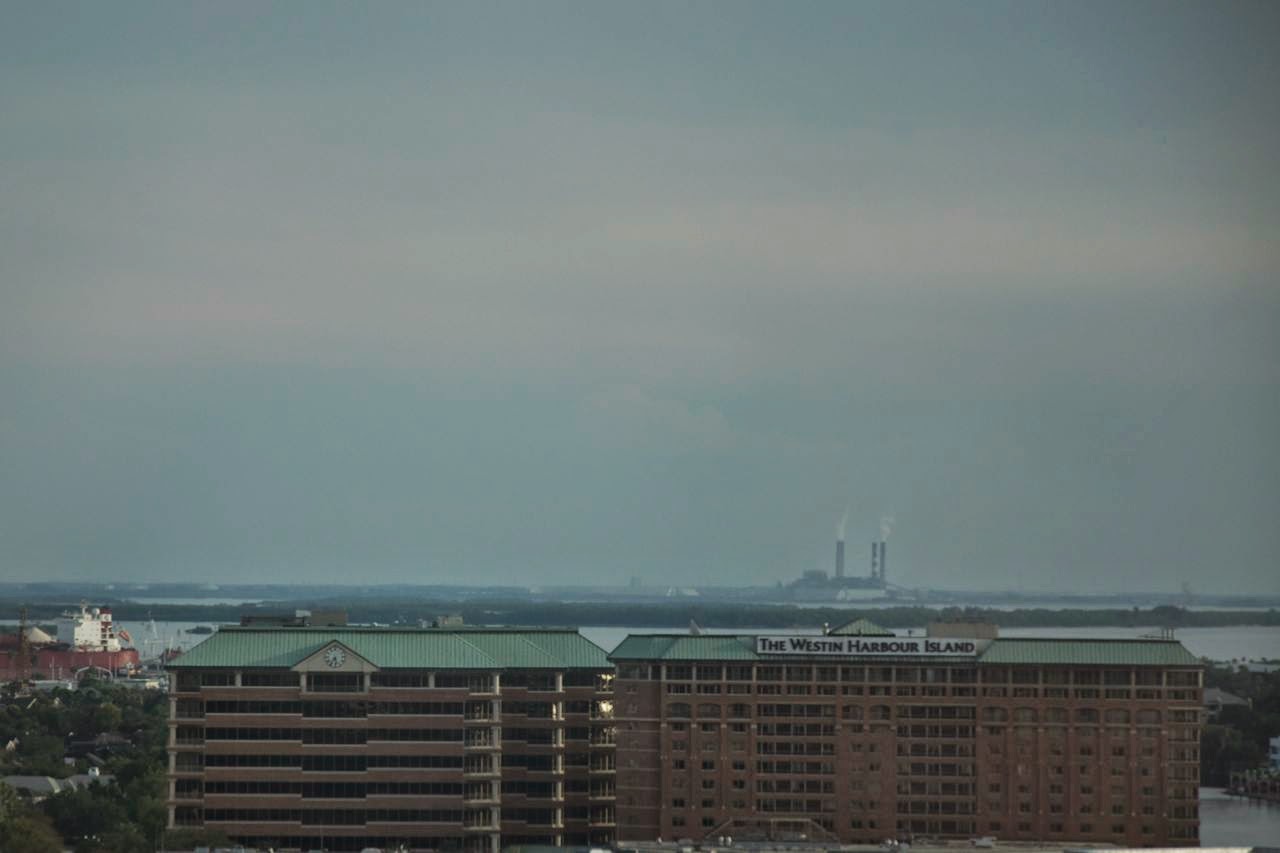 The meetings are at the Tampa Convention Center and one of the downtown hotels, so we are spread out in a several block radius, but still easily walkable.  Although after trekking through three airports, my walking was about done for the day when I ventured out a few blocks. 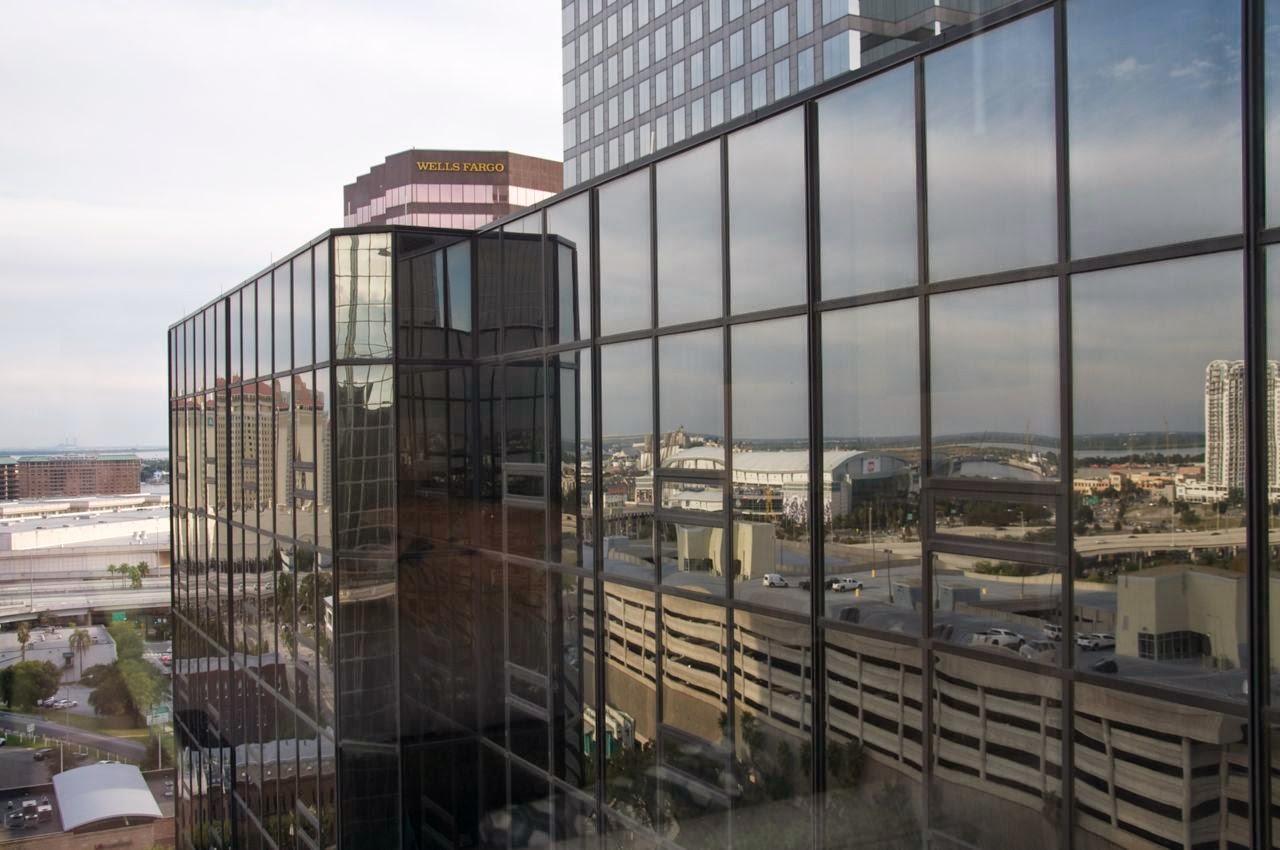 The plane from Atlanta was full, so I had to check my carry-on, being in the last zone to board and all the bins were full.  That meant pulling out the lap top, camera, iPad, meds, and loading them into my tote bag I carry for a purse--which I bought for just that reason after having had to do that on several trips.  That wasn't bad, except for toting the extra weight on my shoulder instead of pulling it, and heavy stuff still is something that is not only not easy for me, it causes pain and difficulty walking from the swelling, but a night of rest generally gets me back in the groove for the next day.  Good thing, since the convention center is a 3 block walk from my hotel. 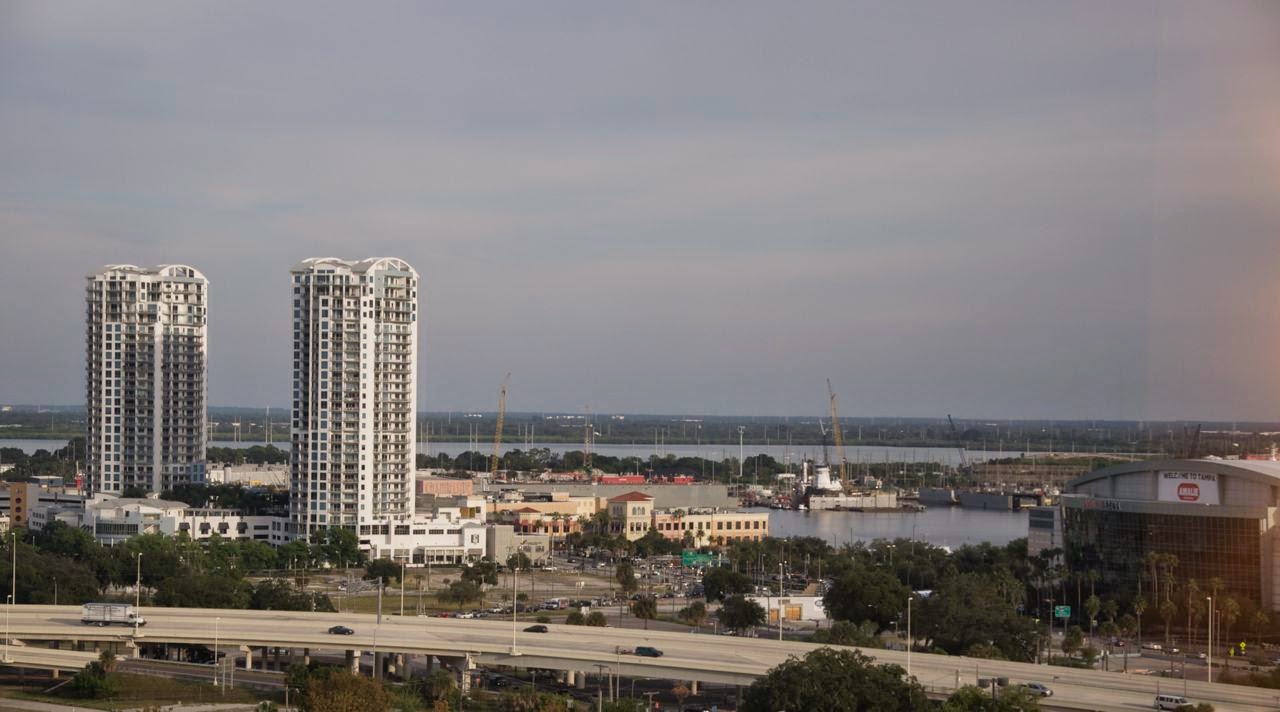 I have scouted ahead as to the local New Deal era locations and have a list that I hope to be able to make.  After all, that is research and work, thus, should earn me a wee bit of time off from the endless sessions, in the event out of the 200 plus at any given hour, there is not one that meets my needs.

Meanwhile, time to pull up tomorrow's schedule and map out where I have to be when, and figure out the most walking friendly, humidity friendly attire I might have brought with me.  It is not even 7 p.m. here, but I am about to head for dreamland!
Posted by Suzassippi at 6:45 PM