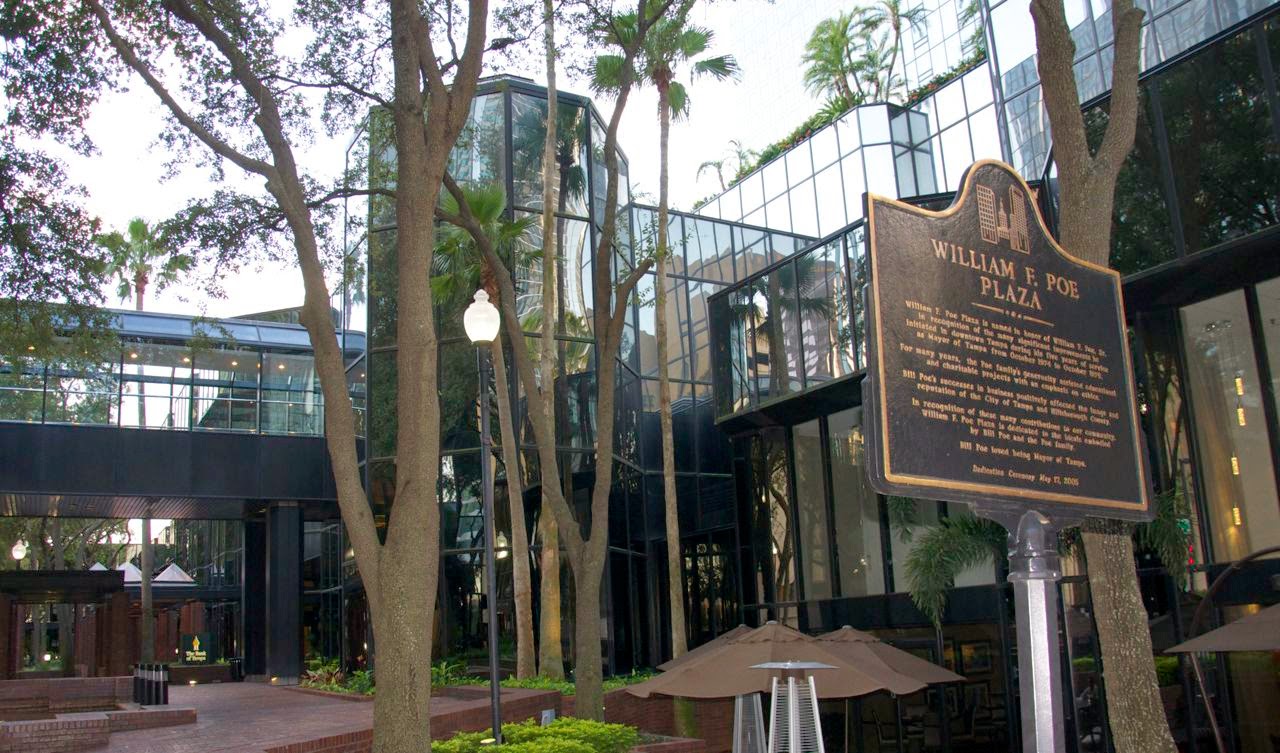 William F. Poe Plaza, a bricked walkway that connects 2 blocks, is a pleasant and shaded walkway between highrises.  A fountain breaks the monotony of the brick walkway, and variations in terracing provide contrast.  Poe was mayor of Tampa from 1974 to 1979, and initiated improvements in downtown Tampa during his tenure. 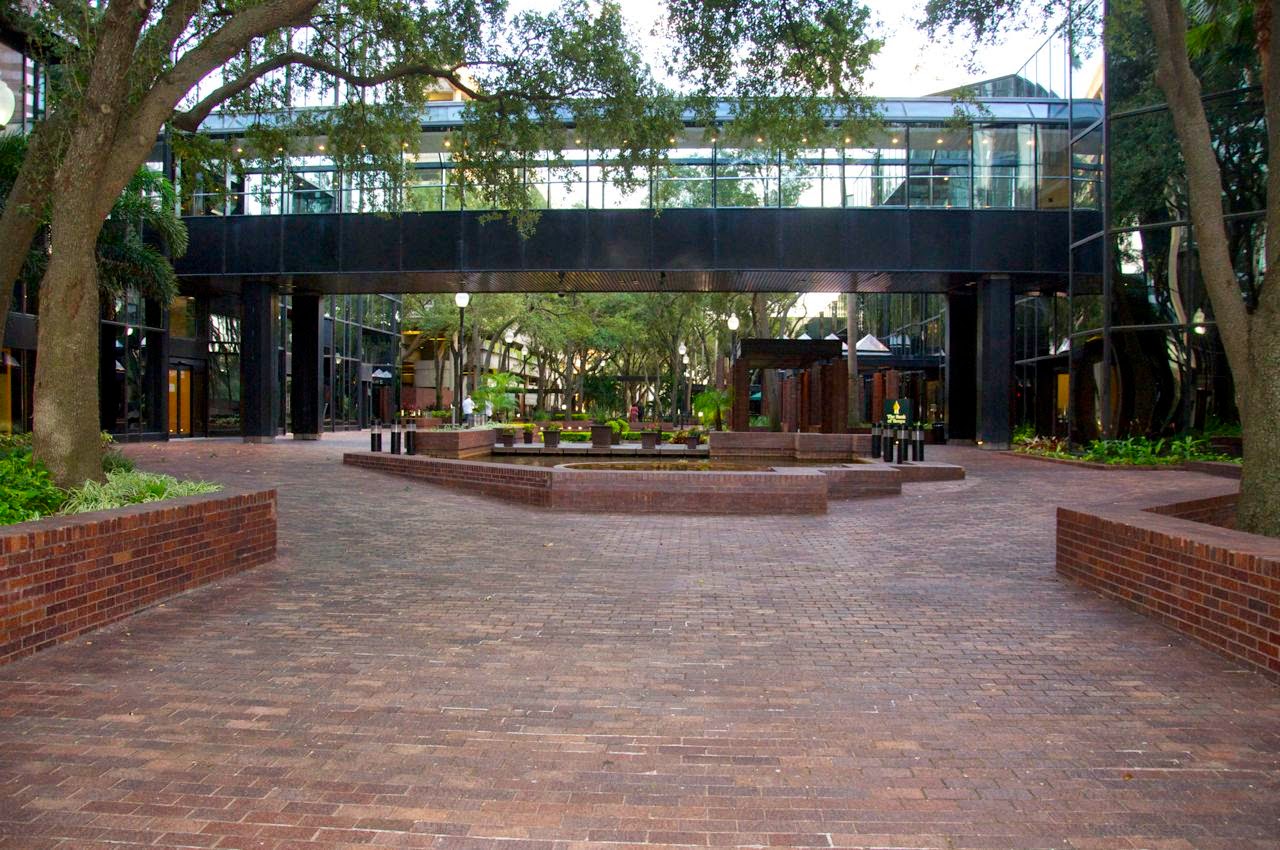 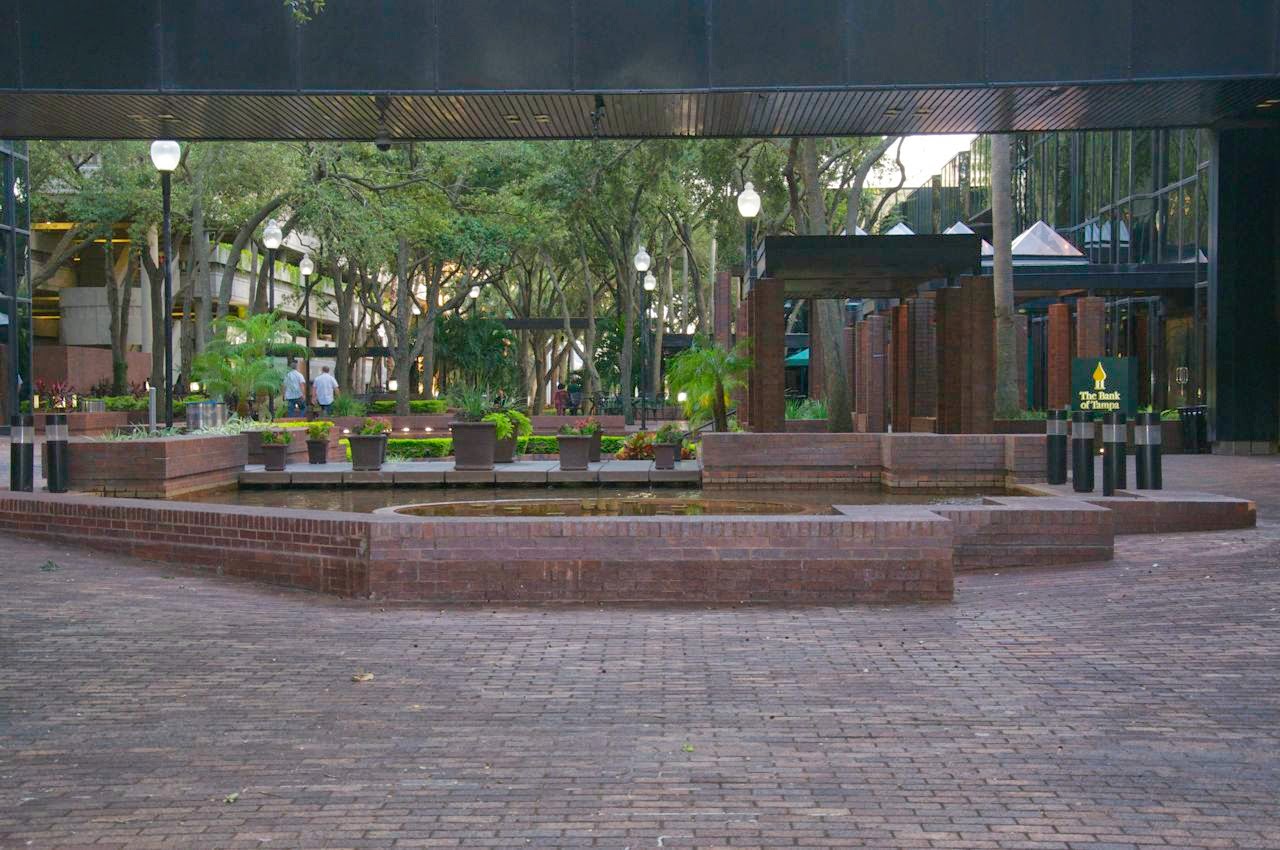 Although it was relatively quiet on Friday evening, Saturday it was filled with adolescents skateboarding, flipping off the walls enclosing the fountain and other spaces, and sliding down handrails.  I thought the fascination with that sort of "sport" ended years ago, but clearly not. 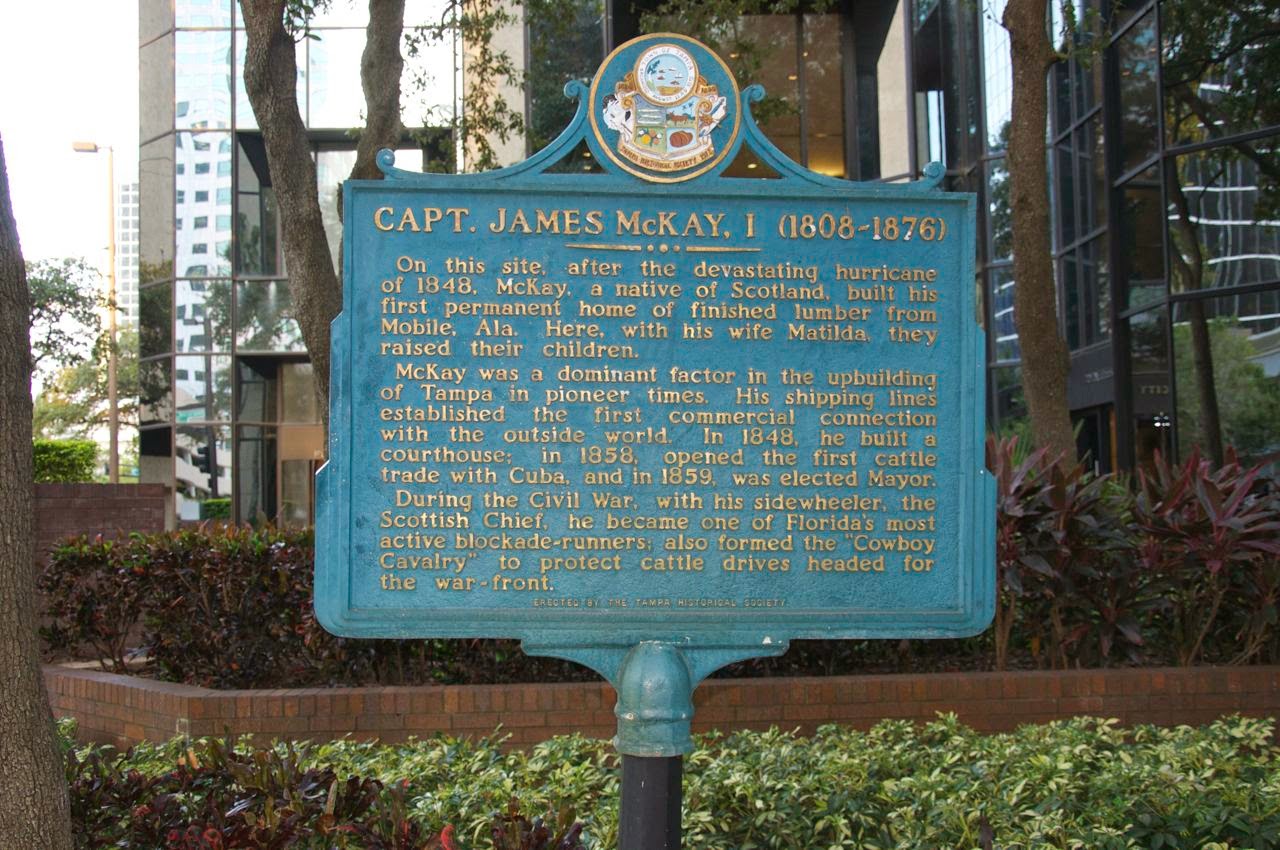 Apparently, McKay's contributions as mayor of Tampa may have sparked the impetus for Mayor Poe's namesake, Poe Plaza, being located on this site. 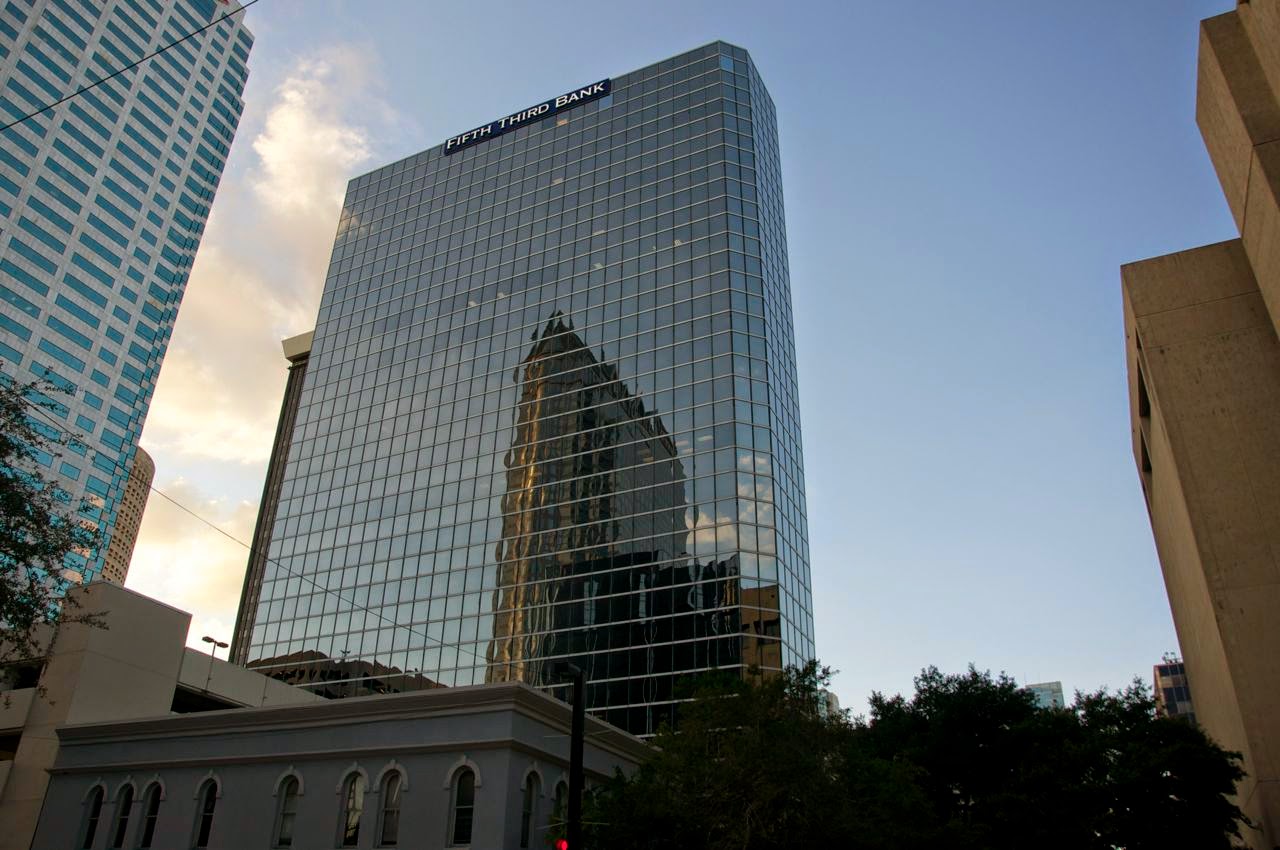 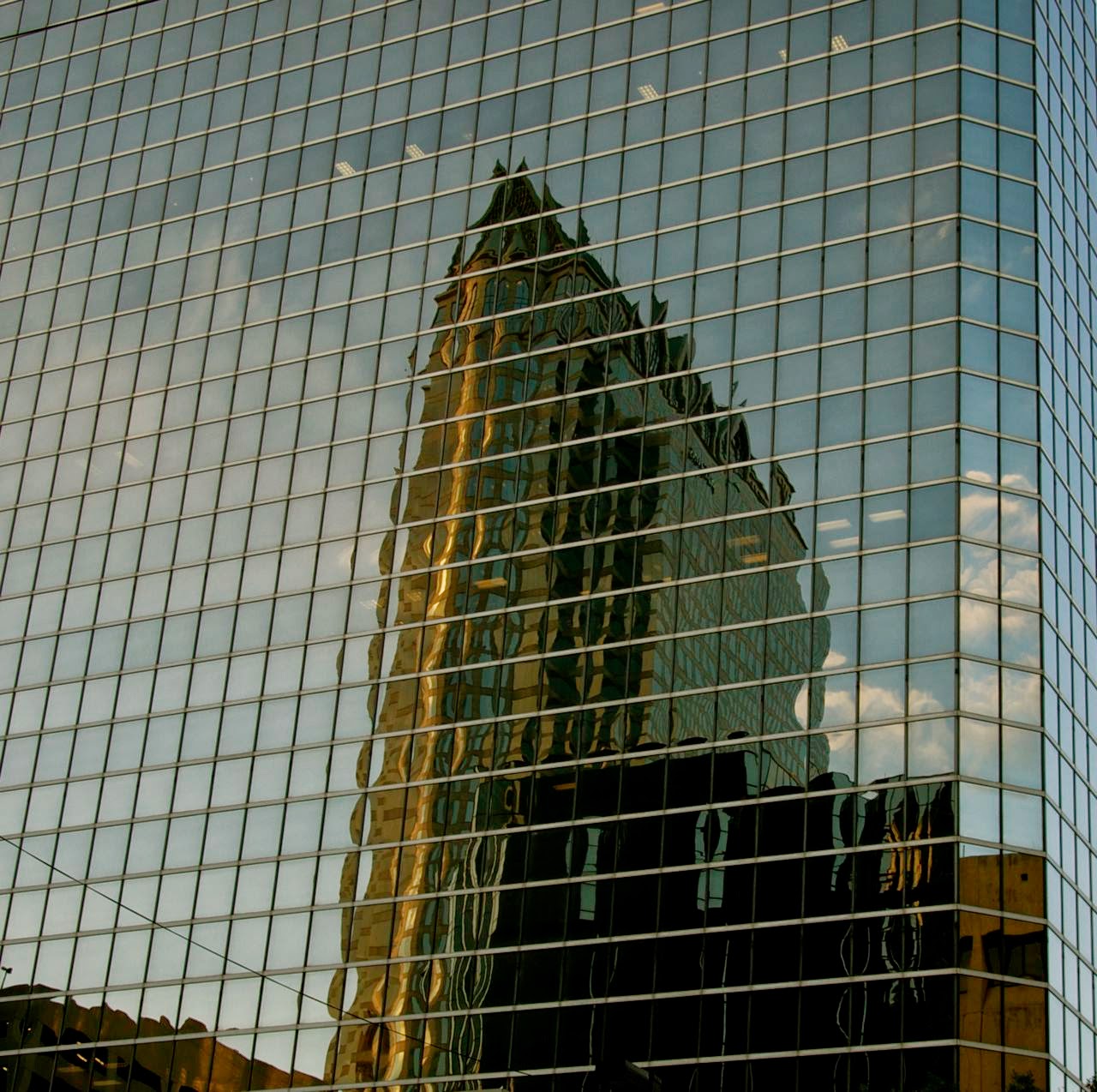 Posted by Suzassippi at 6:32 PM