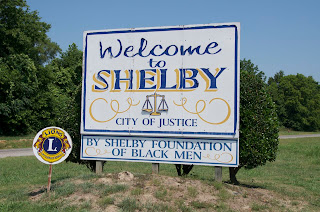 Shelby is located on old highway 61, just a stone's throw from the 4-lane 61 that runs through the Delta and up to Memphis.  I left Mound Bayou yesterday and when I noted that Shelby was a mere 3 miles up the road, set off on a new adventure, having no idea what there was in Shelby, Mississippi.  When I drove by the welcome sign, I was intrigued to the point of locating a place to turn around and go back to the sign. 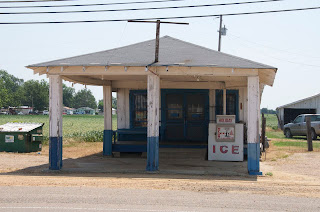 One of the first things you pass as motor toward downtown is this little store.  It is a clone to the one I grew up with in Elbert, Texas.  Its original pumps were the ones operated by gravity, and the gasoline was stored in glass containers that sat at the top of a tall, round pump. 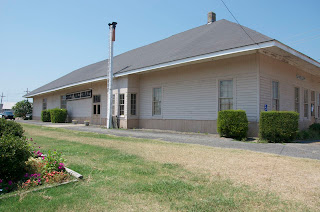 The railroad tracks ran through the middle of the town, as they did in many small towns.  Shelby has renovated its depot, and it now sees use as the Public Library. 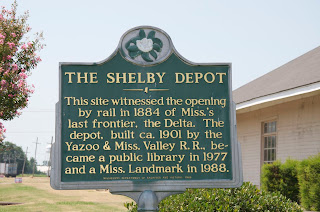 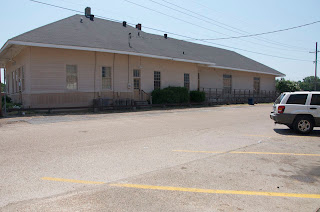 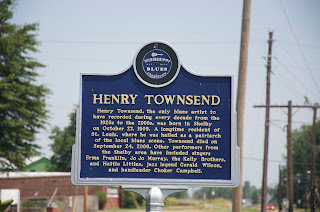 Shelby, like much of the Delta, was home to many of the musicians that came from this part of Mississippi.  There is still at least one blues club in the town.

Tomorrow, I'm going to take on a commentary by the group "First Impressions" and I'll be posting the pictures of other significant structures in the community.  Yesterday was my first impression as well, and I note that my first impression differs markedly from that of the public relations group who did the recent study for Shelby.  Then I think I might do my first poll ever and see what you think.
Posted by Suzassippi at 7:44 AM