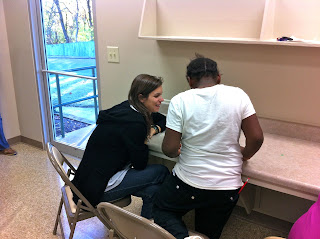 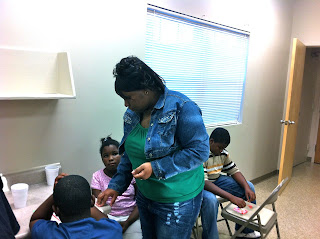 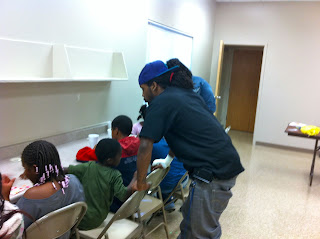 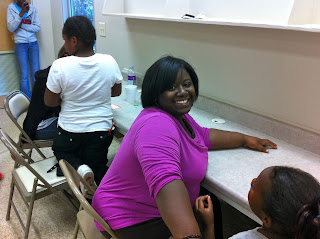 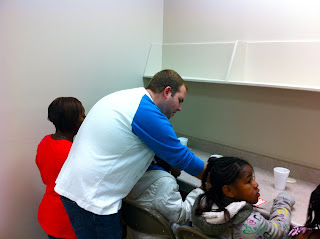 Equifinality in action:  Individuals start from different points, and achieve the same outcome.  I am not saying anything the group did not already know and has not discussed in their meetings, but this group struggled through the Power and Control stage throughout the project.  There were conflicts, and false starts, and hurt feelings, and disagreements, and confusion, and I suspect some anger and fear at times.  I imagine there were times when they all wanted to quit, as there were certainly times when I felt frustrated with my inability to reach them.

Today, however, I worked with them on the final processing of the termination stage, when they have to identify their achievements and successes, as well as future obstacles and how to address the things they learned about themselves in the process.  We conclude with giving a "gift" of something that builds on a strength, but addresses a need.  It is a time to acknowledge each other, and hopefully, be able to see past our differences to what we have been able to achieve through a group that we cannot on our own.

The group's intervention was this afternoon, and it was the first time we were entering that particular community.  I valued that this group took the initiative to do something new and innovative and were willing to take the risk it involved.  One group prior to this a couple of years ago tried to do an intervention in the community, and "no one came."  Of course, the reality was that the other group did not set it up well in the beginning, nor follow through.  In this group, we talked about the risk of failure, but also what to do to ensure success.

We arrived this afternoon to discover that our flyers had not been posted and most likely, no one knew about our activity.  The students started walking throughout the neighborhood talking to any parents and children they could find.  I was unloading the car when the school bus stopped and kids started to pour out the door.  I told as many as I could to check in at home and then come back.  Pretty soon, between the students out in the community explaining what we were doing and the kids on the bus, we had a roomful--19 children, and two parents.  I thought that was incredible effort on their part.

Then the second part where they demonstrated their flexibility was when all the kids were much younger than they had anticipated as the target group, and their planned intervention was no longer appropriate.  They adapted it to fit the younger age group, and improvised some wonderful activities to engage the children, peak their interest in future programs, address peer pressure and bullying, and encourage staying in school and achieving their dreams.

I was pleased to see them come together and work together as a group to accomplish the group goal, and there was no hint of any of the troubles that the group has experienced evident in their interactions with each other or the children.  It was truly as it the group this afternoon became the "it" where the group was more important than the individual members.  I love seeing that happen in a group, and not only was it important for the intervention, I hope it was important for the students.

As I saw it, the primary objective here was to engage the children and community for our future work there in the spring, and they accomplished that.  The parents were happy that we would be returning, saying "we need this."  The children were excited and already asking about what we will be doing, and when we will be back.  I left there feeling happy and rejuvenated, and confident.  Empower Rangers: Mission Accomplished.
Posted by Suzassippi at 9:37 PM