The Gift that keeps on giving...Cats 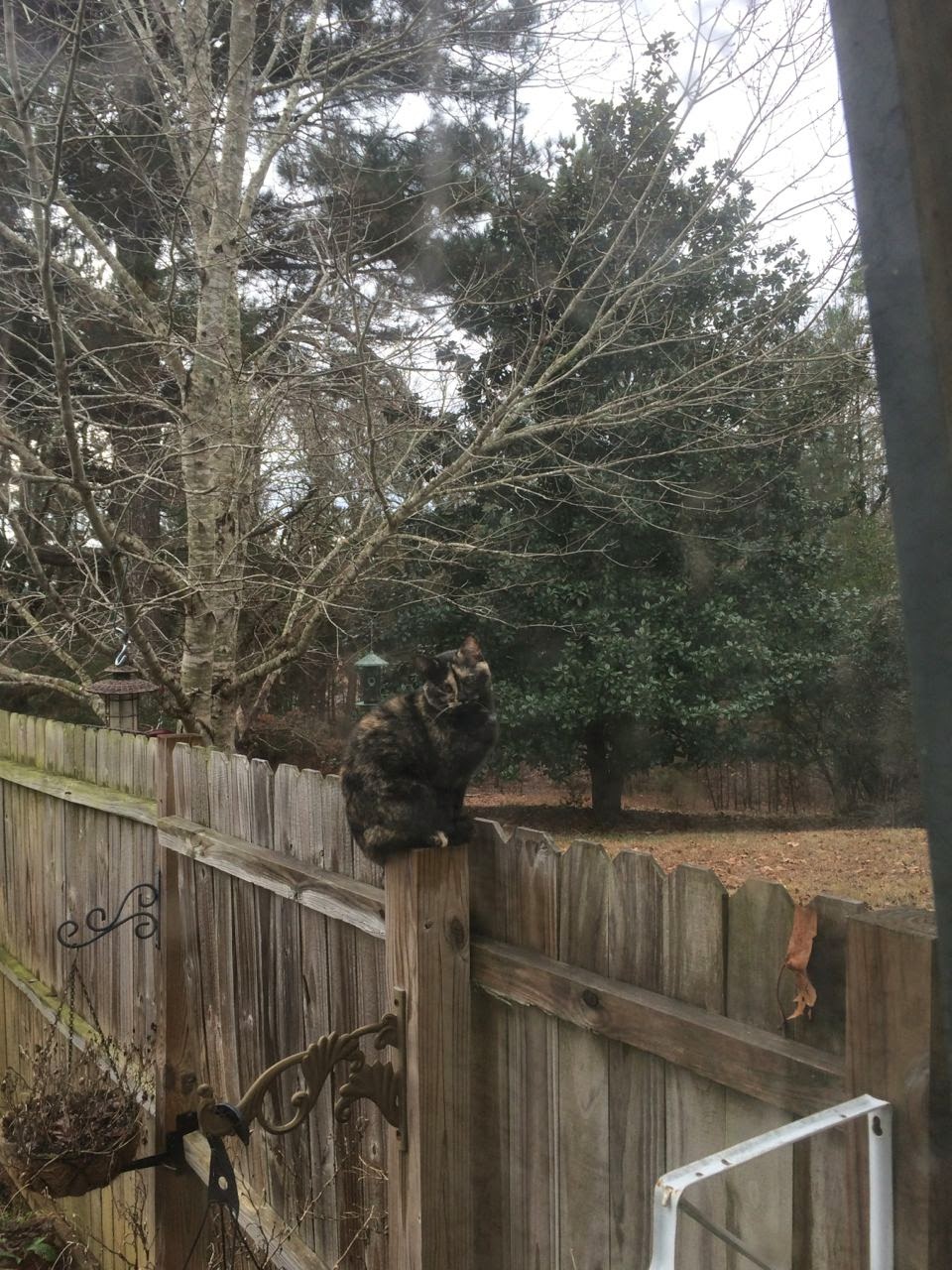 Things have been busy here around the Taylor Hill zoo in the past couple of weeks.  Translation: too much to do, and thus, nothing gets done.  Cinco and Son House have taken to enjoying the perch on the fence post at Libby's kennel.  I have glanced out a time or two and been startled to see them sitting out there, looking in the window. 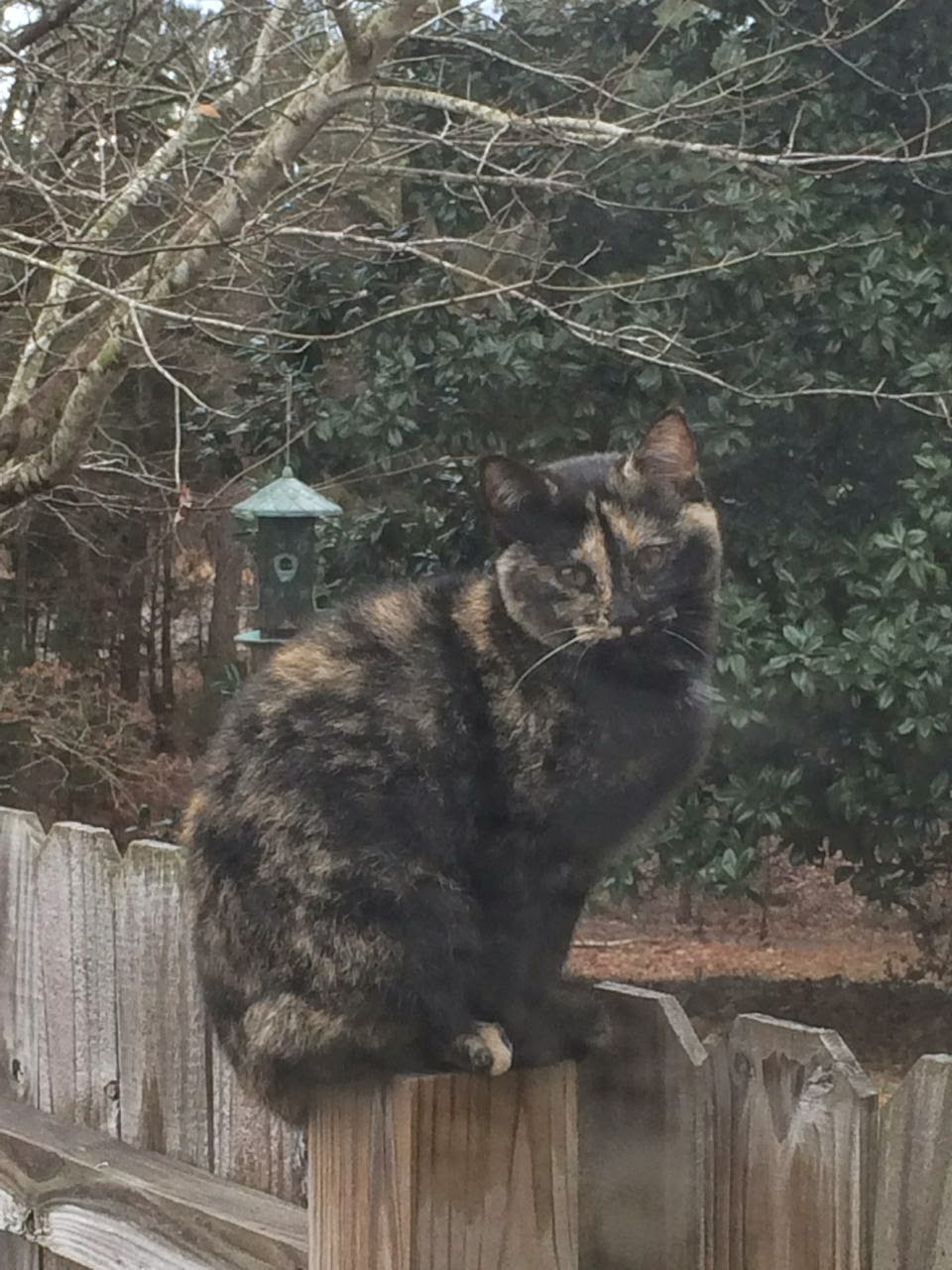 Cinco is the fifth of the calico cats who have called the hill home since the winter of 2010 when two pregnant calicos showed up and gave birth on the porch, so calling her Five seemed to be fitting.  I have previously noted that calicos do not seem particularly friendly, although Cinco has warmed up and will actually come over, rub up against my legs, and lie down for me to scratch her tummy.  Her mama has even calmed a bit, and will come over on the steps, meow for a pet before she runs off. 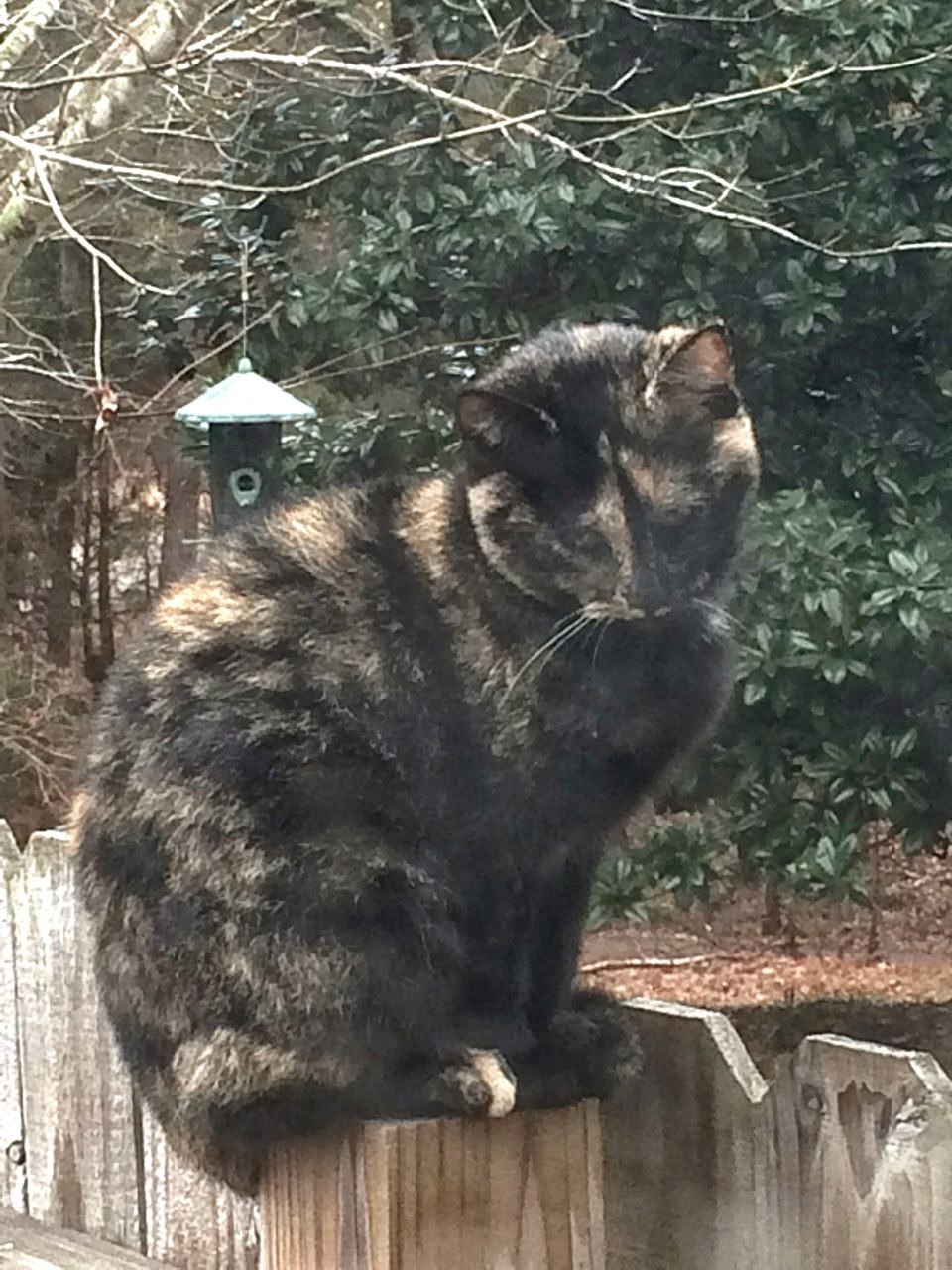 Cinco kept an ever-watchful eye on Libby's pet door, though, just in case a little red dog came barreling out of it.
Posted by Suzassippi at 10:58 AM

Cinco looks like my Baby Girl! Baby Girl is extremely loveable and has a ton of personality.

You must have the same invisible sign in your yard that is in mine. It says (in kitty language): Hungry? Homeless? Pregnant? Stop here. The human will take care of everything and you will never want again

Yes, the word is definitely out: safe haven on the hill.