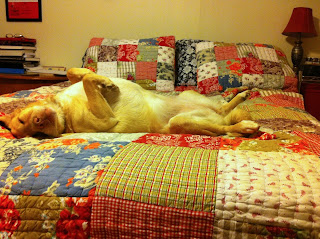 Libby and I were listening to previews of Hugh Laurie's new CD about to be released.  It's already out in UK and Europe, but we have to wait across the pond.  Personally, I think I was doing more listening than Libby was... 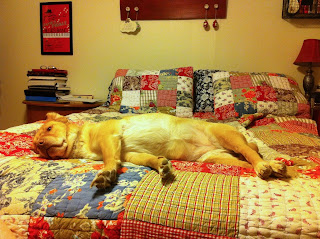 If you aren't familiar with him, Hugh Laurie is the British actor who played Gregory House, albeit with an American accent as in the show, he was a US doctor.  He is a gifted pianist, and he released his first CD last year or so--New Orleans jazz.  The latest one is blues, paying tribute to many of the early blues musicians from this area.  The title of the album is taken from the song Didn't It Rain?

The song originated at least as early as 1927 or 1928 in sheet music, and varied a bit from the current version as it was a "Negro spiritual" or "work song" (wikipedia, citing scholarly works from Clark University's G. Stanley Hall and Neuman I. White).

He visits the blues in the latest CD.  Check out his Unchain My Heart.


He will be on tour in the US for the first time next year.  I might just have to go to my first concert since Willie Nelson in 1994.
Posted by Suzassippi at 12:01 PM