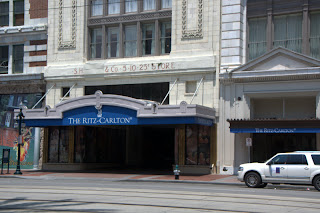 I had planned to head east on 90 and drive along the Gulf Coast to check out the reconstruction. I missed the turn near downtown NO, so decided to change plans for the day. It seems interesting that the Ritz Hotel is partially in an old five and dime store--the old Kress variety store. 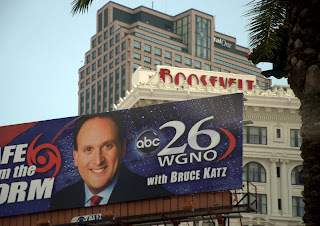 The Roosevelt Hotel was a significant landmark mid-century, and Pete Fountain played in the Blue Fountain room. He was here for the re-opening recently. 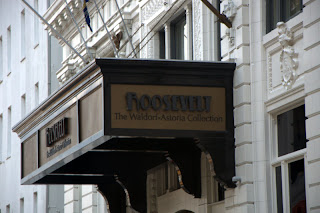 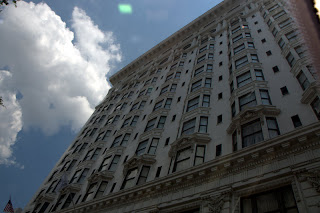 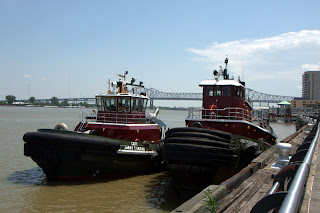 At the end of Canal Street, I had to either board the ferry or turn into a parking lot. I opted for the parking lot, though I had not intended to do so. I walked up to the River and spotted these tugs...and a steamboat boarding. The first time Randy and I visited NO, we took a ride up the river on this steamboat. 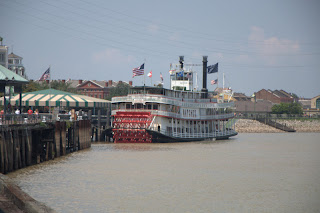 The Holocaust Memorial caught my attention... 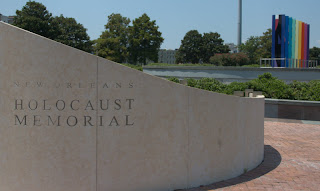 at first, I was just thinking it a rainbow hued piece of art, reminding me of the old glass sculpture that was in Nelson Park, Abilene, Texas for a while. 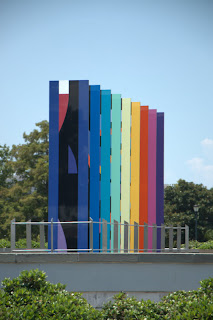 On walking up the ramp and investigating...I found quite a different story. With each angle, the perception changes. 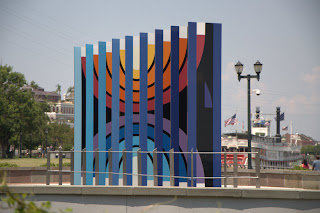 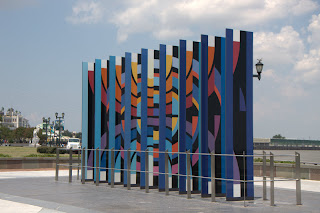 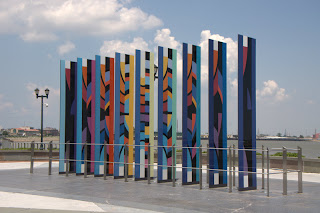 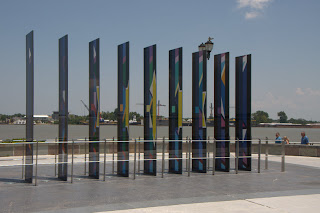 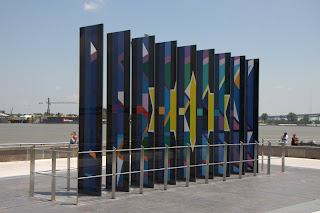 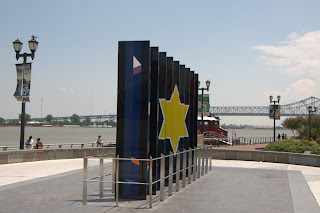 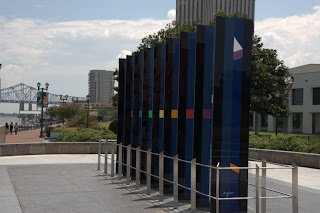 I had planned to walk up toward the French Market, but a half block in 100+ degrees and I changed my mind. I decided my $6 parking fee was money well spent for the 20 minutes I was there. 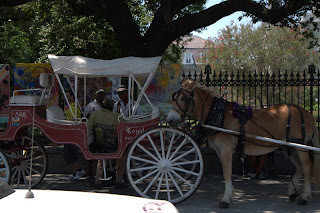 Jackson Square, where if I recall correctly, President Bush stood against a backdrop in 2005 and vowed to rebuild New Orleans. It still has a long way to go. 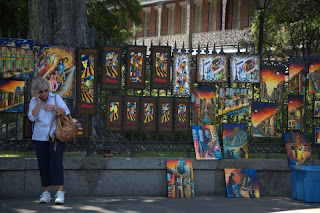 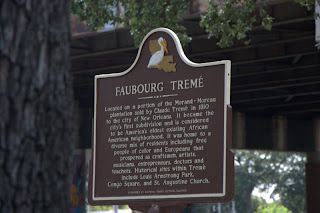 Historic Treme district--reminds me of district six in Cape Town--which was a multicultural community of artists, musicians, doctors, etc, from all ethnic groups. It was bulldozed as the apartheid government needed to erase all evidence that people of different backgrounds could live together in harmony and enjoyment. 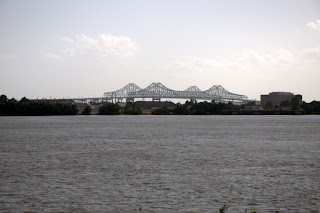 One of the many bridges in the area spanning the Mississippi River. 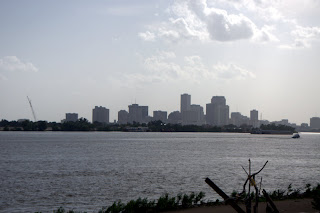 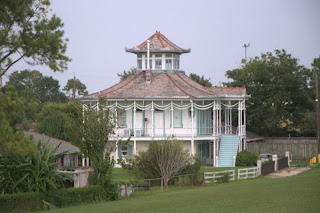 The famous "steamboat houses" on the river bank of Holy Cross, near 9th ward. 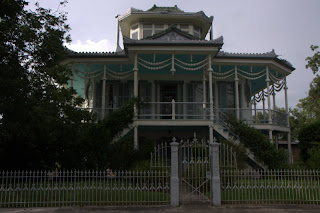 Even in the midst of work, one needs to just do a little cultural tourism. Then I came home and took a nap with Rosie, the poodle. She was glad to see me.
Posted by Suzassippi at 6:17 PM

I haven't been to New Orleans for a long time so it was a nice trip through with you.

Loved seeing everything. The memorial is really interesting. I keep thinking about the house we rented in the French Quarter for a family Christmas the year Katrina hit so we never got to go. Maybe someday.

I had forgotten about that plan! Yes, you will have to try again sometime.