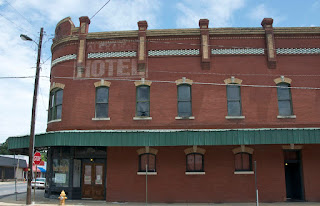 Alexander Hotel on DeSiard Street, just a couple of blocks from downtown, dates from 1906.  According to Lee Estes (Downtown Monroe--Some Visual Highlights, Louisiana Road Trips, February 2010, p. 7 & 8), the hotel was on the second floor, and a bar at ground level. 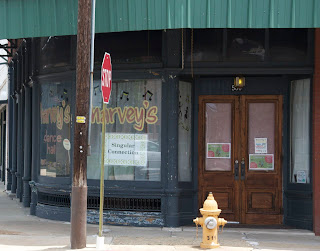 Estes referred to the bar as the Shamrock.  Most recently, it is the location of a singles group from a local church (no alcohol, just dancing lessons). 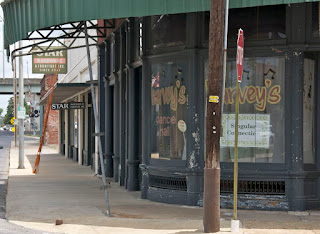 It bears some similarity to another corner building a couple of blocks up the street on DeSiard, although the other building was much larger, and was apparently a department store alongside the Woolworth's. 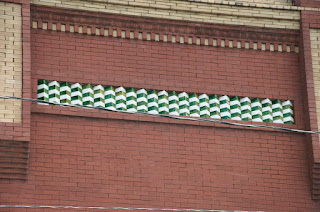 I was entranced by the green and white trim around the top of the building.  According to Estes, the east side of the hotel did not have exterior windows and was illuminated by "lantern skylights."  The rooms were partitioned with 10 foot walls, and one skylight illuminated two rooms.


Each room had a stove for heat, a pitcher and bowl for bathing, and a potty.

Posted by Suzassippi at 2:17 PM