A trip to Webb, over in the Delta, this afternoon was a good opportunity for exploring as it was such a sunny day, even if on the chilly side in the 40s.  It turned out to be church building day. 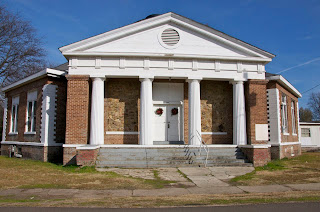 This building--which reminds me more of some Jewish temples I have seen rather than a Methodist Church--is off the main street in Webb. 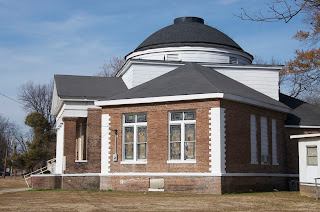 The unusual design of the building (at least, unusual to me) was appealing. 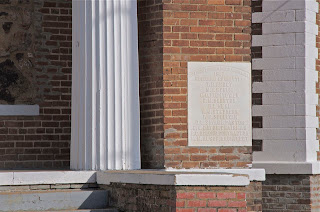 According to the corner stone, the architect of this 1917 work was M. M. Alsop.  I tried diligently to find any information about him, to no avail.   Perhaps EL Malvaney or some one else over at MissPres can fill me in.  I searched everything I could find on the Internet, and even looked for academic articles on the UM library site, only to turn up nothing. 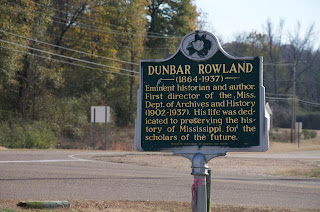 And, speaking of EL Malvaney, this one's for you, EL!  I decided to drive down town Oakland, and imagine my surprise to find this tribute to Mississippi preservation.  Rowland was born in Oakland, and as I'm sure is well-known to historians and preservationists, published a number of books. 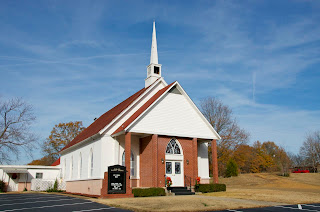 A bit further up Main Street is the Baptist Church.  I was also unsuccessful in locating any information about this building. 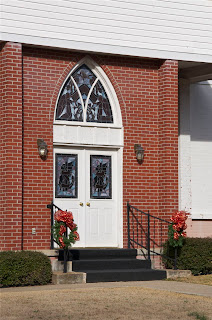 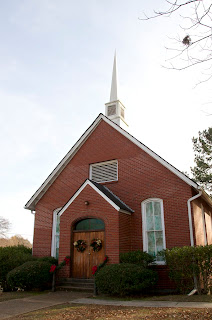 It's neighbor across the road is the United Methodist Church.  Nor could I find information on this building, however, they have the same type of steeple. 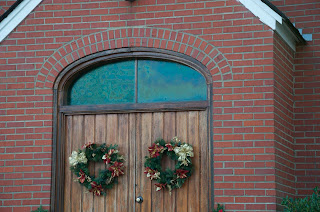 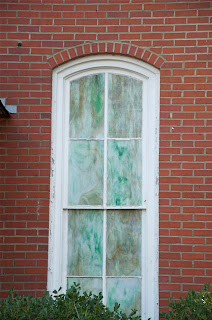 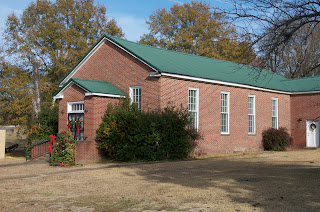 There was no information indicating the name of this building, or its current use, but the remains of a sign is hidden under the greenery by the steps.  It and the design of the building make me assume it once was a church. 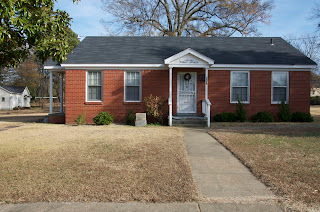 In the only departure from churches today is the Oakland Public Library, which, if I were guessing, I would say was once the parsonage for the church next door, assuming that it was a church. 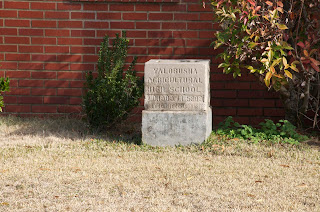 According to C. H. Robison's 1911 history of agricultural high schools, the Yalobusha Agricultural High School was one of the county schools permitted by the 1908 Mississippi legislative act.  Initially, the law allowed establishment of one agricultural school per county for the training of white students, to include "theoretical and practical" agricultural education.

The law was subsequently amended in 1910 to allow two schools per county, one for white students and one for black students, following legal review, based on the 1896 Plessy v. Ferguson ruling (B. H. Fatheree, Mississippi Historical Society).  According to Fatheree, the schools, established in rural areas, did not charge tuition but did charge for room and board in the dormitories.  The agricultural high schools eventually evolved into the junior college system, which is why many of the community colleges are located in rural or less populated areas.

If I stay here long enough, I may learn Mississippi history.
Posted by Suzassippi at 5:40 PM

Somehow I missed this post a couple weeks ago, but happily my Google Reader reminded me of it! Thanks for all this cornerstone info, and I have never seen that Yalobusha County AHS cornerstone before--very cool!

As for M.M. Alsop, he apparently began his architectural practice in 1910, based in Houston, MS, then moved to Clarksdale, MS, before ending up in Memphis in 1919. According to a great but unfortunately unpublished dissertation by Joseph L. Herndon "Architects in Tennessee," Alsop was responsible for at least 9 agricultural high schools in Mississippi during the 1910s.

Thanks for the information. I've been curious since I saw it.