Jeremy makes a nice play at the beginning of the game. 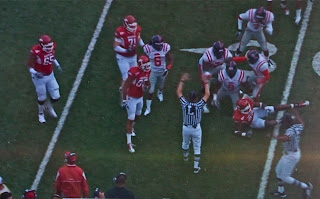 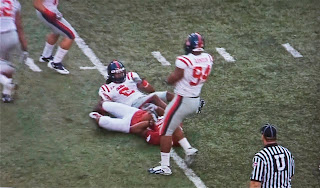 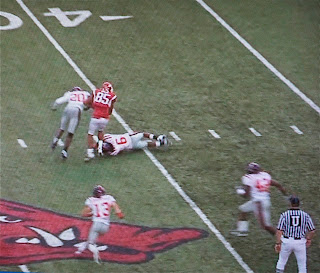 It took forever to watch this game due to delays for lightning in the area.  I even had time to take a nap in between two of the delays.

I am not much of a daytime napper most of the time, but I had all four wisdom teeth out Thursday, and it has not been the most pleasant weekend I have spent in a while.  While I did extremely well and much better than was predicted, the combination of medication and pain and tired from not sleeping well and not being able to eat much has taken its toll.  Today actually seems worse than the first day for some reason.  In the meantime, I have been able to catch up on grading and reading, so I guess there has been a tiny upside to it.  I have not been out of the house since Thursday except to feed the yard kitties, but plan to return to work tomorrow.  I have a major week coming up between advising and observing the role plays for the first interviews in the practice class.  Timing is never what you need it to be, is it?
Posted by Suzassippi at 11:19 AM