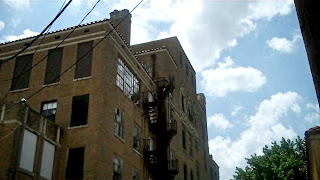 Rear fire escape of the Nazareth Hospital. The hospital was built in the early 1900s. It operated until the 1960s, when the Sisters could no longer find sufficient staff to operate the rural area hospital. 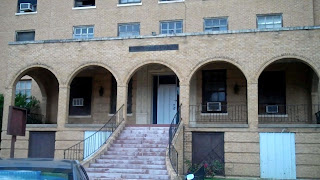 Although a fire damaged part of the basic, much of the building is currently used. 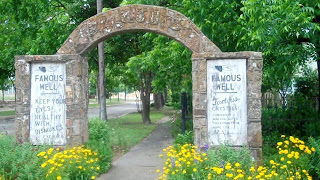 Another "famous" aspect of Mineral Wells was the Crazy Well, on which the Crazy Hotel was built. Also, Dismukes famous water (including Pronto-lax) brought fame to the city. This well is still the only operational well in the area. 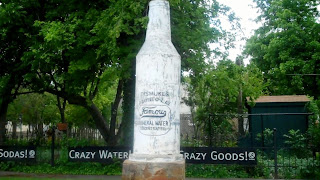 The well got its name when a local woman thought to be "crazy" drank the water and was allegedly cured. Word spread, and Mineral Wells was on the map.
Posted by Suzassippi at 2:30 PM