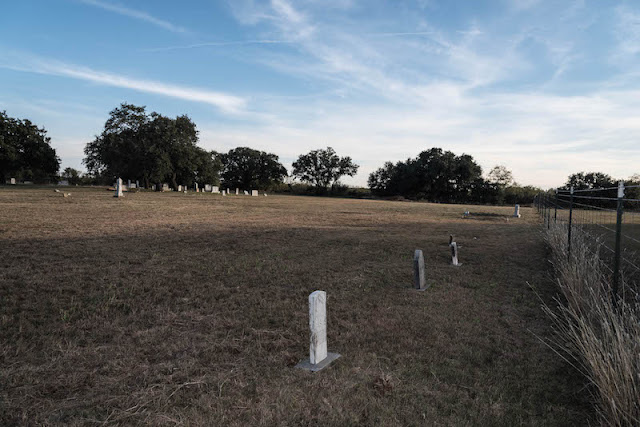 While searching for family ancestors on my recent trip to Texas, Sis and I found ourselves at the South Bend cemetery nearing sunset.  This was not my first exposure in Texas cemeteries of a distinct line of segregation for burying those of Mexican descent. 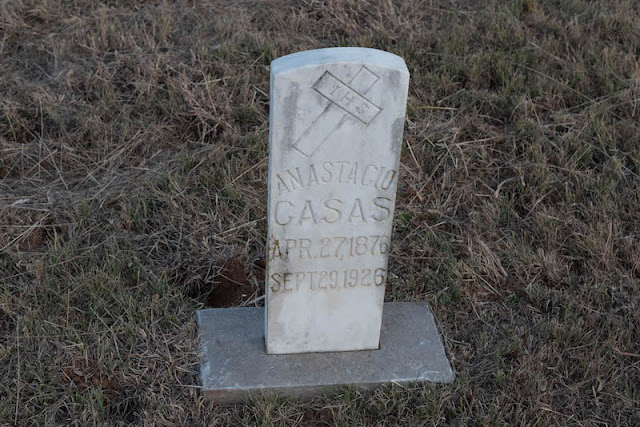 Three isolated graves, next to the fence in the most remote portion of the cemetery--all three were born and died around the same time--birth in the late 1880s, and death in 1926 and 1927. 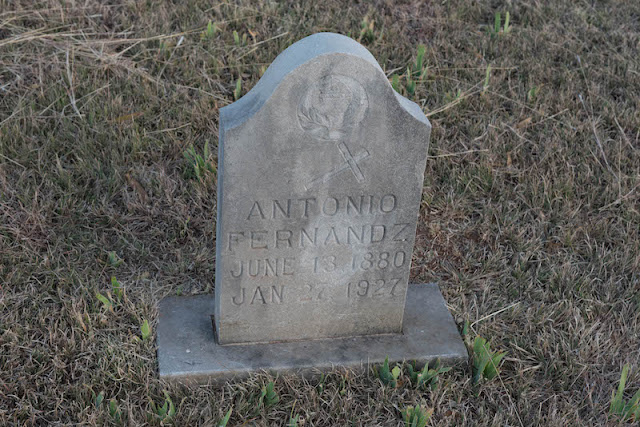 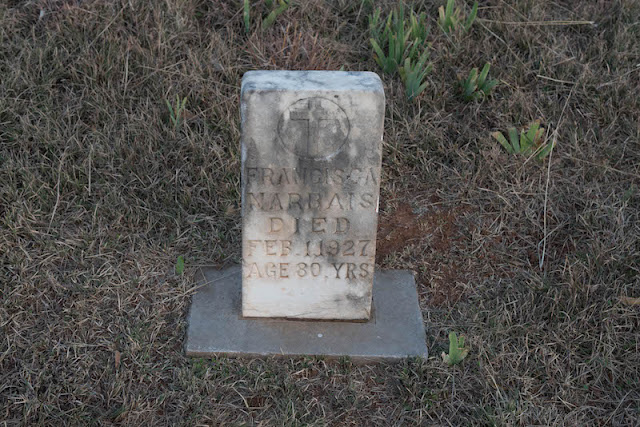 I did not really expect to find any information about these three individuals, nor why they were in South Bend at the time of death.  The Narbais name is found in Argentina.  Fernandz spelling is found in California, Florida, and Colorado as well as other isolated locations, and there are many Casas throughout Southwest Texas.

There were many farms and ranches located in the South Bend area of Young County, and it is probable that these individuals worked on one of the farms or ranches.  Vaqueros in Texas were highly regarded for their horsemanship and cattle skills.  I will keep up the search as time permits, but for now, my day job calls me.

December 9th update:  I spent more time searching for information on these Young County residents--who died in the years immediately after and the same as my parents were born in the area.  My ancestors would have/could have/probably did know these individuals--or at least who they were--because they were living in the same area at the same time. I am still not even close to learning about their lives, but I did locate some ancestry information for records of those born or baptized in Mexico, as well as other information on Latino ancestry in Texas.  I cannot connect Anastacio Casas with those of the same name that I located, but I did find several in Texas with similar dates of birth, and also several leads on Francisca Narbais. 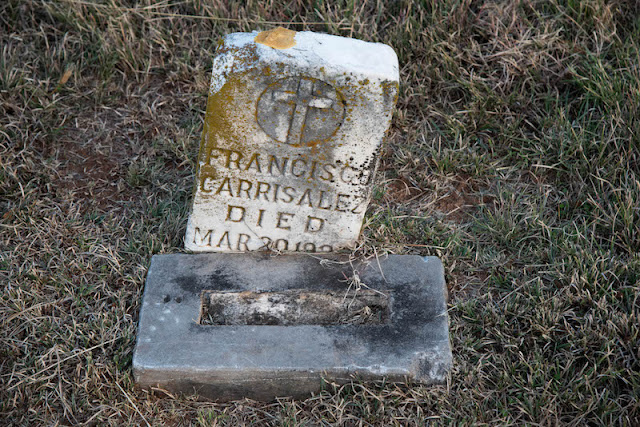 Additionally, when looking back through photographs, I realized I missed the 4th grave in the group: Francisco Garrisalez.  Based on the similarity of the tombstone design and the dates of death of the others and what appears to be the top of a 9, 2, and 7, I speculate that Senor Garrisalez' date of death is 1927 also.

That raises a new question of why did four persons of Mexican/Latino descent die during the same general time period in South Bend, Young County, Texas?
Posted by Suzassippi at 11:01 AM

If only you didn't have that day job...

I've loved cemeteries, especially old ones, ever since my Grandpop used to take all of us kids "cemeterying" in South Jersey. I would always wonder who these people were and what happened to them. Will look forward to hearing what else you find out. There may be a really compelling story about why all of them died around the same time!

Only 3 of them, but I did discover who they all were. Try to get to that post soon! Now that my "day job" is on break for a few weeks, I seem to have even less time!