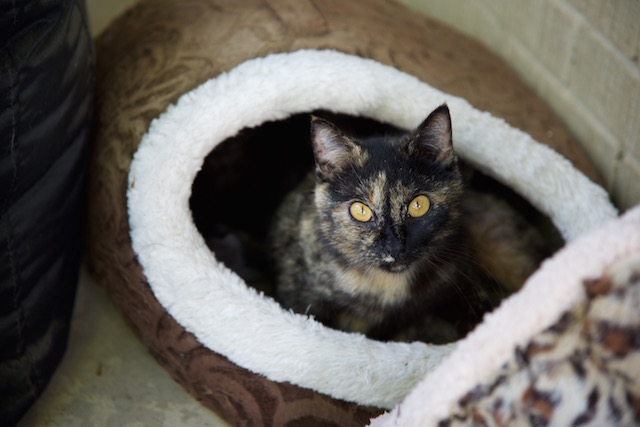 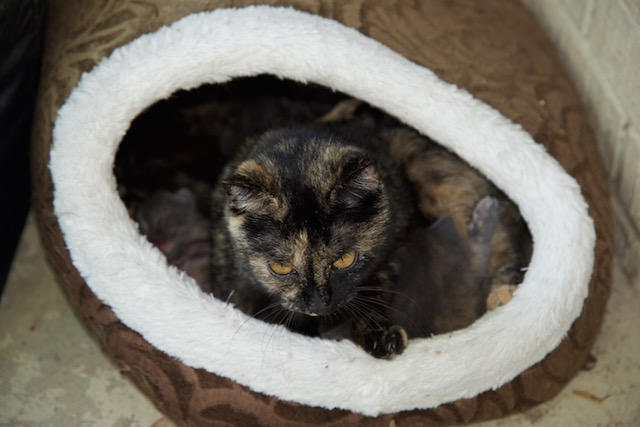 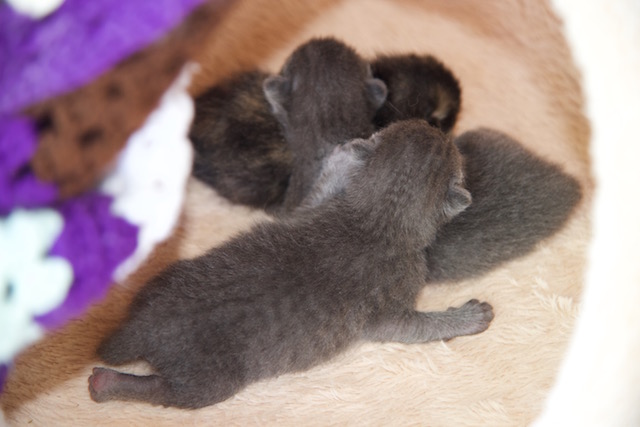 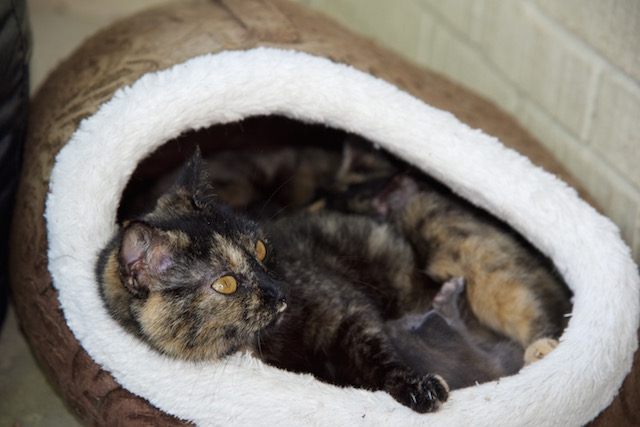 I find myself dwelling on it, thinking I should not interfere.  The cats seem perfectly capable of sorting it out and dealing with it.  Did Dilute wonder why they took her other kitten?  Did she wonder how Cousin Tortie ended up in her basket?  Did Baby Tortie realize her baby Tortie was in Dilute's basket?  So many questions, and yet, it seems to have stabilized for the moment and that human interference has not traumatized anyone.  They all three come up to jump up on the arm of the chair when I am on the porch, and two of them like to be scratched behind the ears, although Dilute will not tolerate touch.  I guess I will just see how it works itself out from this point, but one thing is clear--that one basket will not hold 2 adult cats and 4 kittens much longer.  Cousin Gray is already moving around enough that he was out of the basket yesterday, checking out the front porch.  The others will not be far behind.
Posted by Suzassippi at 10:47 AM

So sweet! It has to be fun to watch, it will be interesting as they grow larger!And, I'm smiling about a cat named Miss Jane Hathaway (I remember her)and guessing there's a story behind the name being bestowed on a cat!

Obviously, most of the cats don't have names beyond descriptors, but I described a plain Jane yellow tabby, when Miss Jane Hathaway popped into my head. Miss Jane was the sweetest and tamest of the kittens, and the one who had been so brave and adventuresome.