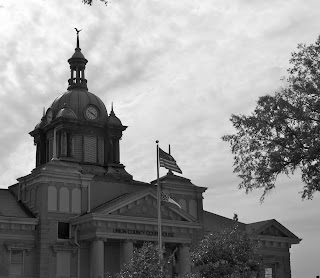 Union County Courthouse in New Albany was erected in 1909 by F. E. Dobson and Company.  The courthouse was designed by H. E. Ostling.  Because the stage was erected in front of the courthouse, not to mention the crowds of people wandering about, it was impossible to get a clean shot.  I contented myself with taking pictures of the dome--lots and lots of pictures of the dome. 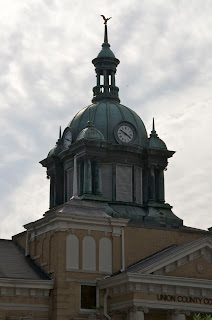 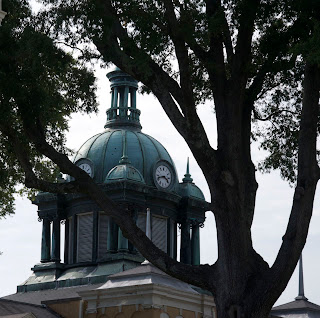 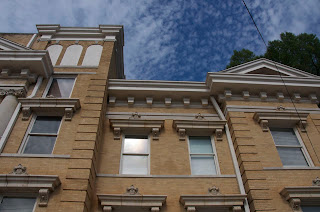 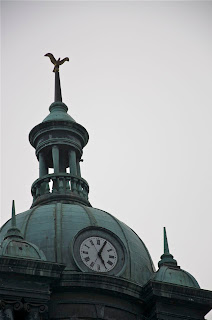 The courthouse, along with all of the downtown historic district, is listed on the National Register of Historic Places.  The city of New Albany was first organized in 1840 at the site of a grist mill and saw mill on the Tallahatchie River (History of New Albany, from the city website).  The town developed as a river port.  The Union army burned all but a few buildings during the Civil War.

In 1870, Union County was formed from parts of other counties, Lee, Tippah and Pontotoc, and New Albany established as the county seat.
Posted by Suzassippi at 9:07 AM