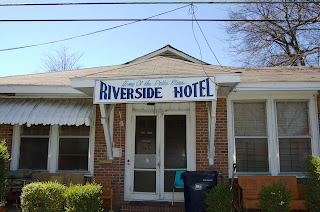 The news roundup at Mississippi Preservation recently had a link to an article about the Riverside Hotel.  What I did not know prior to reading the article was that the Riverside Hotel was the former black hospital where Bessie Smith died in 1937.  The G. T. Thomas Hospital served African Americans in the Delta, and the front part of the building (visible in the photo) was the hospital.

The hospital was converted into the hotel in 1944 by Z. L. Hill, the mother of the current owner "Rat" Ratliff, who has run it since his mother's death.  John Lee Hooker, Sam Cooke, Ike Turner, Sonny Boy Williamson II, Muddy Waters, Robert Nighthawk, and Howlin' Wolf were among the blues musicians who stayed at the Riverside.  It is now on the Mississippi Blues Trail. 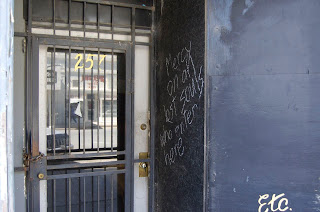 Up the street toward downtown. 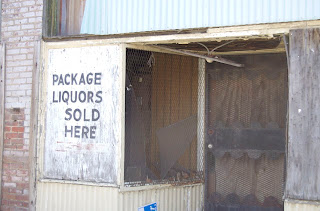 Posted by Suzassippi at 9:16 AM

Interesting! Recently saw photos of old movie houses and their conversion to stores, churches, etc. You can even see the marquee on some.