I headed over to the Delta this morning for the first day of the Poor Peoples Economic and Human Rights Campaign organizing meeting in Mississippi. It was a new adventure for me as I had not been to this part of the Delta before. As I drove through Charleston and approached the courthouse, I realized the significance. 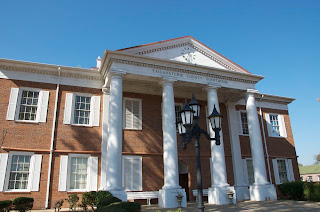 Tallahatchie County was the setting for the trial for the 2 white men accused of torturing 14 year old Emmet Till...and on these steps, they--who admitted they had killed him--were acquitted and set free. Till's crime? Besmirching white southern womanhood by speaking too familiarly to a store clerk. 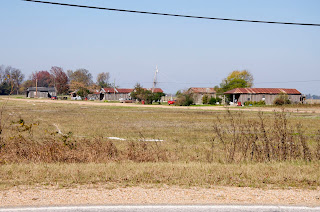 As I approached the town of Webb, the plantations were evident all along the two-lane. Here, a row of shotgun houses--holdovers from the sharecropper days--caught my attention. This is the sad state of housing in Mississippi in 2009 in the Delta, and the reason for the PPEHRC meeting. Their primary focus has been on housing, though they address other issues affecting poor people.
A few miles later and as I approached the turnoff to Glendora, it hit home even harder. "Emmet Till Museum." This tiny community of 285 people on the edges of the Tallahatchie River is where Emmet Till was brutally murdered. There is not much left there these days: a post office, houses, a public housing complex, the museum, a clinic, a bar, and the bed & breakfast which would be home to the organizers for the next 3 days. I located it easily.
The organizers arriving from New Jersey, Philadelphia, Minneapolis, California, Florida, and Mississippi were not yet there. As a result, I had the opportunity to spend 2 hours talking with a local person from this small community, about what he saw as the needs, how schools needed to be in the community, and how we might partner to change the dismal future of this area. He said one thing that struck me deeply: tourists come here, but they only take away; they don't give anything back.
Not long after, the first of the group arrived, and things turned to logistics. All the plans for the day had been scrapped due to late arrivals, and we were unable to take the community tour that was to kick off the meeting. Instead, I helped Rosemary chop vegetables for the evening meal, set up tables, put away food, cart in luggage. Finally, armed with a list of things the group needed for tomorrow (and a promise to bring some wine--they had no idea they would be in such a rural area where such luxuries as they were accustomed to from the big cities would be non-existent!) I headed back to Taylor and my errands.
I will be up early tomorrow as the tour is scheduled for 9 and it is an hour and a half over there. I look forward to the day, feeling a kinship with these folks, a hope for the work we will do here, and the belief that there are still folks who care. I can't ask for much more today.
Posted by Suzassippi at 10:04 PM