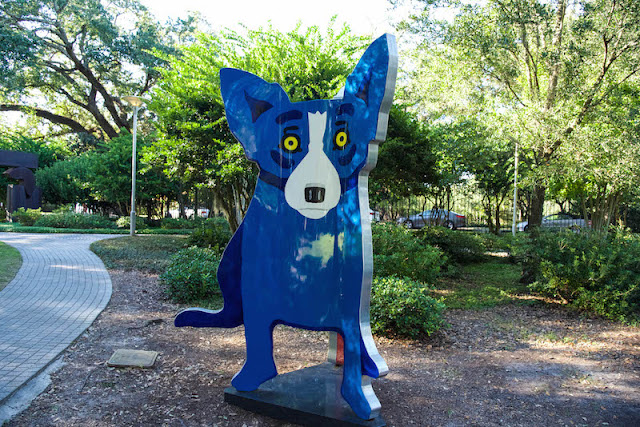 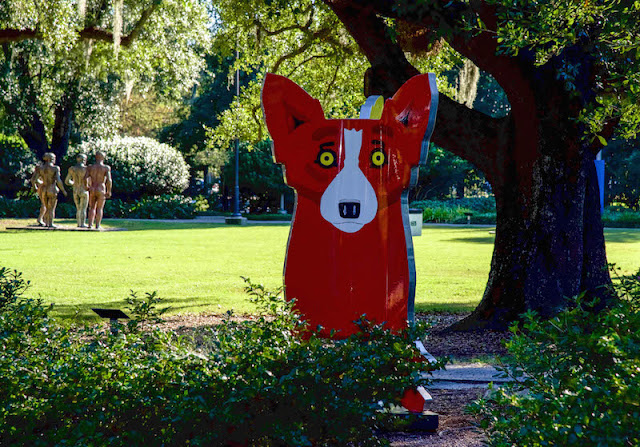 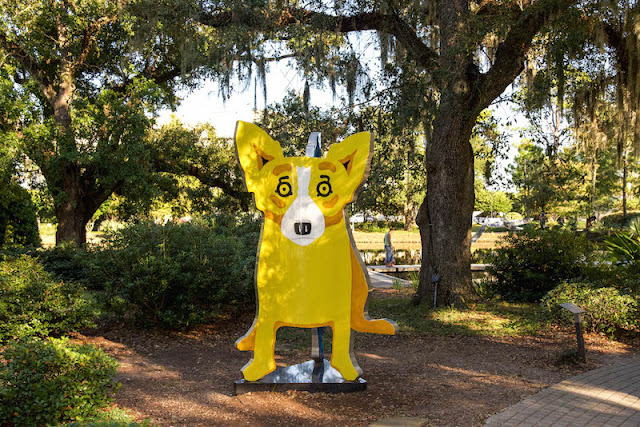 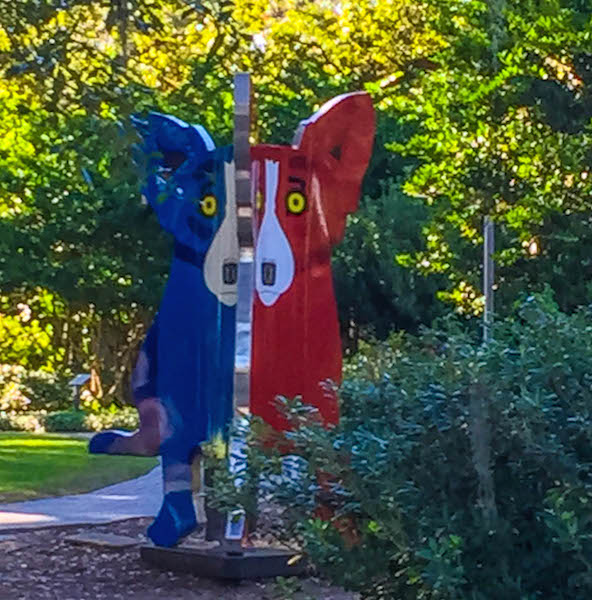 Somehow, the 3-sided sculpture he envisioned, but had not fully developed how to carry out until 2003, seems to best represent that evolution and 'metamorphosis' in the most parallel manner.  See more of Rodrigue's work at his studio site.
Posted by Suzassippi at 8:28 AM