On dogs and building fences 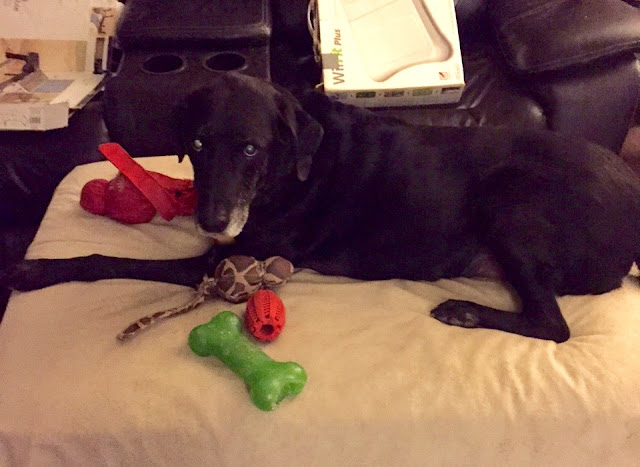 Kate has always wanted all the toys.  Nothing makes her happier than to be in the center of a pile of chew toys, unless it is being in the center of a pile of pillows on the bed.  She is always a little pouty when R is gone, but she has done pretty well this week.  She perked up last night when I told her only two more days and he would be home.  He has decided to return on Thursday because ice is predicted for the weekend.  Great, just what I need when I have spent a week preparing for the new fence building. 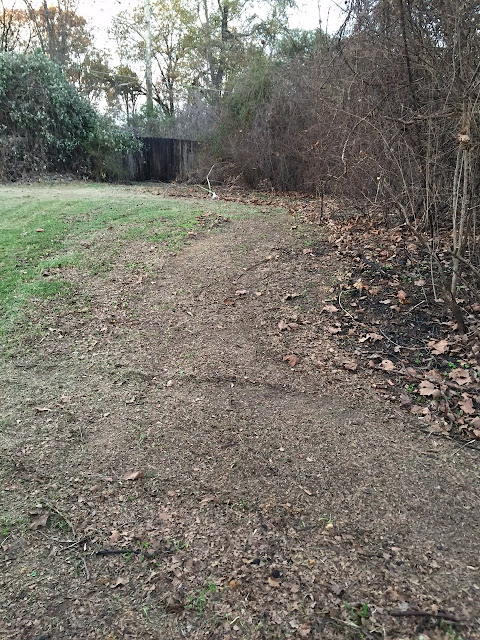 It has been pleasant here this week, so I took advantage of it and worked on getting fallen limbs and leaves out of the way of where the new fence has to be built.  Friday afternoon, all day Saturday and Sunday, and much of yesterday were involved in the giant task, but I am almost done with it. 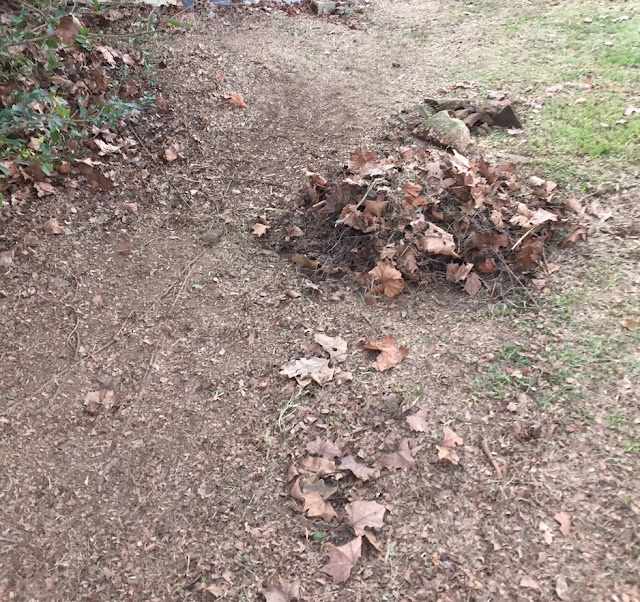 I knew there were pieces of concrete under a pile of leaves in one section, so I had to figure out which pile of leaves that would be.  They have only been there for 12 years.  R had piled them up so as not to run over them with the lawn mower.  Yes, I know most folks would have piled them in a wagon and hauled them somewhere out of the way, but R is a short-cut man when it comes to heavy lifting.  By the time I found them and got them out of the leaves, I was about heavy-lifted out myself.  Still, it was satisfying to complete so much of a gargantuan task.  This last little pile of leaves and smaller pile of rocks ain't nothin'!
Posted by Suzassippi at 8:27 AM