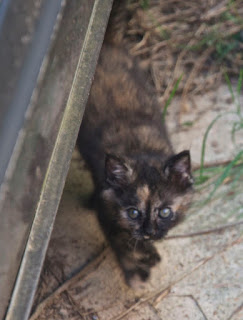 Callie ventured out this afternoon to say hello when I got home from work--no, it was not a fun first day back!  The meeting that was supposed to have been this morning finally occurred at 1:30 this afternoon, and by then, I was "on that last leg."  I will leave off the complaints, but let's just say that I have not yet "recovered" from the exertions of the day and leave it at that. 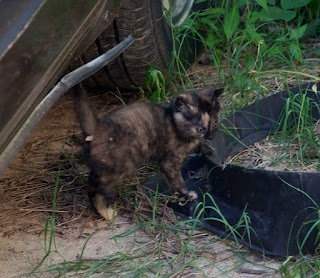 Callie came running out as soon as she heard me putting food in the bowls, but she just wanted to play. She is well camouflaged, isn't she? 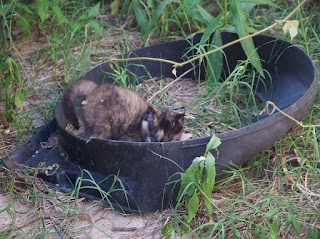 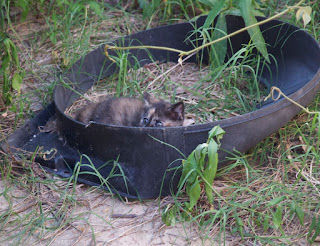 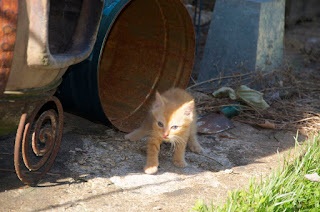 Sissy was adventurous again, this time checking out the can that holds my kindling for the chimenea. 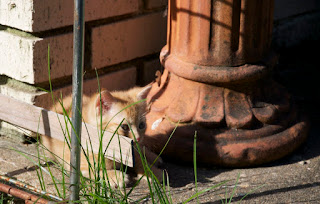 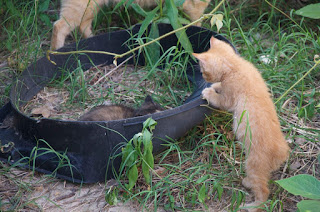 And now, for a little sibling playtime! 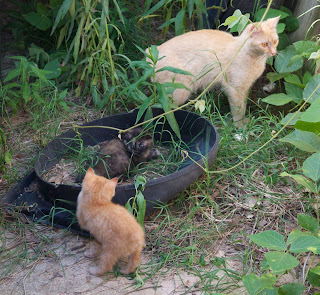 Mama Fanta and her babies--J named her Fanta as her eyes are orange. 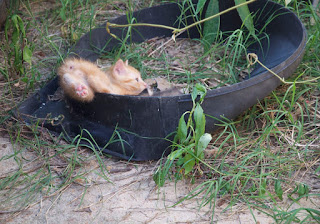 Oops!  Where did my feet go? 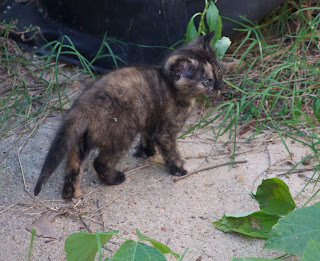 Remember the video by the Barrow, Alaska middle schoolers on the Inupiat culture?  While they did not win the grand international prize, they did place first in Nationals for the US, and won "Best Video" in the international competition, which included quite a few other nations.  The jury was complimentary of their video, saying:


A great capacity in connecting different kinds of material. The video is harmonious from a visual and narrative point of view, the passages are funny and empathic.

Cute kitties! And great news on the video!

I know, I was so excited for the Alaska students! They really did do a great job on it. This back to work gig is taking its toll!