Rio and I are cleaning out his barn 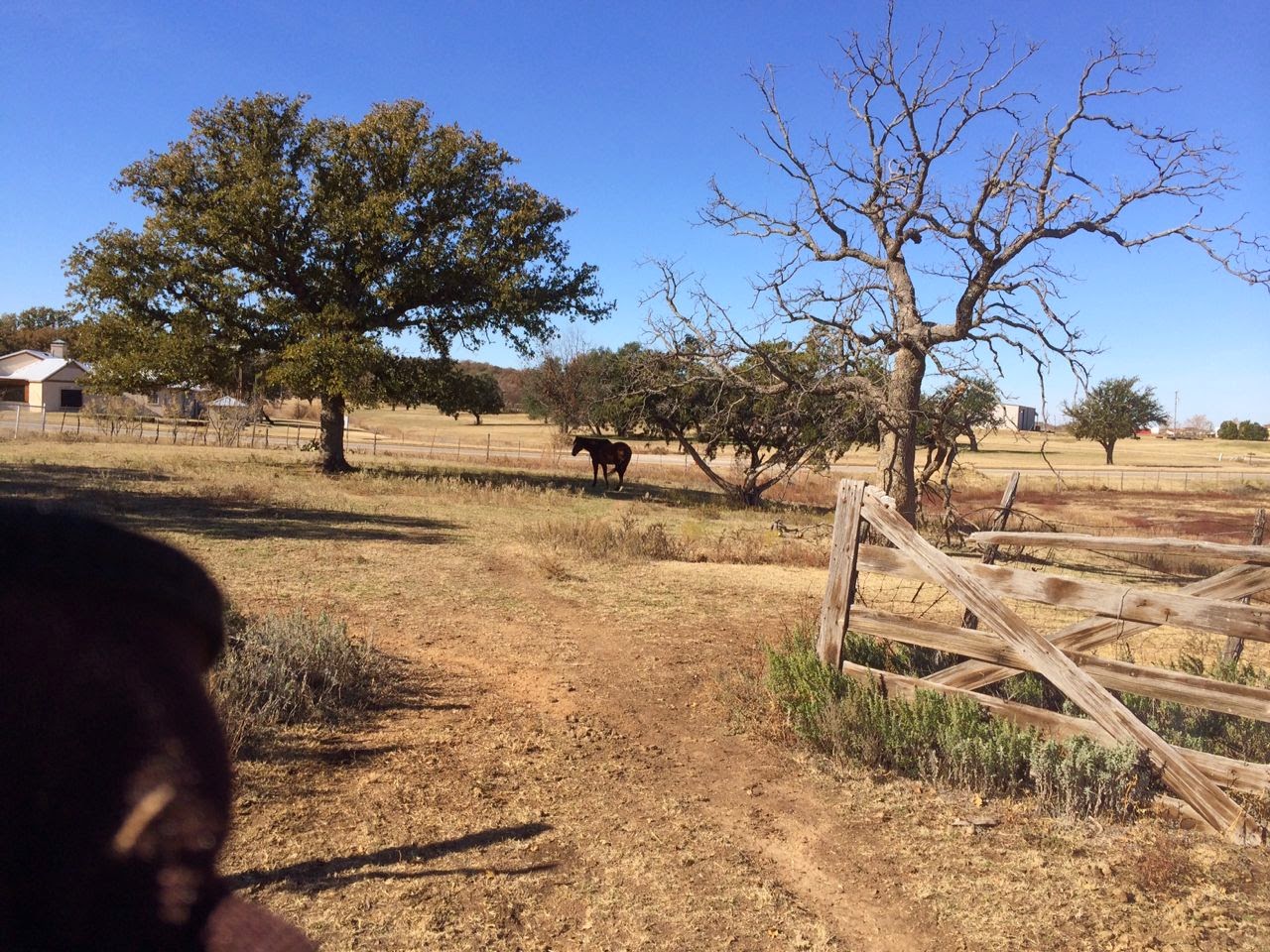 I was too busy to get to Rio's barn yesterday, so this morning, it was on my priority "to do" list.  Last night I mentioned I had to get up early today and Dad wanted to know why.  I said I was going to muck out Rio's hay barn.  Dad responded, "You don't have to do that.  He will just fill it up again."  I said I knew, but I liked doing it--"it makes me happy."  He smiled and said, "Then it doesn't take very much to make you happy if shoveling horse s*** will do it."  I had to smile then.

It's true most of the time: it doesn't take much to make me happy.  Oh, don't misunderstand--I can get my unders in a wad with the best of them, but generally, it is for a good reason.  It's one thing to complain about things that don't matter, but quite another to be angry over injustice--at least in my book. 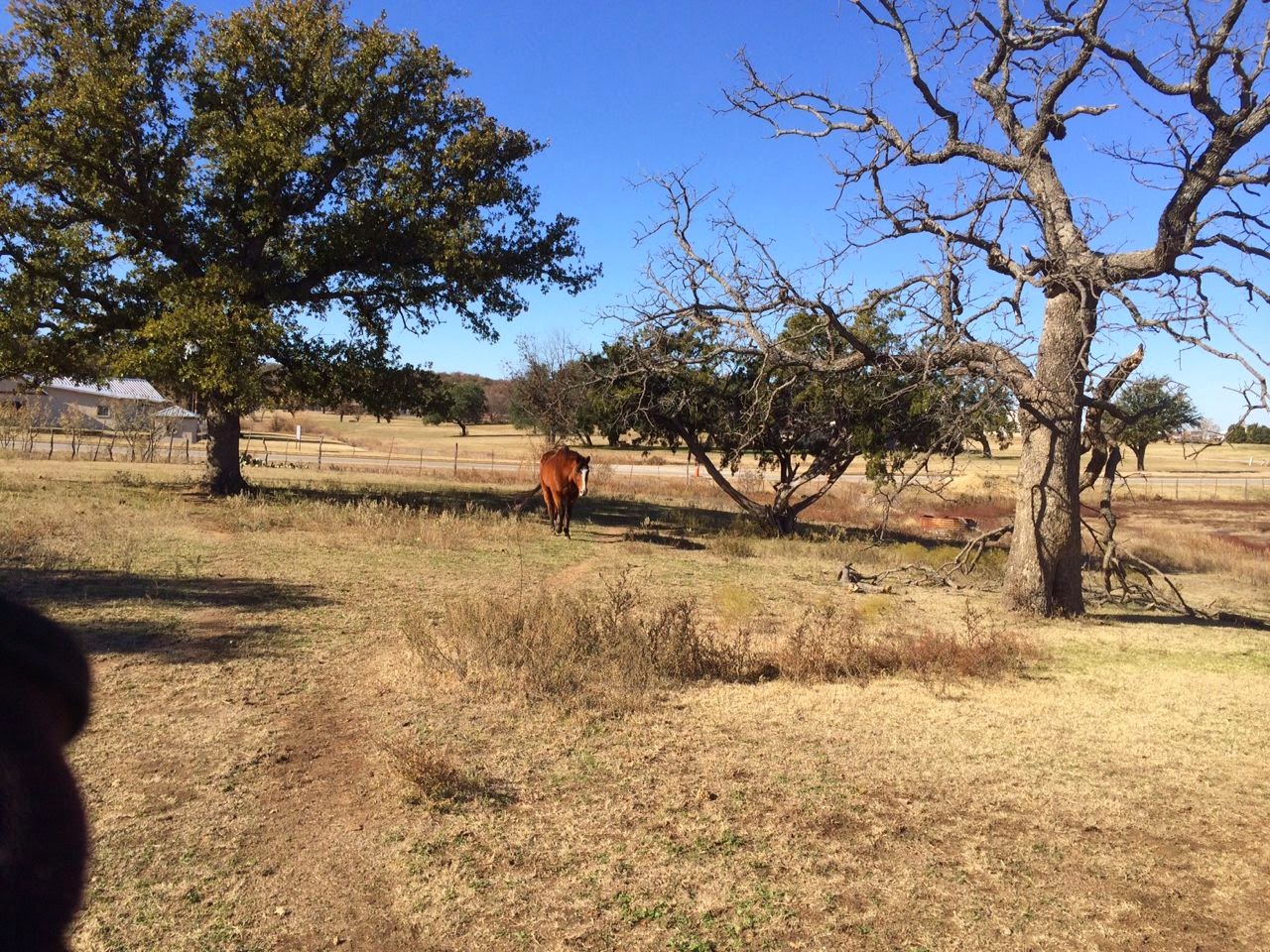 After I fed Rio this morning, and heard his welcoming nicker and his eyes were not looking so sad, I put on my working pants and headed out to the barn with my shovel and rake and a bucket.  Rio looked up from his spot under the trees and walked back toward the barn to check out what I was doing. 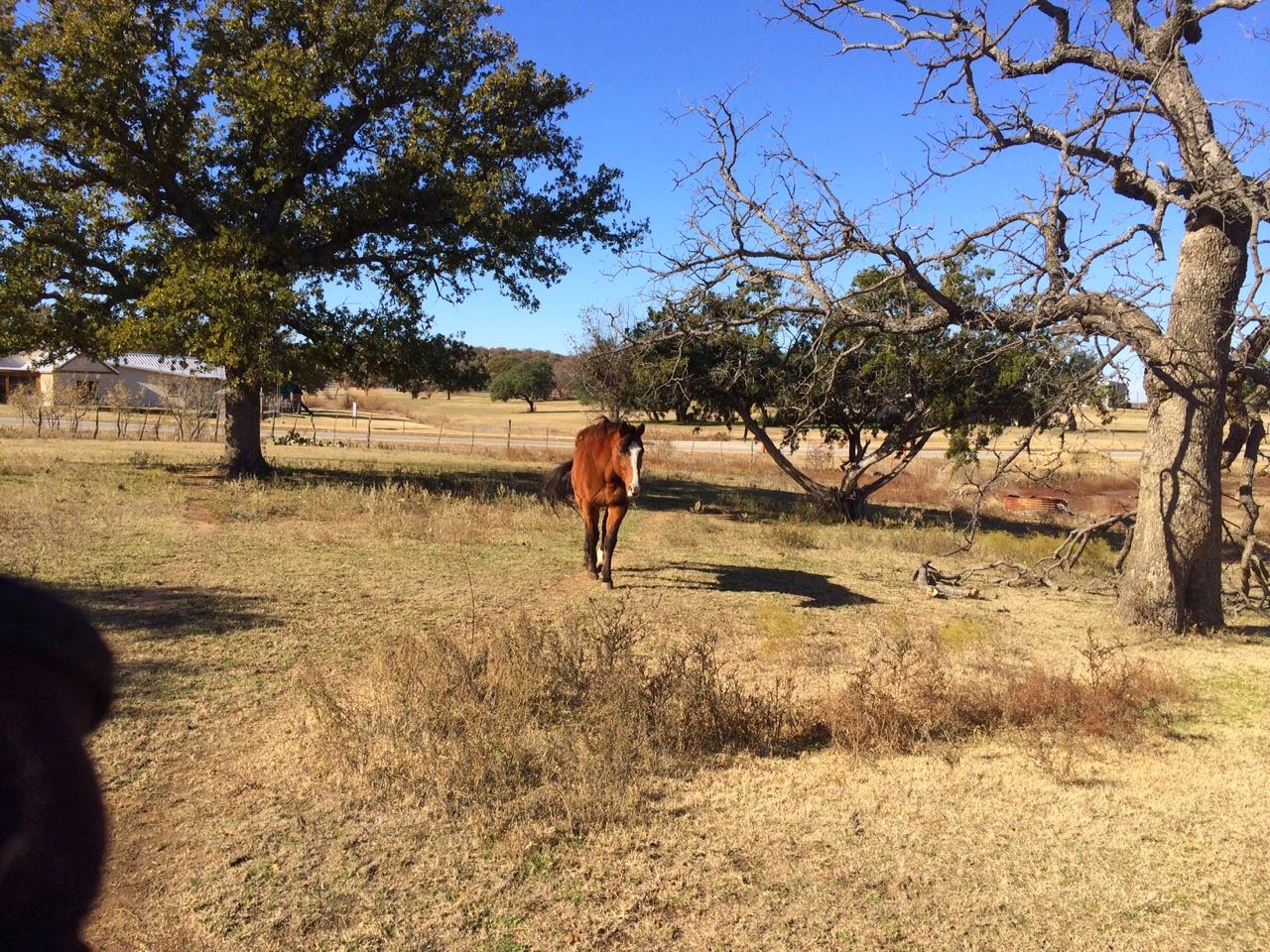 I walked out to meet him, having earlier placed treats in my pocket, and he nuzzled a carrot cube from my hand.  He stood beside me, looking at the spot where Jenny had laid down and died.  Yesterday, it was the perfect little imprint of her body, the outline of head, ears, tail, all clearly impressed in the soft ground and grass.  I had thought I wanted to make a picture of it--I'm not sure why. 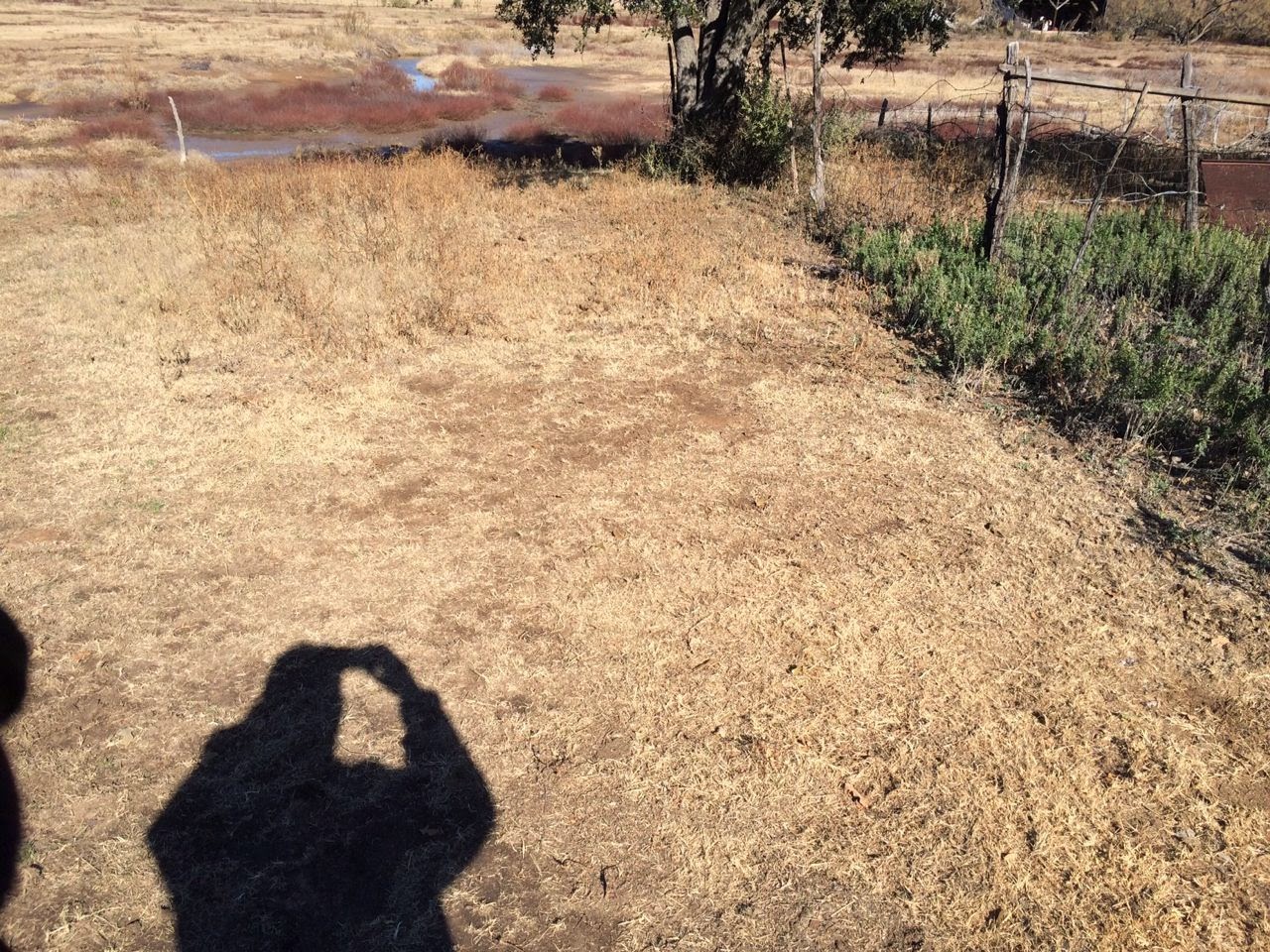 Today, it does not resemble little Jenny at all, just looks like any other spot in the pasture.  I thought how that is so much like life in many ways.  We try to cling to things that connect us to important people, events, things...and then sometimes, they disappear anyway.  I have been experiencing that a lot lately it seems, and it is a reminder of the importance of not getting attached to things that are fleeting.  I don't think that means not being attached in the sense of caring, but that we should not be so dependent upon maintaining the connection that we lose sight of connection in the grander scheme of things.

I was right about one thing, though, and that is Rio was less sad and bereft while I was out working in the corral and pasture today.  I ended up spending the entire day out there, and indeed, I was happy all day long.  Rand said, "Turns out horse poop is an antidepressant."  Rio stood behind me watching, and when I refilled his hay manger after finishing cleaning, he stood with his head in the hay storage barn, munching on a little bit that dropped off the pitchfork.  I asked him to move over and let me get back in with the pitchfork to put it away.  He looked at me for a minute, chewing thoughtfully...and then stepped aside.  I love that horse. 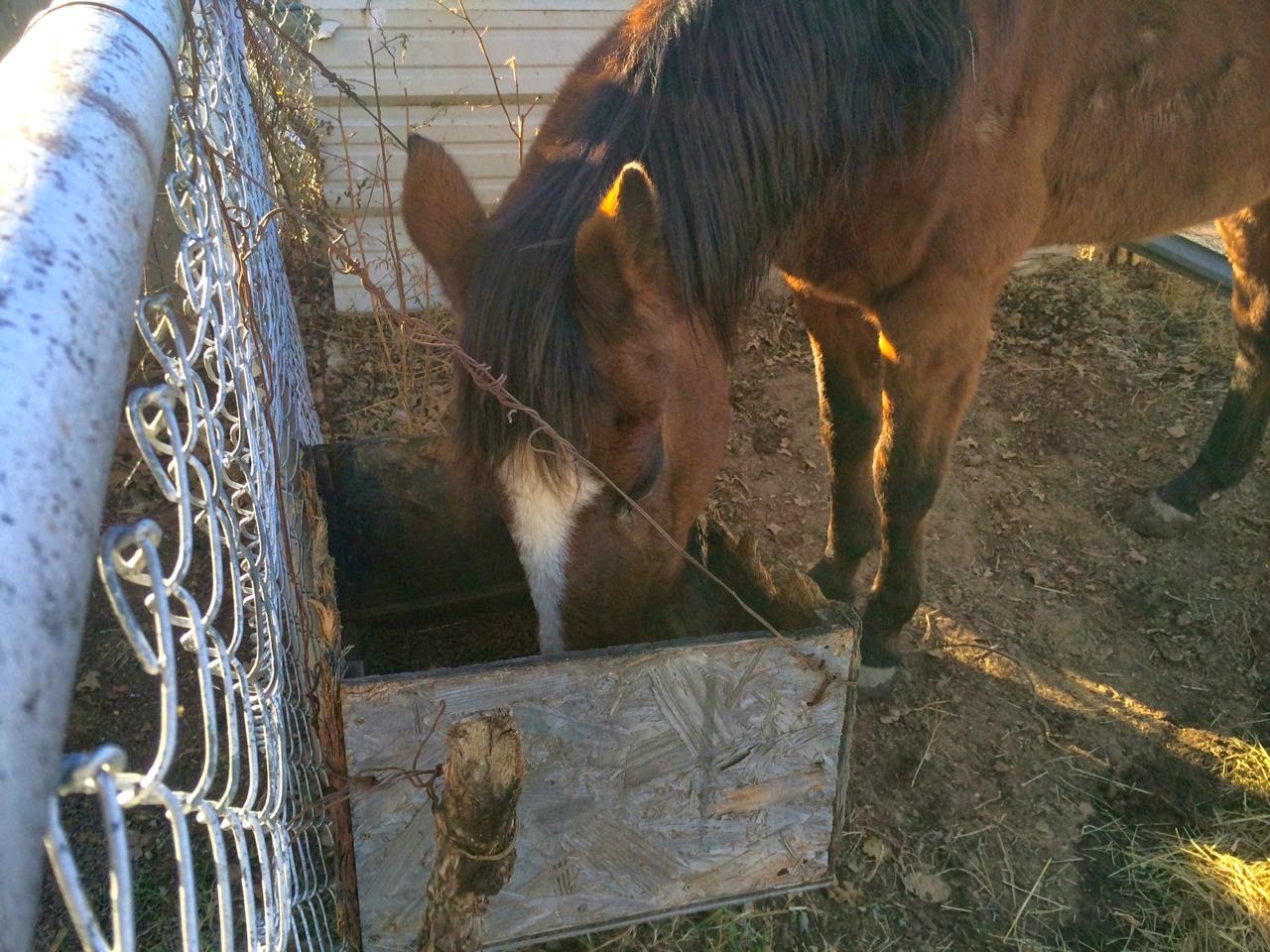 After I had done all that work on the barn, and clearing the trails I walk down to get to the hay barn, I figured I might as well clean out the water trough.  Turns out that little spigot on the bottom that was supposed to make it easy to empty...won't open.  I think there must be a little tool needed, something similar to an Allen wrench, and I will see if I can locate one.  I flipped it closed with a screwdriver when we filled it, but it would not open that way today, and Sis said she had not been able to get it open either, so she had done the same thing I was doing--using a plastic jug to empty it one gallon at a time.  Once it is down to a couple of inches, you can tip the trough and rinse it and drain the rest of the water before re-filling. 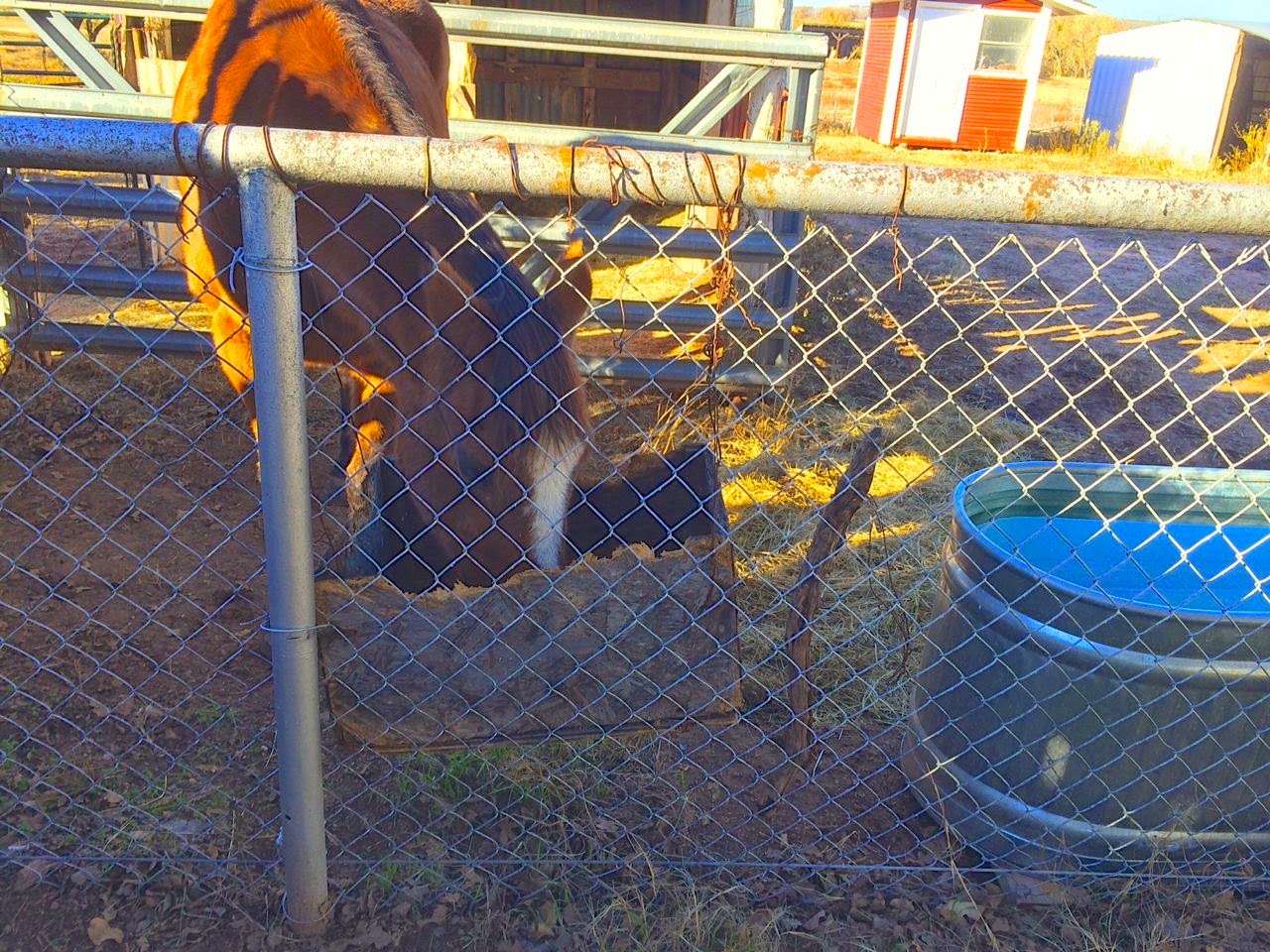 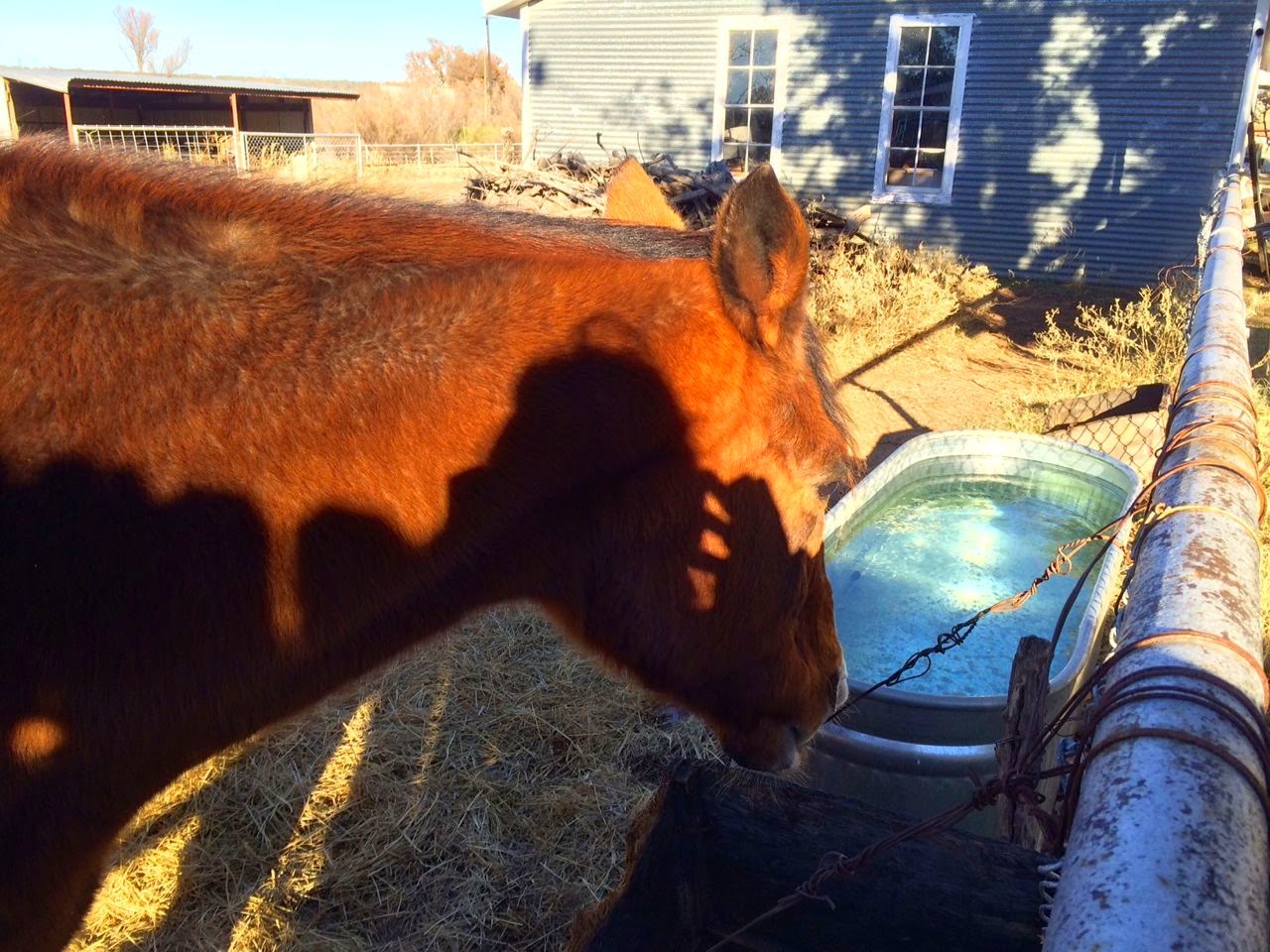 As always, Rio said thank you for the fresh water.  He came up just after I finished and when I was putting out a little of the hay I had cleaned up from the barn floor to help soak up the water and mud just in front of the trough.  He said he didn't care about no stinkin' mud hole, he just wanted a drink.

Another great lesson in the important priorities in life: clean drinking water, regular feeding, and stand next to me while I walk my path.
Posted by Suzassippi at 8:09 PM

Nothing makes me happier than good old simple work. But then again, I'm weird. And the look in a horse's eye when they see a big clean trough of water is unlike anything else.