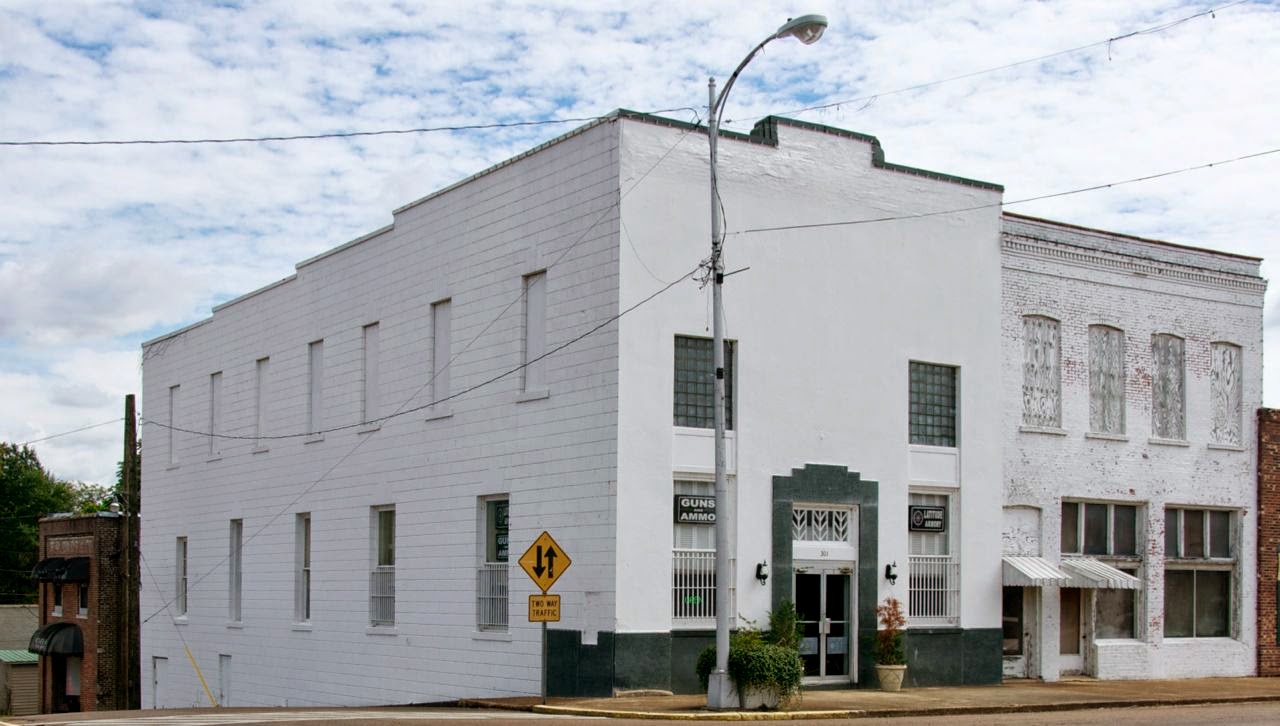 The c. 1880 building that occupies the corner of S. Jefferson and E. Pulaski retains its original rectangular two-story form, and the front of the brick building has been stuccoed (Barrow, 2001, NRHP nomination form).  Simple Art Deco details have been applied to the front, including the green marble stepped surround on the entrance door, glass block windows on the upper floor, and a floriated pattern on the metal grill above the doorway.

The c. 1880 building to the right was originally retail space on the first floor, with paired display windows under three-light transoms.  The second entrance leads to the upper floor which served as a lodge meeting space (Barrow).  Brick dentil molding is featured over the arched windows, which has now been enclosed.  The building does not appear to be in use, and needs some sprucing up!

Visible to the rear of the building is the former Carter's Funeral Home, c. 1930.  Much of that building has been altered, but it still retains the plain brick pilasters and recessed tablet above the second floor windows. 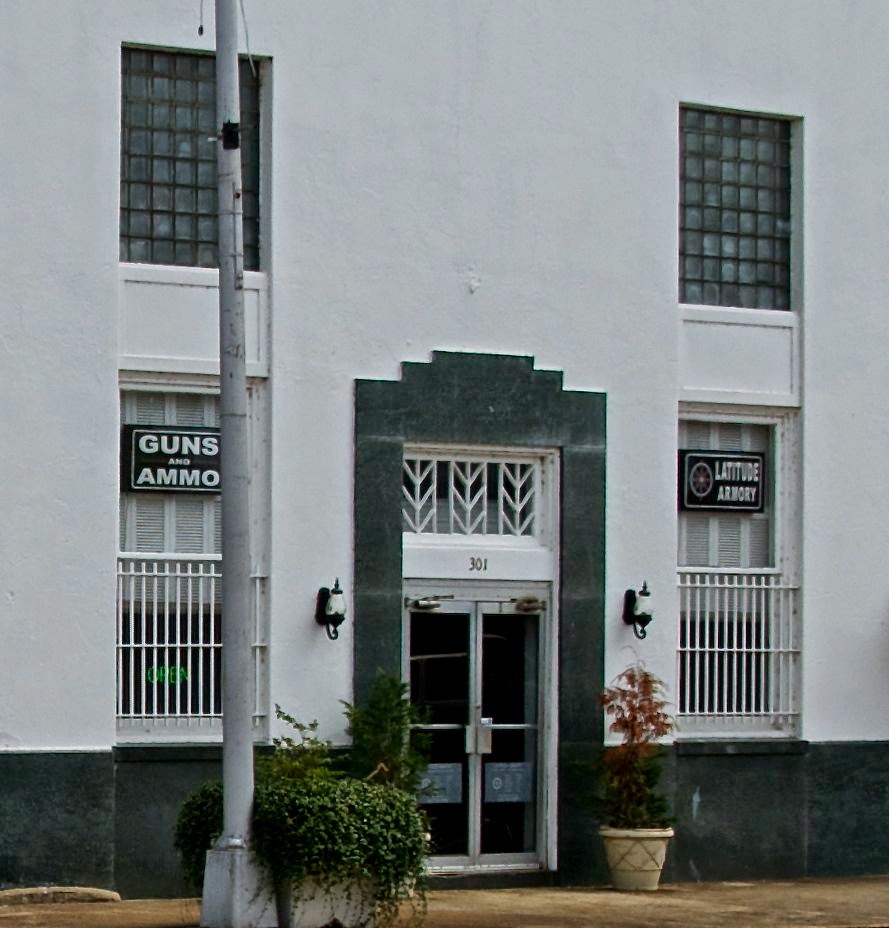 The prominent corner location and style of the building lead me to believe this was originally a bank.
Posted by Suzassippi at 10:04 AM

A friend in town says that this was the old Bank of Macon, now Bank First. My husband says that the vault may even still be inside.