Alex and I arrived at 8 AM last Tuesday and we showered and jumped in the van to the wharf and to meet our 11 AM booking for Robben Island.  We have not stopped since then! 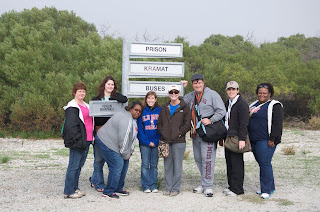 Robben Island was, of course, one of the prisons where the political prisoners (freedom fighters) were held during apartheid years.  Nelson Mandela spent a number of years there before he was moved to a different prison to serve the remainder of his life sentence. 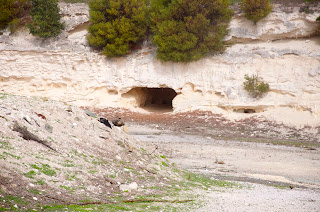 The island is several kilometers off the mainland, with cold, choppy waters surrounding it.  The limestone quarry was where the prisoners worked, chipping limestone.  This cave is where the men would go to have a brief respite from the sun, or to relieve themselves.  There is a story following about the relief routine. 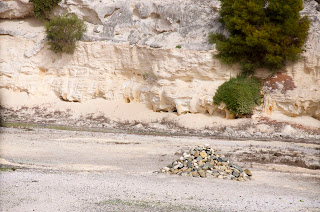 When Mr. Mandela returned to Robben Island a free man, he walked over and picked up a single rock, and wordlessly dropped it.  One by one, all the other men did the same, until this pile of rocks was formed.  It has remained to this day. 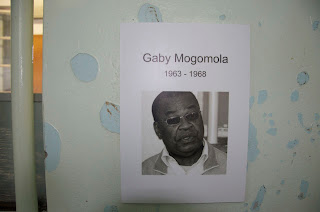 A new addition is the pictures and stories of the men who spent their adult lives here.  The students had a hard time grasping that they were imprisoned for working for liberty and equality.  Then one student said, "but when you think about it, we just killed them in our country." 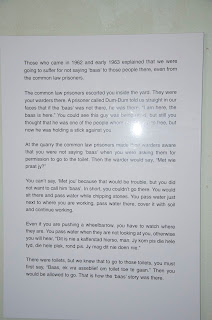 The story of the men relieving themselves. 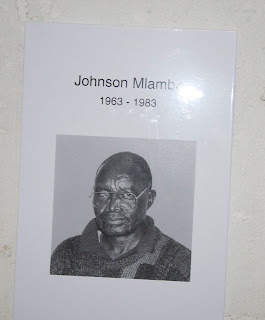 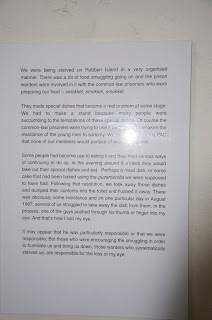 Johnson's story of losing his eye. 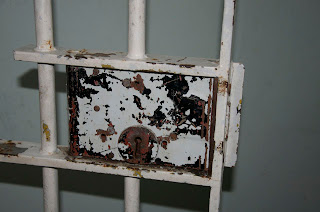 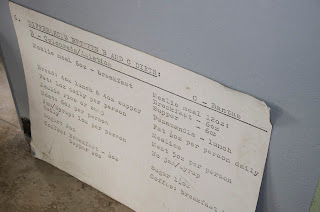 The menu:  African men were fed a different menu--far less food--than the other prisoners.  Eventually, the men went on a hunger strike until the rations were the same regardless of race. 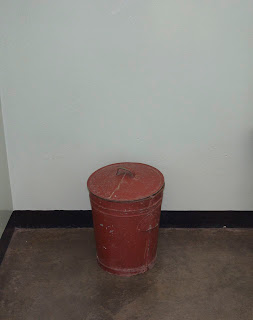 Each cell was furnished with the "toilet" and each morning, then men would carry their bucket out to the courtyard. 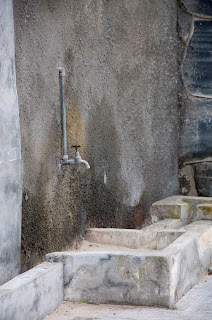 They emptied the bucket into this latrine and rinsed the bucket.  They had cold, salt-water showers.
Posted by Suzassippi at 5:52 AM

We just watched "Invictus," finally, the other night. It was very moving when the rugby team took a field trip out to Robben Island and came face to face with what Mandela had gone through.