Welcome to Dalhart, Texas: Somewhere I never imagined I would go 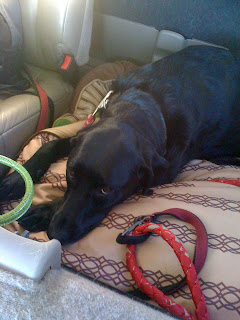 Kate said it has not been much of a fun vacation. Here is she is asking "are we there yet?" She woke up this morning with her face swollen and her left eye swollen shut. Another trip to the vet. A shot of steroid and benadryl, and then we packed to come home. As Tommy Lee Jones used to say, "I'm not having any fun here. You know how I get when I'm not having any fun." 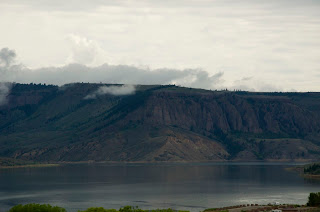 We stopped for a quick photo of Blue Mesa Point Lake, on the Gunnison river. Randy said he thought he needed at least a couple of photographs of Colorado before we left. 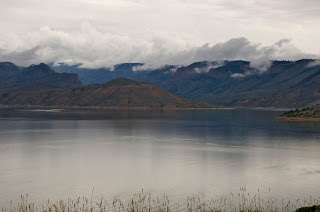 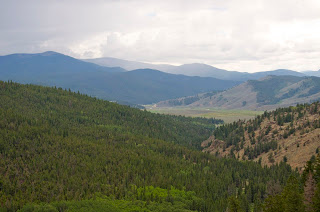 Looking back through the Gunnison National Forest. 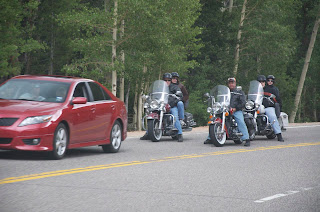 At one point, at the Great Divide, traffic was down to one lane. I have never seen as many motorcycles in one place as we saw in the short stretch of Colorado we were in for 2 days. 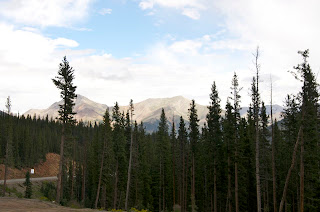 Looking out at the Great Divide from Monarch Crest. 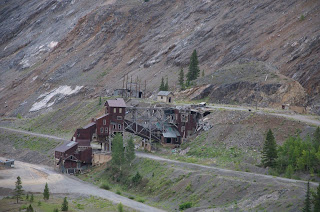 Mining: it's what's for dinner. 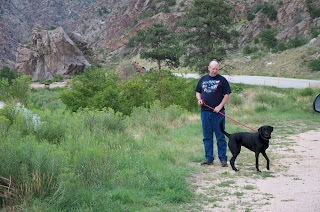 Kate needed a pit stop on the Arkansas River. 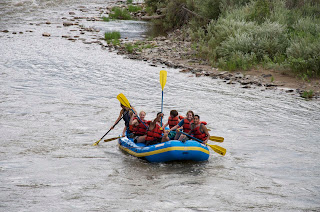 She was quite enthralled with the rafters coming down the river and stood intently watching them, wagging her tail. 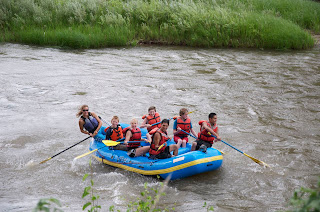 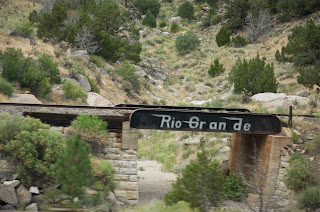 Once we hit Pueblo (we took the most direct route toward home) it was fast driving on the Interstate. Pueblo was actually quite beautiful, surrounded by mountains. Somehow, we had been given the impression that it was a flat, ugly desert town and we nixed it from our list of possibles 7 years ago before the great migration to Mississippi. Randy looked at me and said (I paraphrase) "you messed up, didn't you?" We would have been an easy day's drive from some of the most beautiful Colorado country that we love. 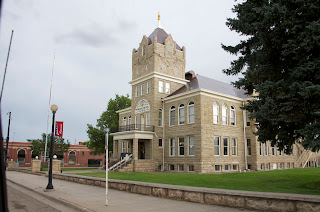 We made a pit stop in Walzenburg and I opted to drive through town rather than skirt it on the Interstate. I love the sound of the name of the courthouse: Huerfano County. 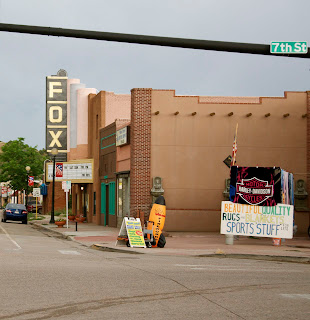 Also in Walzenburg, another Fox theater. It, like the rest of the historic buildings, will have to wait for me to find out about their history and post an addendum. 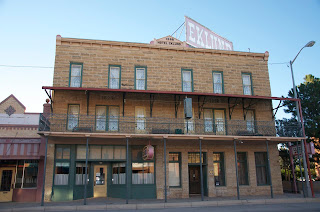 Last pit stop before our destination, we spotted the Hotel Ecklund. I imagine it has a fascinating history just waiting for me as well. I missed the turn for the street, and thought I was going down a one way street the block before. It turned out to be an alley, and as I laughed and said the sheriff would probably stop us (what with Mississippi tags and driving down an alley) and we would get arrested in Clayton, New Mexico, we pulled out of the alley...right onto the police station where the officer was standing by his car. 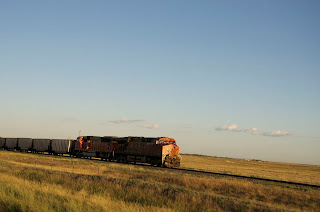 Across the border and into Texas at last, it was miles of typical Panhandle: fields of feed (sudan? maize?) and cattle feeders. I spent the last few miles driving into Dalhart (population 7 thousand and some few hundred) thinking about the great diversity of this country. It is not only the people who are diverse, but the land itself. I thought of how there is beauty in all things, if one is looking for it. I do confess, today was a trying time in my philosophy that it is the trail that matters. Today, I do confess, I only wanted the destination. The trip had been a disappointment in many ways, though, there were also wonderful moments and unexpected delights, along with the stress and the trauma. 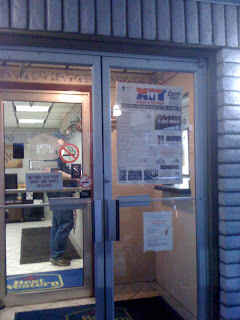 Randy had made us a reservation after we left Montrose, and we settled on Dalhart as it was a bit closer than our original plan to make it to Amarillo tonight. As we pulled into the Best Western Nursanickel, I cracked up--sometimes, you just have to try to see the humor in a situation. As Randy checked in, I noted that if we wanted to hang out in Dalhart, I could celebrate my 60th birthday Friday by going to the XIT rodeo and reunion. Surely everyone knows about the famous XIT ranch in the panhandle?
The good old working boys upstairs were sitting outside their door, drinking beer and winding down. Thankfully, the boss man came out shortly and told them to hit the sack, so it has quieted down enough for sleeping. Kate and Randy are already sacked out, and I am headed that way.
Tomorrow is a 14 hour drive back to Mississippi. Just for one day of this trip, I would be pleased if nothing unusual happened.
Posted by Suzassippi at 10:17 PM