A pit stop in Van Buren, Arkansas led us to the unexpected Victorian Main Street in this town on the Arkansas River. 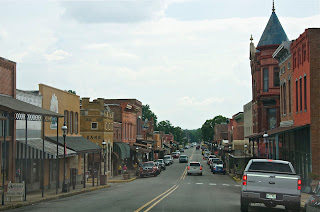 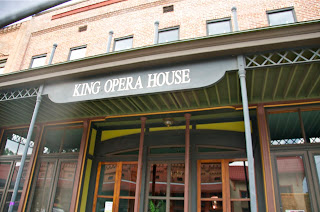 The King Opera House was built in the late 1800s, renovated and reopened in 1979. It is allegedly haunted by the ghost of a young actor from the 1900s. The legend is he was running away with the doctor's daughter, but the doctor found them at the train station and killed him. The ghost appears in Victorian dress and top hat and has been reported by several directors of shows in the opera house, though that has not been verified, of course. 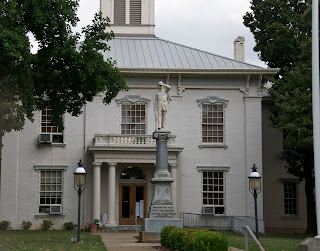 The Crawford County Courthouse, originally built in 1842 in Italianate style, was destroyed by arsonists in 1877. It was rebuilt from the remaining brick walls and a clock tower added. 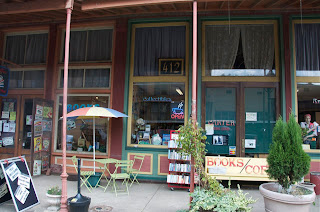 The "perfectly preserved Victorian Main Street" (according to the Van Buren website) houses many shops, such as this book store. 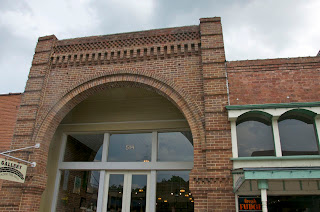 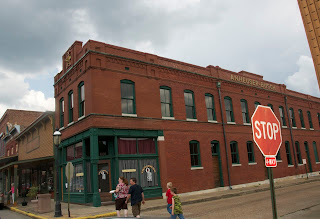 The Anheuser Busch Ice House, built in 1892, is on the National Historic Register, and is one of the last ice houses still standing. The front entry has Anheuser Busch tiles, original doors, transoms and woodwork, and an 1843 bar. 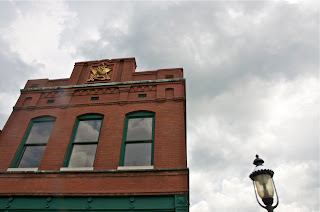 The A and Eagle emblem is reported to be the last known emblem. 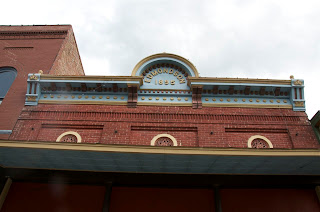 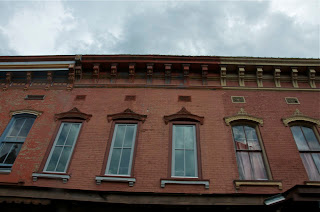 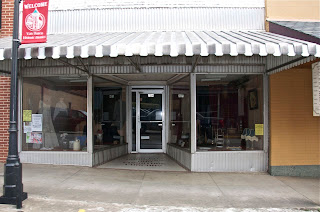 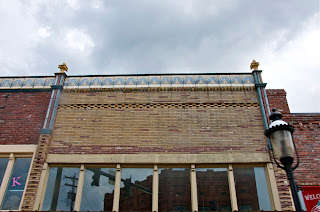 Back on the road again, we crossed into Oklahoma and a series of entering one Native American nation, leaving it to enter yet another one. We checked into our Oklahoma City hotel, which Kate is just not at all certain about. While she has traveled with us often, this is her first experience with hotels, and I am pretty sure she doesn't much like it!
Posted by Suzassippi at 9:46 PM

Downtown Van Buren has two book stores. Who would have guessed?!