Statues and Cemeteries: The Past is the Future

A slave bell on a former plantation in South Africa: the bell was rung to call the slaves to work. 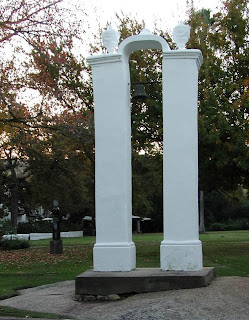 In 1963, James Meredith had to be escorted to class on the University of Mississippi campus by the National Guard.  In 2002, the University celebrated "Open Doors"--a year long celebration and recognition of the changes on the campus since that time.
A fitting monument to those changes was envisioned by the university.  A selection was made.  Long before the first steps toward completion of that monument actually saw physical form, more changes were made.  The proposed monument was two doors of glass, to be situated between the Lyceum (where the National Guard were posted, bullets flew, and the sordid stand off ended finally) and the Library--the symbol of knowledge and access to learning.
Questions began to arise, and though it is not the intent of this post to discuss all of those, I will say that I had an unsettling moment when the first design was announced due to its uncanny resemblance to the picture at the top of the page.  The originally proposed monument was to be pillars resembling those in the picture of the slave bell, with glass doors between the pillars and a bell at the top.  For many reasons, that plan was scrapped and the monument that now stands on the campus was unveiled a couple of years ago--in the blazing hot sun of a Mississippi spring.
Every time I walked across campus, I intended (someday) to spend some time there, trying to imagine 1963.  Today, I took the time to do so.  My first thought as I stood behind the statue of James Meredith was wondering what he was thinking as he walked through those doors for the first time, surrounded by National Guardsmen, and a crowd of jeering, booing, rock-throwing students and others. 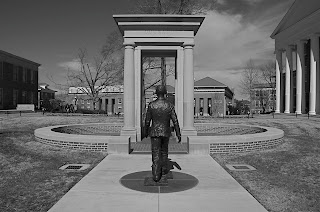 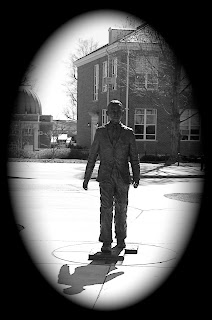 Today, I found the answer.  Just inside the symbolic walls of the monument, are his words. 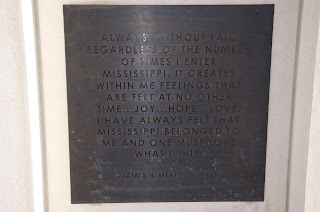 As I walked through and turned back toward his statue, I watched students come and go, passing by me, by the statue and without a glance at it or me.  I wondered what they were thinking as well.  Perhaps it is significant that I finally made the time to go over there today.  We were talking in a meeting just before about how many people literally know nothing of the history of black people.  There is opportunity right in front of us, and sometimes we just do not take the time to walk through the door--to learn something we did not know before. 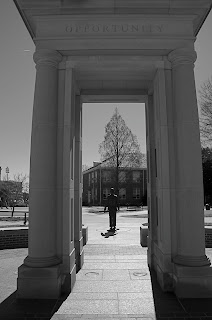 Every day on my way home, I drive by this little cemetery on the hill.  The first few times, I just noticed there were stairs leading up the hill, but nothing was at the top.  One day, I noted that there was a cemetery up there, and vowed I would some day stop and look at it.
I even made up in my head that it was a black cemetery--possibly because much of this neighborhood is black, but I don't really recollect why I decided such a thing.  I was surprised to find the sign that indicated it was no such thing. 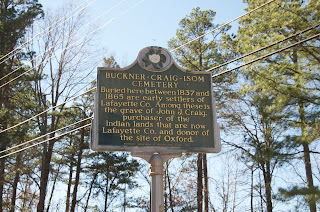 I have always been fascinated by cemeteries and head stones since I was a small girl and my grandmother took me to the cemetery with her as she took care of family gravesites. 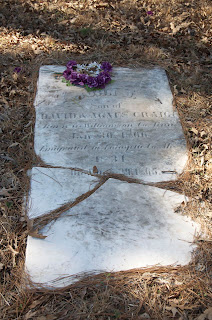 Many is the time I stopped at some country grave yard and looked at head stones, noting what items are placed on graves as a remembrance.  One of the most striking ones to me was at the Perini cemetery near Buffalo Gap, Texas.  A small child's grave held toys that had been there for many many years.  Each time I would see it, I would always wonder about the mother and father who lost the child who played with those toys. 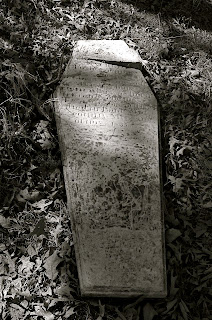 So many times, the headstone read only infant, with date of birth and death the same date. 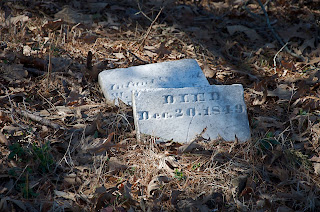 Today I noted the first jonquils to bloom in the neighborhood are in this cemetery.  Who sits on this bench and remembers the people buried here?  The disarray of the grave site suggests possible no one any more.  But just for a short while, a visitor walked among them wondering about their lives and how they came to be buried on this hill. 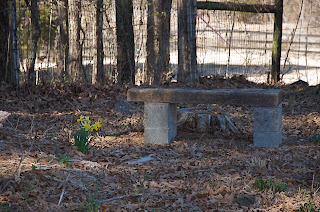 Posted by Suzassippi at 2:35 PM

Springsteen on your blog, huh?! Love it, love it!

I've always been fascinated by cemeteries, too, especially old ones. I can remember my Grandpop taking us to visit some from the 1600's in New Jersey and they always seemed so scary but interesting at the same time. I remember seeing the headstones to the graves of little babies who'd only lived a day or two and I thought it was so sad. I would wonder about the lives of the people who were buried there.

Thinking about James Meredith reminded me of the project we did in Abilene with the oral histories of the elder African Americans. To think that those stories were within our lifetime--of people having to step off the sidewalk if a white person was coming the other way, or not being able to get in an elevator to go upstairs and pay the electric bill unless all the whites were off. That could take all day!