Shortly before J and I left for Texas, I had a little bit of a meltdown during cooking.  Our old vent hood was a combination microwave/vent hood, and it had worked neither as microwave or vent hood for a couple of years.  I don't think I have to tell you what searing a steak in a cast iron skillet without a vent hood does.  A tiff ensued regarding the smoke produced by said searing.  I turned off the burner and moved the skillet, and said fine, I was done cooking--"not my fault there is no vent hood!"  The stand-off lasted for 2 weeks, and then I left for Texas. Well, another two weeks later, Welcome Home! 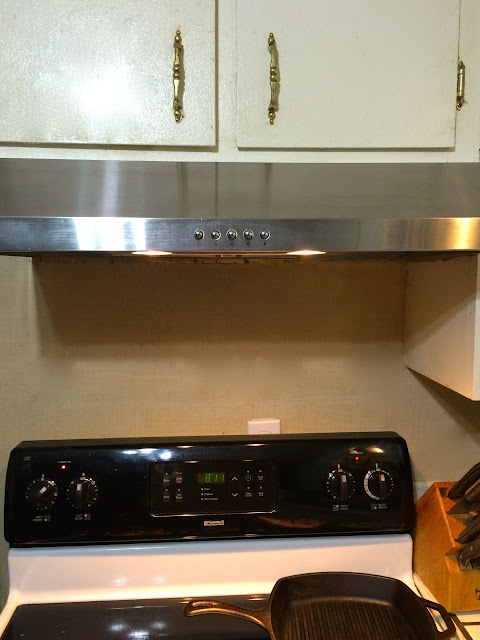 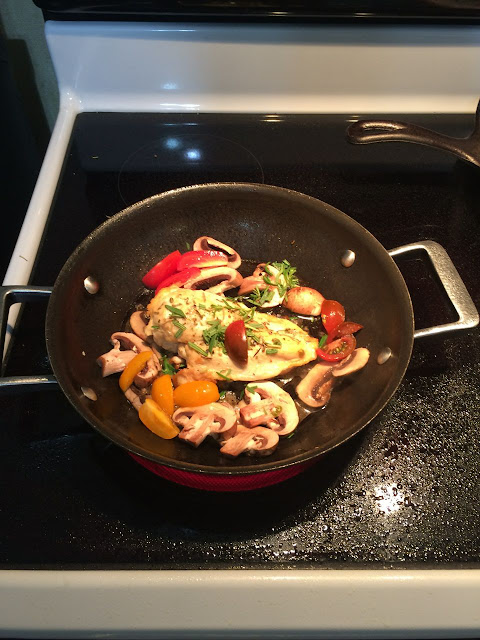 It was wonderful to sear meat, with the ability to suck out the necessary resulting smoke and heat.  (A good sear means a very hot skillet, and reduce the heat once both sides have been quickly seared.)  Not only the vent, but the accompanying light was very welcomed--the better to see the oil spatters on the stove top!  That is my fresh rosemary sprinkled across the top--yes, another of those "no skill required" to grow in a pot, but pretty, smells wonderful, and delightful on chicken with tomatoes and mushrooms.

Nary a meltdown or ensuing argument since the return home.  Sometimes, a strike is a good thing.
Posted by Suzassippi at 8:25 AM

A vent hood, a rosemary plant, and determination to stand your ground on an issue are really all you ever need. Well, a nice bottle of wine needs to go on the list, too. The chicken looks delicious!

Well said! Yes, the Rodney Strong Chalk Hill Chardonnay was my pour for the chicken.

A good stiff whiskey sour also does a lot of good in that situation as well. Heavy on the ice.

I think if I just smelled whiskey I would swoon. LOL However, I have been wondering of late what a mint julep tastes like...since I have mint growing as well as rosemary and basil.