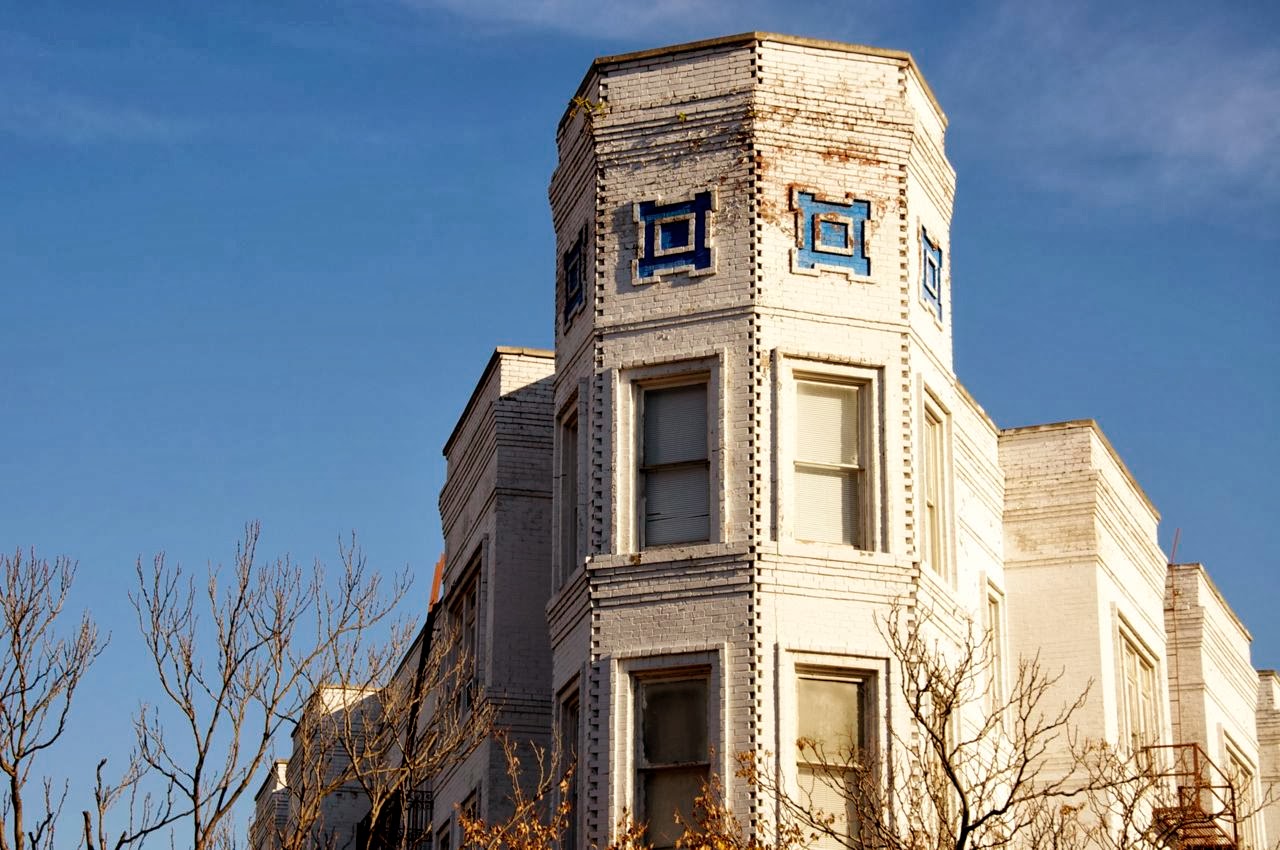 When I started this post a week ago, I had a whole thematic thing going in my head.  I've slept since then.  I also spent hours (literally) combing through old posts trying to locate the name of the brick design on the corner of this building since I could not remember it, and google searches was not turning it up.

Cyril M. Harris in the Dictionary of Architecture and Construction  described the pigeonhole corner:


…an acute angle formed in a brick wall, using square-ended bricks that have not been shaped."

As you can read from the MissPres post, there are differing points of view (not the theme I had in mind originally, which was in a philosophical vein, but sometimes, once the moment of inspiration has passed, you just need to let it go and move on) about the utility of the pigeonhole corner.  Criticisms included:


While the first two clearly are possible, the second two are not necessarily so.  According to Rosell in MissPres Word of the Week: Pigeonhole Corner, there are "high end" buildings with pigeonhole corners, and property executed, the brickwork can add interesting detail to a building without compromising structural soundness.

I feel the same way these days. I spend more time thinking about what to write on then actually writing.

Stumbled across another beautiful, pigeonhole cornered building in Columbus at MUW.

I guess ones viewpoint is all about current perspective and past experience.