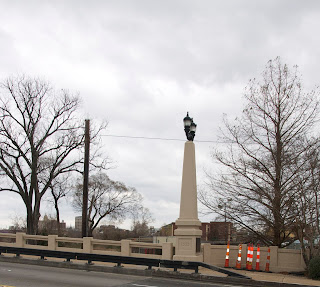 The Louisville Avenue Bridge over the Ouachita River in Monroe, Louisiana was constructed in 1936 (Stewart P. Hingle, Louisiana Department of Transportation & Development, Bridge Design Section).  In the photograph above, the skyline of downtown Monroe is visible, and the top of the DeSiard Street swing bridge. 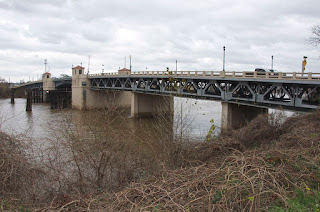 The bridge was renamed the Lea Joyner Bridge in honor of Pastor Joyner, the only ordained Methodist woman in mid-twentieth century Louisiana (Ellen Blue. "Lea Joyner." In KnowLA: Encyclopedia of Louisiana. Louisiana Endowment for the Humanities, 20 February 2013).  Joyner founded a mission in 1952, serving the very poor residents who lived between the levee and the banks of the Ouachita River.  She was murdered in 1985 by a young man whom she had tried to help. 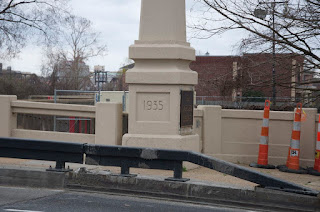 The bridge was renamed in her honor due to her years of ministry on the banks of the river.  There are pedestrian sidewalks on both sides of the bridge. 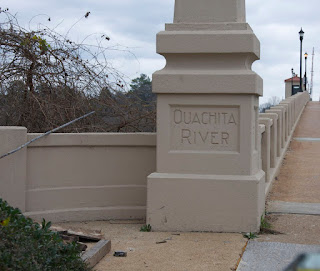 Originally a timber deck with asphalt planks (Hingle), the deck was replaced in 1950 with a grid deck. 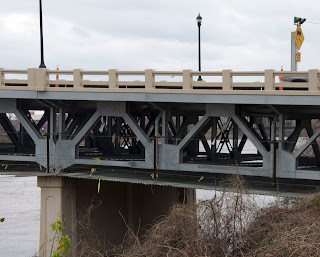 The double leaf bascule span bridge is opened an average of six times a week to allow river traffic to pass. 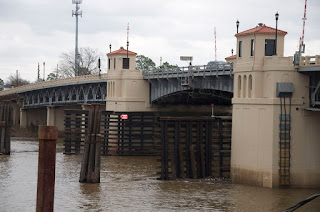