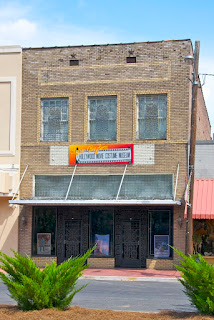 The Luster Bayless Hollywood Movie Costume Museum is housed in an 1898 former dry-goods building in Ruleville, Mississippi (Hollywood flair visits impoverished Mississippi Delta, CBSNews, 2009).  Bayless, a costume designer in Hollywood, was born in Ruleville in 1937.  He was the personal costumer and wardrobe person to John Wayne (Judge Thomas Givens, usadeepsouth.com) and his film credits include a number of TV movies and other movies in addition to the Wayne films. 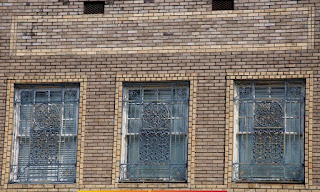 Bayless returned to Ruleville at retirement and opened T.H.E. Ole Place Cafe and museum, modeling the interior of the former store to resemble an old West saloon (Hollywood flair..., 2009).  He also purchased the Victorian mansion known as the old Wiley Place and restored it for use as a bed and breakfast (Givens).

Based on this circa 1950s photograph (I am basing that on the style of the vehicles parked on the street),  the museum building has not been altered from that period, though it may have been changed after its 1898 construction.  Other buildings on the street are no longer in existence, or have been altered in some manner.  Two buildings are visible to the left in the 50s photo that are not extant now.  The photo is blurred, so I cannot make out the name of the building on the corner.  It is followed by a building called Baker's, and then the bank that still exists and the museum/former dry-goods store.  The Masonic Lodge building has clearly had a "facelift" since the early photo, as the facade has no windows. 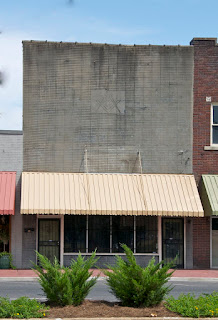 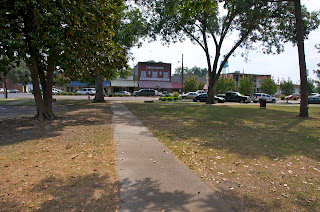 Ruleville, just another quiet little town in the Delta, with shops around a central square, and the railroad running through the middle--but this one is home to Luster Bayless.
Posted by Suzassippi at 10:29 AM