Tupelo to Natchez, but not on the Trace

Last Tuesday I was in Tupelo again, working on the research project.  I stopped by Elvis' on my way home--he left the door open for me this week.  I read on someone's blog not long ago that Elvis slept with his mother until he was 9.  I wondered if people knew, first of all, that he lived alone with his mother most of his years as his father was in prison first, and then traveling in his work, and secondly, that he lived in a 2 room house during that time.  It was not unusual for family members to sleep together--it would have been cold, with only a kitchen and a "living" room, there would have been little space for another bed, even if there had been money for another bed. 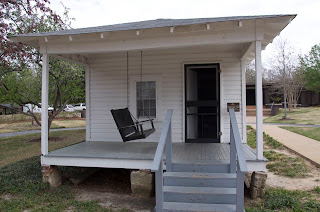 The Presley family left Tupelo in a 1939 Plymouth.  It brought back memories of our family's Plymouth, which also looked like this one, though ours was blue.  We first had a pick-up truck, and my sister would sit between my folks, my mother held my baby brother, and I stood up in the "floor board" in front of my sister.  When we finally got a car with a back seat, I would still stand and lean on the seat next to my father's shoulders.  He would tell me to sit down, but by then, it was such a habit and norm to stand that it was hard to retrain myself. 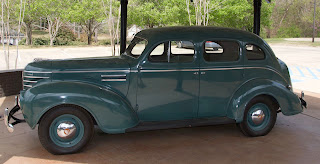 Back at home on my Taylor hillside, I sat outside and watched birds for a bit to de-stress before finalizing for the trip to Natchez on Wednesday.  The last of the jonquils was braving the breeze, the blue jay and red-bellied woodpecker were fighting over the sunflower seeds, and the hawks were circling overhead, watching for dinner. 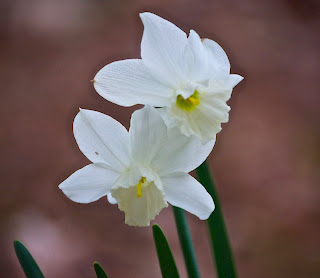 Wednesday was beautiful and Jill and I loaded and headed South to Natchez for the annual NASW conference.  I had worked on a directed study with a student so that she could do a poster presentation for the conference.  I was very impressed with the results of her work and thought she had an excellent chance to take the award.  Her poster was very professional, and only one other poster had also been done using this particular technique.  While Saron's work was definitely impressive, the other student was awarded the recognition, based on the quality of the research.  Her professor, a friend and colleague, said to me when I congratulated her "I told her 'there's your competition.' "  I laughed and said I had told Saron the same thing about the other student.  Saron's research was on her work in Senegal, Africa; the Delta State student's research was on the incarceration rates in Mississippi, and certainly was a good piece of work. 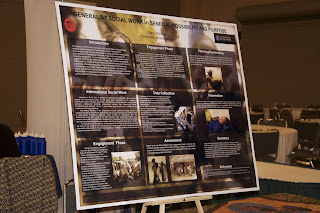 We always have a silent auction to benefit our PACE committee, and I have been taking something for the auction from my travels to South Africa.  This year, I took a wine bottle tote that had been hand crafted from recycled plastic bags.  It is from one of the women's coops that I visit when I am in South Africa.  I stopped at Katz Wine Cellar in Jackson as they generally carry the finer South African wines and selected the flagship wine of the Warwick Estates.  I bought one for myself, and one for the auction.  The wine alone is a $30 wine, so we set the starting bid at 35.  I opened it, and went by once to up the bid to buy back what I had already bought once. :)  However, it had two higher bids by closing time, so I was pleased that my efforts had made money for the committee, as well as above my own investment in it. 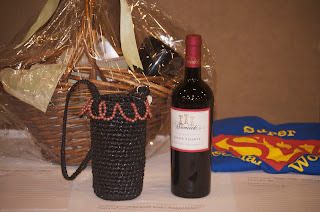 I enjoyed learning a bit about the history of the area that night, when I begged off going out to eat and stayed in my room working on a manuscript.  Jill and I were across the river in Vidalia, Louisiana, in a fairly new hotel on the river.  Our room was quite luxurious and spacious, and we had an incredible view.  I learned the town was named after a Spanish explorer who established the first landing there and his name was Vidal.  I began pronouncing the name of the city with Spanish inflection--"vee-dahl-ee-uh" instead of the Mississippi-Louisiana "Vie-dale-yah"--just for my own amusement.  I am easily amused. 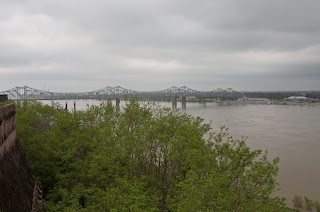 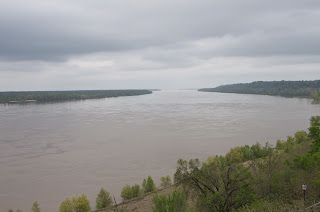 It was also "Pilgrimage" in Natchez this week--an annual event when the city "celebrates" its ante-bellum past.  Jill and I were leaving town Friday and noted this scene, so stopped to peer over the fence.  One of Jill's friends from college who lives in Natchez told her the numbers are so far down this year that there is talk of not having it next year.  This tradition--like many in Mississippi--represents those vast inequalities that are both historical and current. 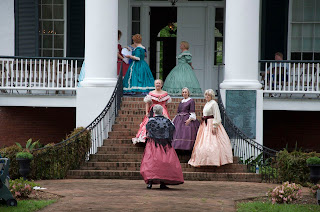 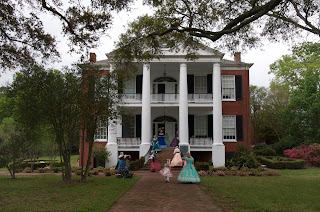 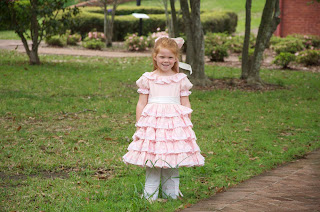 I didn't know all that about Elvis although I wasn't one of fans! You're right on the money about people sleeping together in olden times or when money was scarce. Hey, Abe Lincoln did it! You write such interesting articles!

Thanks, Betty. Likewise, I see little visual vignettes when I read your stories of your early life.

Actually, "the Family Bed" was the norm until around the 40s or 50s when we decided something else. In South Africa due to poverty and space, many families still sleep in one room or 1 bed--indeed live in one room.

Yeah, there was talk that old Abe was gay because he sometimes slept with men but I don't believe that's true. I think it was the norm.