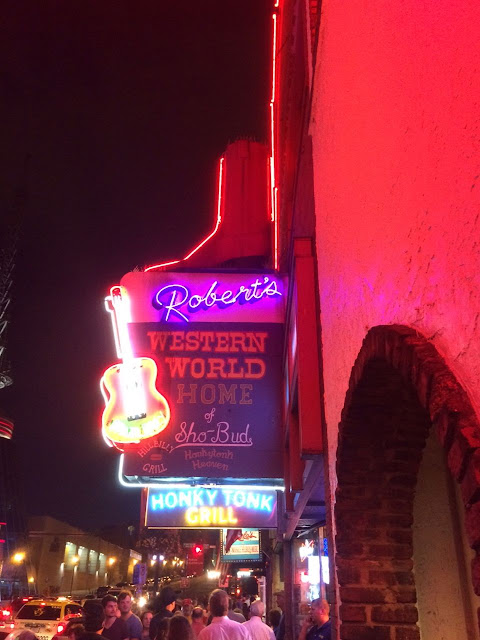 We spent last night and today in Nashville, for me to work on some research on the way home.  Rand's friend told us we had to go down on Broadway to Robert's Western World and listen to the band.  They play the old songs--you know, those by Merle Haggard, Buck Owens, Waylon Jennings.  We are not much on the night life for quite some while now, but hey, it was my birthday and we were in Nashville. 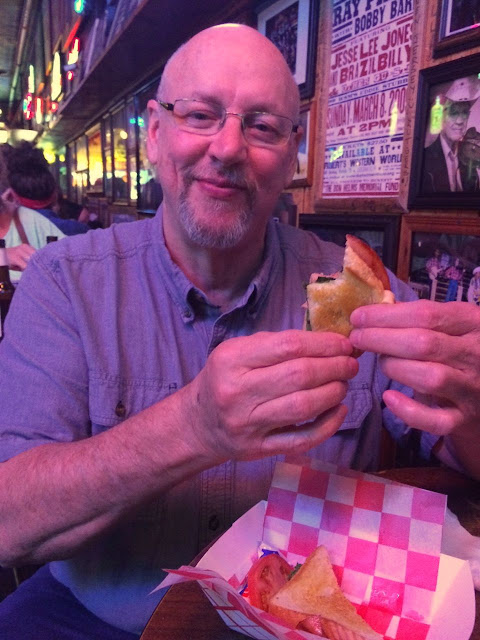 In addition to the music, they are famous for the fried "baloney" sandwiches.  We both ate fried baloney growing up, in sandwiches, and sometimes for breakfast, so Rand had to try one.  I asked "How is it?"  Like fried baloney. 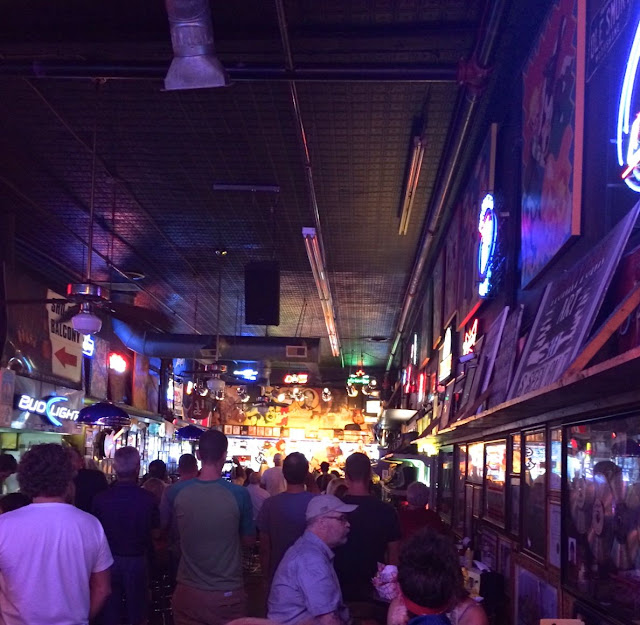 We did enjoy the band, and I was impressed at how many people came out to celebrate my birthday with me!

Happy happy birthday! All day long I was thinking it was tomorrow and thinking today was still the 5th! Sorry I am so late to send greetings, but hey, what could be better than some good ole country music and baloney sandwiches?! Love you and here's hoping this next year is a little less hectic.

Happy Birthday! What a great way to celebrate! Now I'm hungry for a fried baloney sandwich :) Looks like fun!

We had such a great time! Weird, but this comment appeared earlier today, along with one from Linda Re, and I answered. I think I fell into a time warp.

Nope, I was not in a time warp, that was yesterday's post--my bad!

Happy late birthday! Boy am I behind. I've been sucked into a book about the civil war and should come up for air more often. Lol