On the road to healthy again I believe that I will be back in fine form shortly, but at least by Tuesday and time to return to the semester's start.  J and I were both sick by the time we got home from Texas Tuesday night, and he wisely went to the doctor on Wednesday.  I thought I did not have time.  Thursday, I was giving a workshop all day, and Wednesday, I was preparing for it all day.  After the most miserable Thursday night I have had in a while, I went to the doctor Friday morning and stayed home from work.  I can count on the fingers of one hand how many days I have missed due to being sick since 2003, and have some fingers left over.  I always start out on these rare occurrences of really getting sick like this thinking "it's just allergies" and that it will pass.  I do what my doctor always tells me to do--fluids, guafenesin, and antihistimine or decongestant, depending on which is the issue, which usually works in a few days.  Not this time--it had already moved into sinus infection, and I had blisters on my throat that would choke Rio, which made it painful, and almost impossible, to swallow.  Coughing was worsening to the point of secondary issues.

Since I had been cleaning out Rio's hay barn and shoveling horsepoop and hay, in a bit of wind, that is what triggered it.  But, after 5 days and worsening, I deemed it time to move the level of care up to the professionals.  They did do a nasal swab (my first--really a lot of fun!) and a blood test to rule out flu and anything else that might be lurking in terms of infection, but that was all fine.  Medicated up, soup, lots of fluids, and all afternoon in bed and I felt much better by nightfall.  Although I did not sleep last night (likely due to being medicated up--note, that is different from medicated--medicated up is the whole package when you have so much going on in your system, everything is haywire) I had a fairly restful night with little episodes of coughing, and feel way better this morning.

The sun is shining and the temperature will be in the low 50s, so I am a bit miffed.  I wanted to go to Mound Bayou to the fundraiser for the Taborian Hospital (Urgent Care Clinic) being held today.  I have not seen the clinic since the restoration of the building, and today is such a beautiful day for taking pictures, and a drive through the Delta in the hope of seeing snow geese in the fields.  I carefully weighed it though, and reminded myself that if I keep putting off taking care of myself, it takes its toll eventually.  The toll basket is full at the moment. 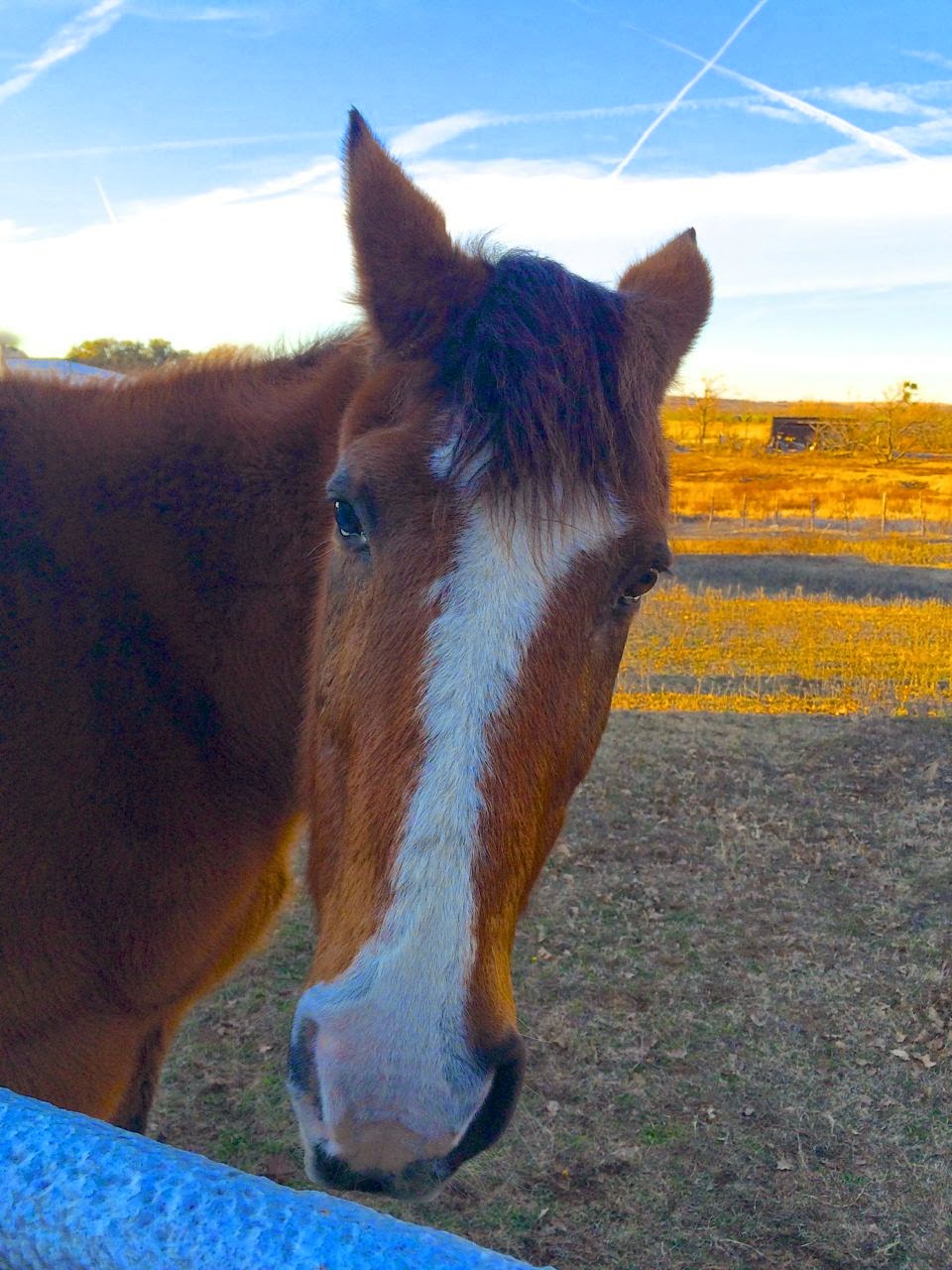 I did not take many photographs on the recent trip, and all of them were just around the house, but I needed to move them to my desktop so I could see what needed to be deleted and what kept.  Rand wants me to make another photo set of Rio to put in Dad's bedroom so on those days he does not feel like getting up, he can see him.  I have another studio mount frame, with 5 slots for pictures in this one, still in the package from some project I started 2 or 3 years ago, so I thought I would work on it a bit while I am "recuperating."

Generally, I look out the kitchen window to see if Rio is at the side gate, next to where his feed and water and shed are.  When it is getting close to feeding time and he is not out there, I walk down and to the other side of the shop to see if he is at the east gate.  Sometimes, he stands at that one, watching to see if we come out the other door or drive in if we have been gone.  His other favorite spot is to stand by the window of the shop and he can see if someone comes in and turns on the light.  When we do, then he heads in his circle around the woodpile and takes up his stance at the gate to wait for his treat or handful of feed, makes the circle again, and goes to the feed bin.

Sometimes, I think I should be more like Rio--with a routine of rising and sleeping, lots of walking, uncompromising affection and loyalty, and more patience.

Thanks, LindaRe. I am working on it!

Coming home sick is like a double whammy. Take care, thinking about Rio is good medicine!

True, but if you have to be sick, better to do it at home! Rio is good medicine--I've been looking at his picture all day. :)

Yuck, yuck, yuck. And honestly when I'm sick I pull out my pretty tea pot too and drink way too much tea with way too much lemon and honey until I feel somewhat reasonable again. Sorry you're feeling bad, get better soon!

Thanks, Lana. It's strange this time, I feel better, then worse, then better, then worse. I may have been too optimistic about being well by Tuesday, but definitely had a better night and not as bad this morning. Could you bring me some lemon, please...I have honey. :)