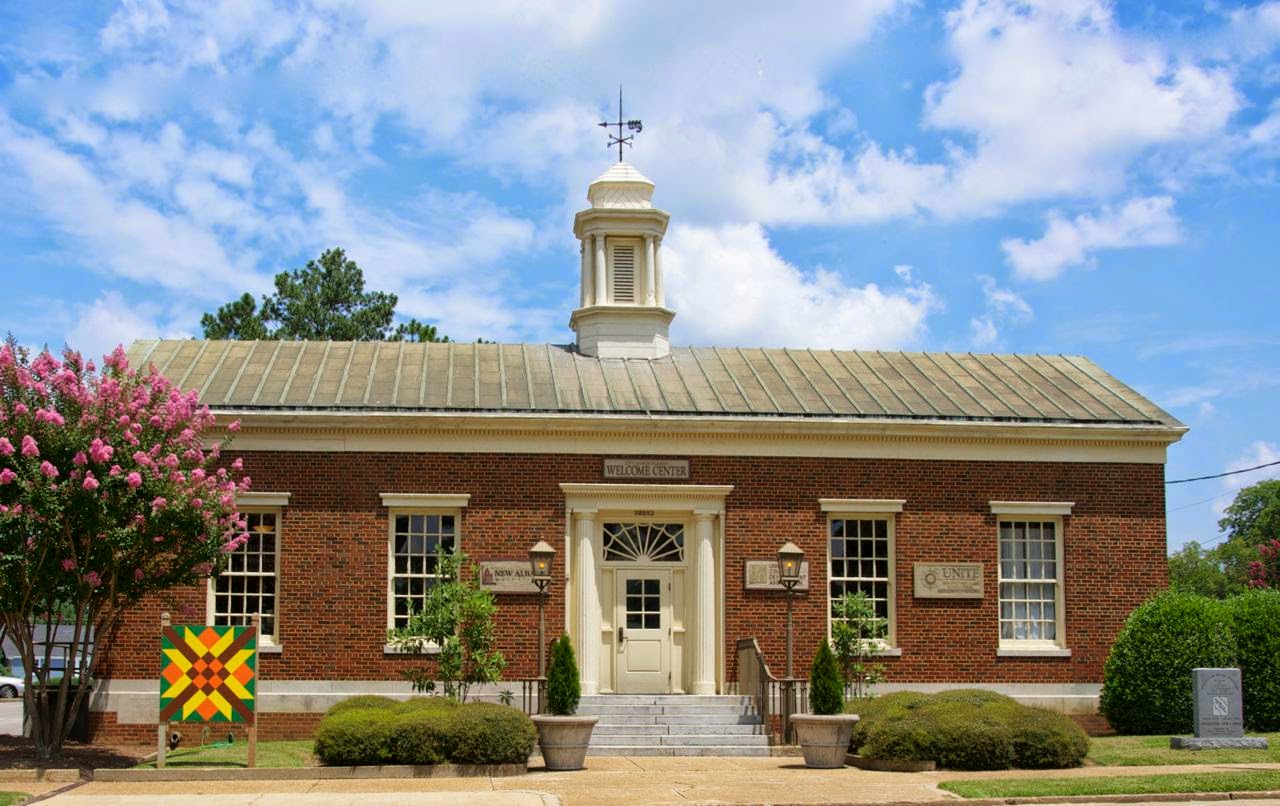 The 1936 Colonial Revival post office in New Albany was constructed through the Treasury department, under Louis A. Simon, Supervising Architect of the Treasury (MDAH Historic Resources Inventory).  The construction company was Blair, Algernon of Montgomery, Alabama, who built 9 post offices in Mississippi. 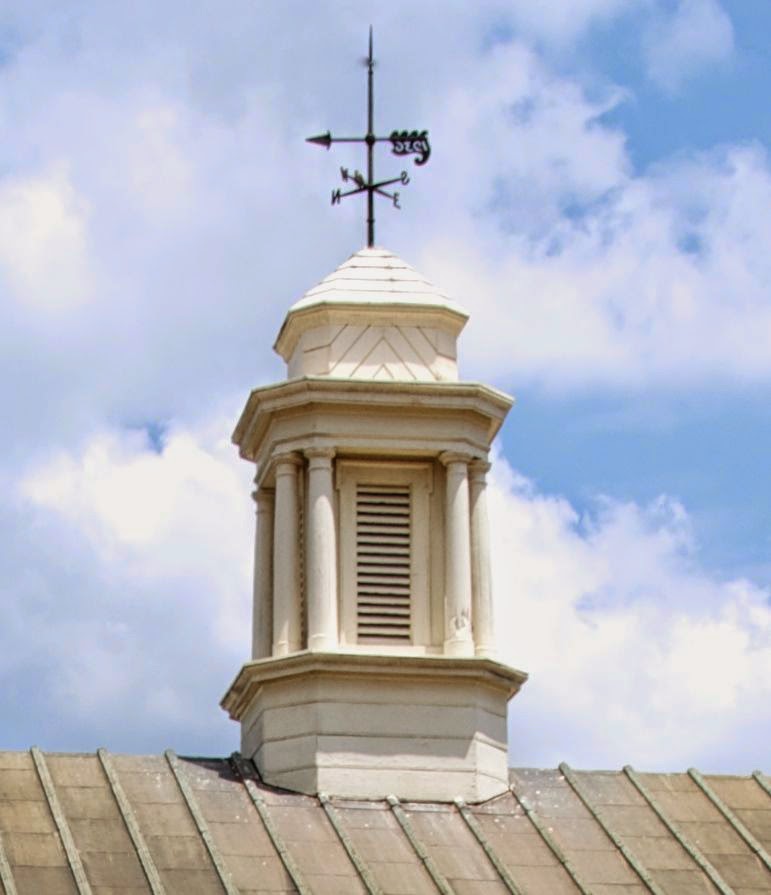 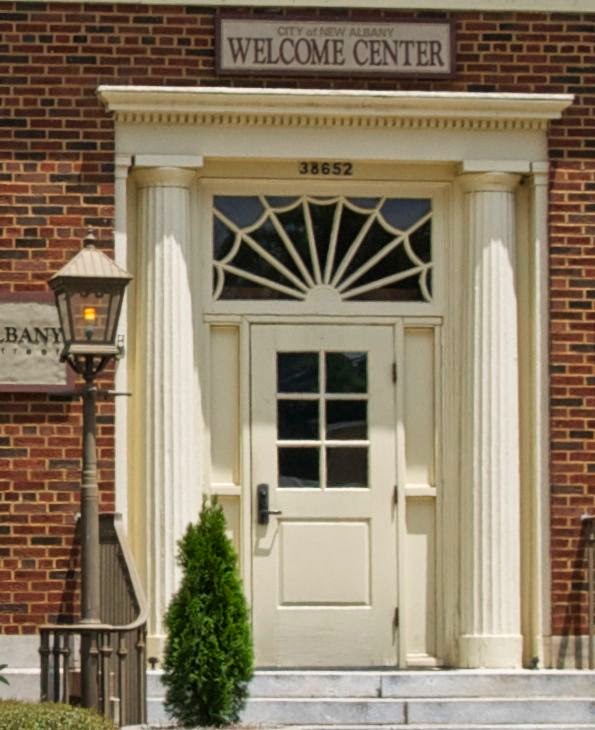 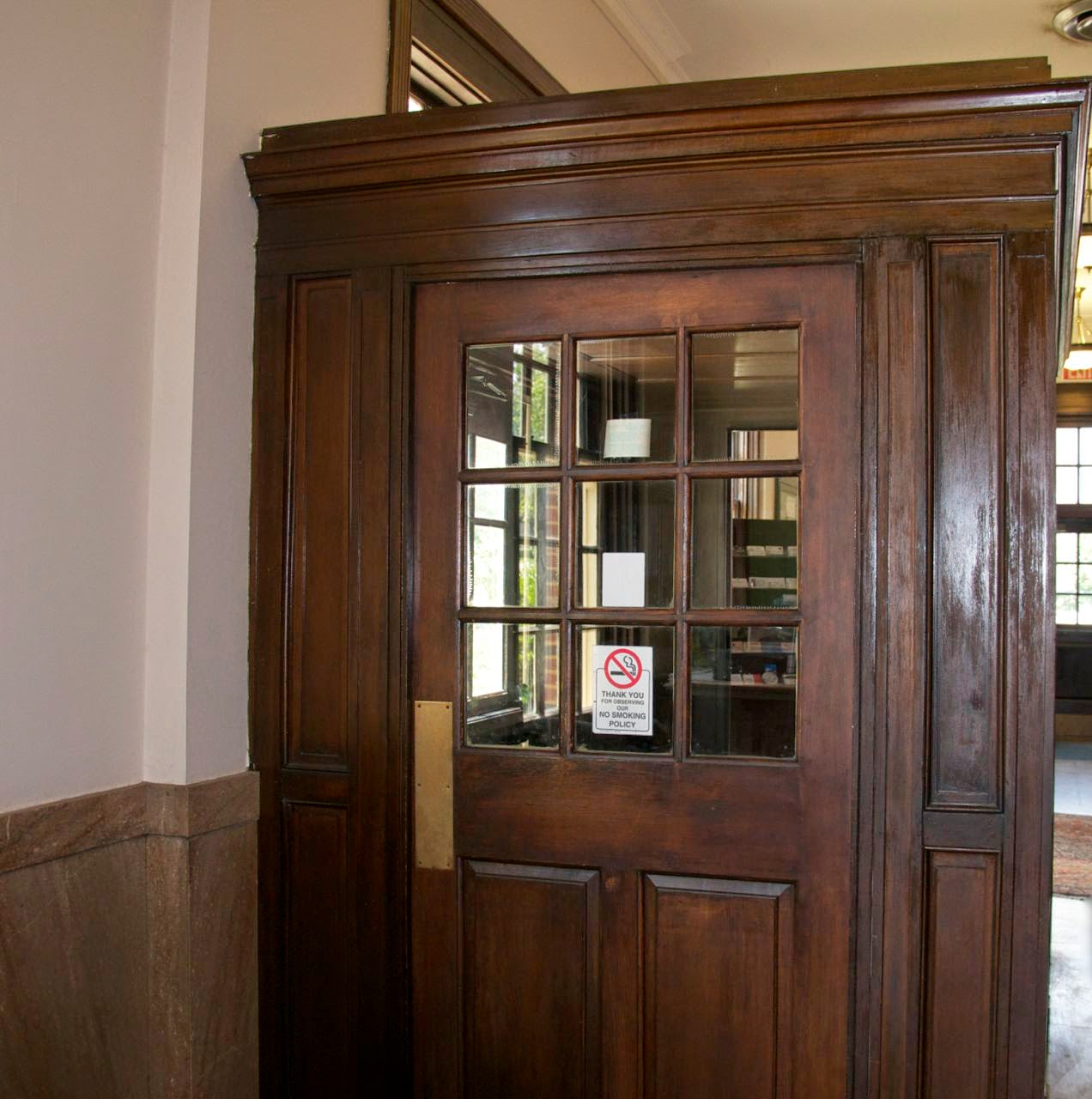 The interior of the building, which is currently in use as the Welcome Center and Development Association, retained original features such as the marble wainscoting, wooden vestibule entry, 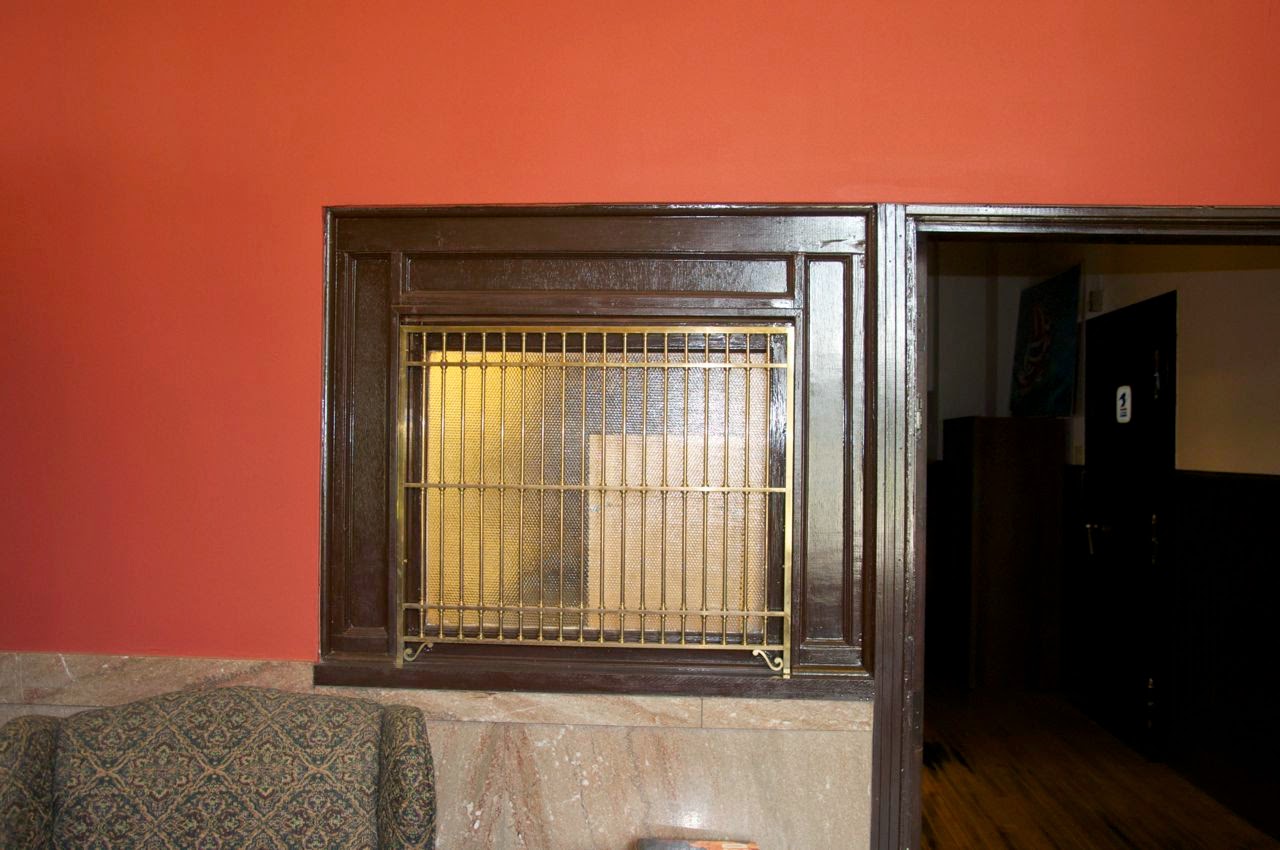 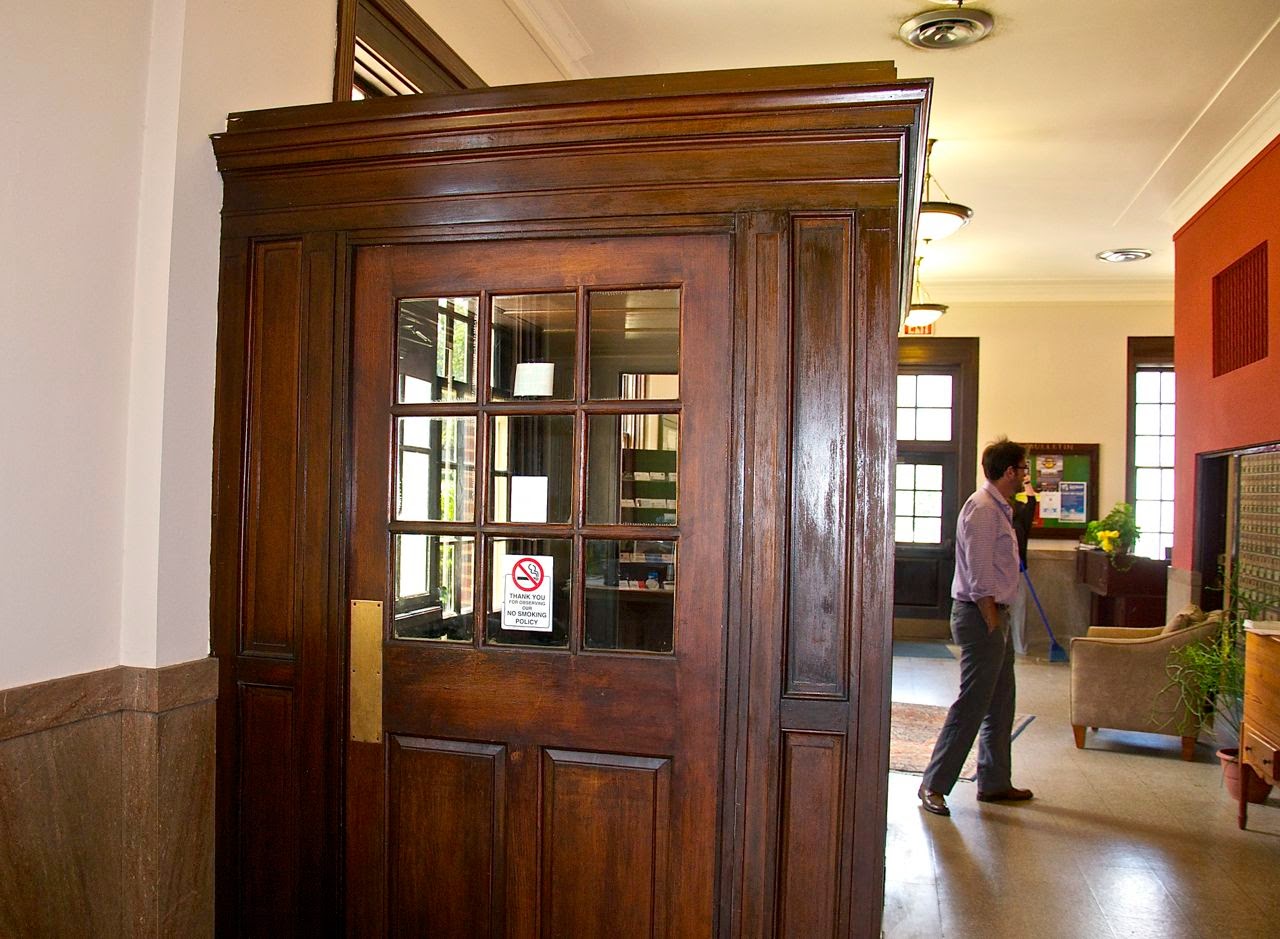 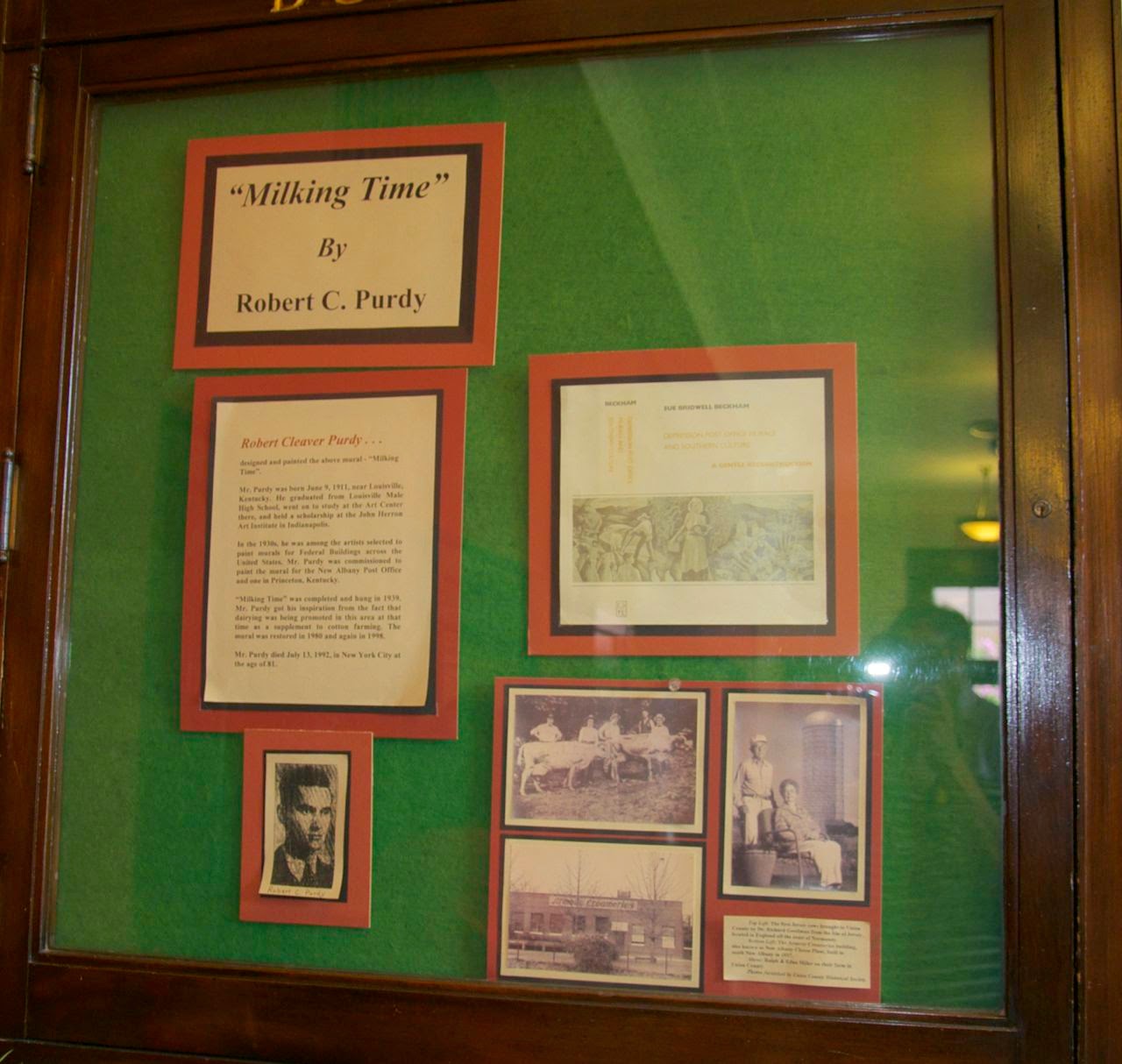 The local Armour Creamery was a vital part of the economic scene during that time, and the building is still extant, though not in use.  The role of farming and dairying in New Albany is thought to have influenced Purdy's mural. 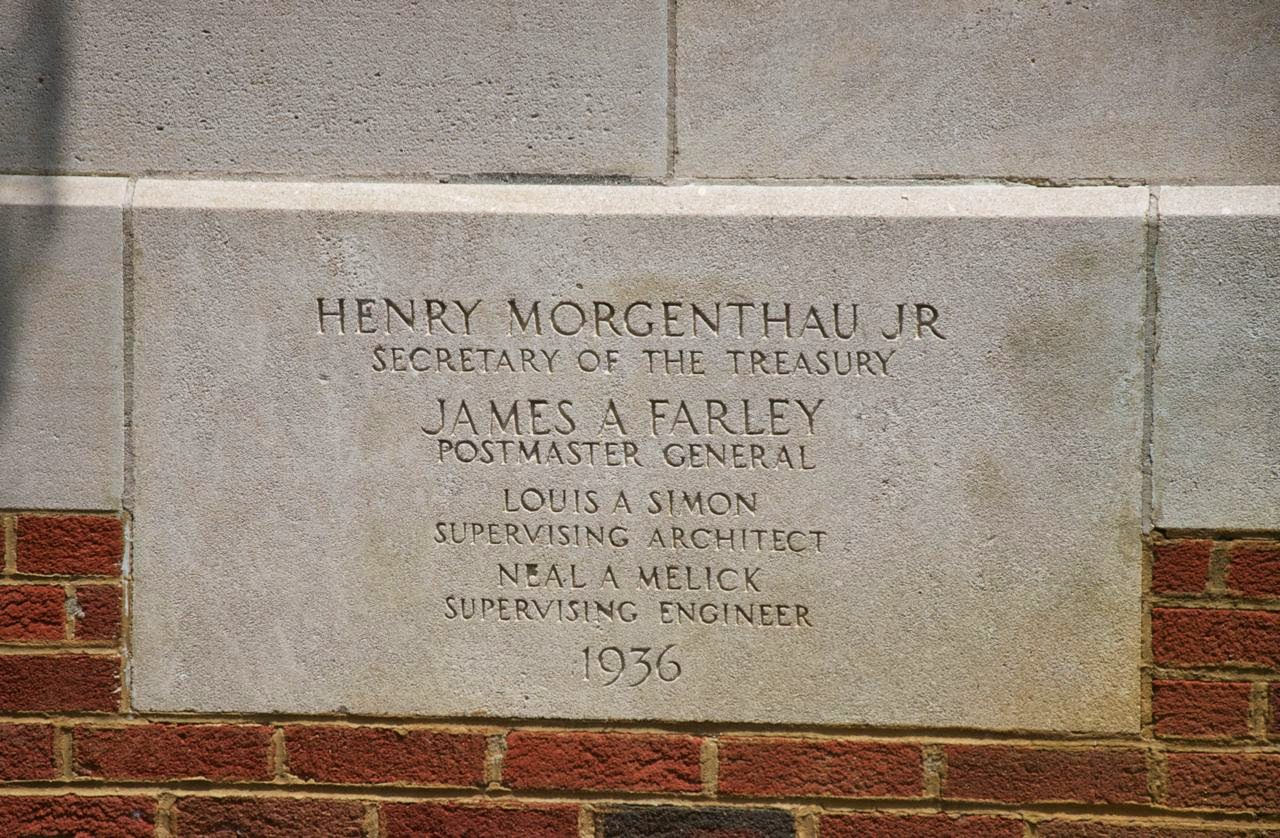 New Albany represents another fine example of a town preserving its historic architecture, including the buildings constructed through the New Deal administration programs.
Posted by Suzassippi at 10:20 AM

I never tire of seeing these buildings or the murals (love this one). It is heart warming to see a community with preservation efforts.

I know what you mean! It is so sad that some communities don't see how important these were.

So happy they have saved and continue to use this. The Montpelier post office had the same service window, but ours didn't have brass it has serviceable blast cast iron. Hopefully posting some pics and stories this week. Fingers crossed!